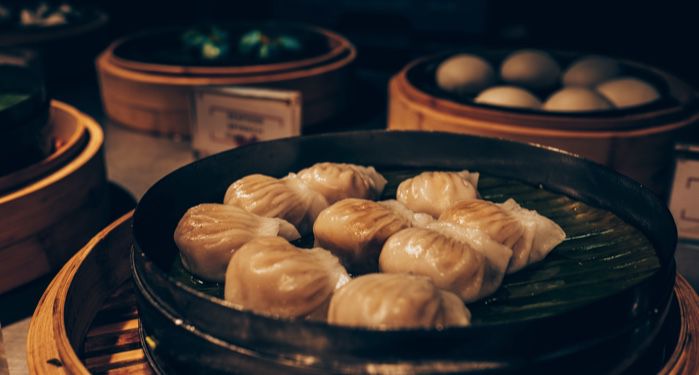 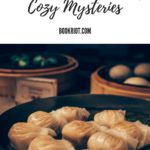 Culinary Cozy Mysteries are the perfect melding of two of my literary interests: cozy murder mysteries and food. Each book focuses on a type of food, whether it is cupcakes, ice cream, or pizza. Many even have recipes at the end and most have a terrible punny title.

One thing I’ve noticed with these series is that the first mystery is always personal. The main character or their family are the top suspects for the murder and it’s up to them to clear their name. The subsequent culinary cozy mysteries in the series move on to other suspects for murder.

Here’s a list of ten murder mystery series focused on the wonderful world of food. 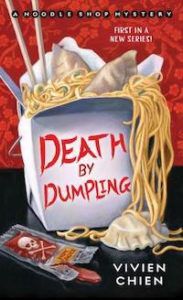 Death by Dumpling by Vivien Chen (A Noodle Shop Mystery)

With five books out and at least two more on the way, Chen’s Noodle Shop Mysteries have to be one of my favorite cozys on the market. Lana Lee didn’t want to work in her family’s noodle restaurant, but she finds herself there after quitting her job. But she gets more than she bargained for when one of their customers turns up dead after eating their shrimp dumplings. Now Lana has to clear her name and her chef’s name by figuring out who killed him. Bonus, she has a dog named Kikkoman. 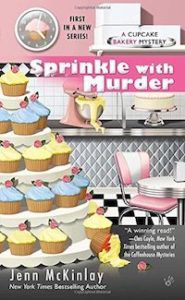 In the first of McKinlay’s Cupcake Bakery Mystery series, Melanie Cooper and Angie DeLaura have opened their Fairy Tale Cupcakes bakery. However, they find that their first customer is a bridezilla who wants 500 cupcakes. When she shows up dead by cupcake, Cooper and DeLaura find themselves as the suspects. 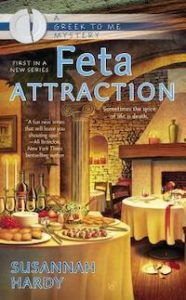 Feta Attraction by Susannah Hardy (A Greek to Me Mystery)

While running a restaurant and dealing with a ghost haunting film crew isn’t enough, Georgie Nikolopatos’s husband Spiro has gone missing. But then things get worse when she discovers the body of their main competitor Domenic “Big Dom” DiTomasso. Now she has to find Spiro and clear her name. 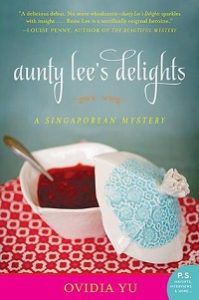 When Rosie Lee’s husband passes away, she decides to open her own restaurant, Aunty Lee’s Delights, that serves delicious Singaporean food. She begins hosting special dinners for special guests including stepson Mark and his awful wife, Selina. However, when one of her guests fails to show up to the dinner and a body is found, she thinks the two are connected and decides to investigate. 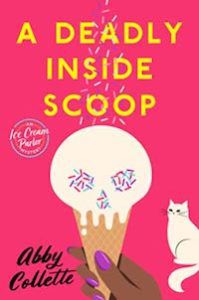 A Deadly Inside Scoop by Abby Collette (the Ice Cream Parlor Mysteries) (May 12, 2020)

This new series features Bronwyn “Win” Crewse who is taking over her family’s ice cream shop, Crewse Creamery in Chagrin Falls, Ohio. She’s going to bring back the homemade ice cream that the shop was known for. But her opening day goes all wrong when an early snowstorm covers the town and she finds the body of a man who wronged her family in the past. Now in addition to trying to jumpstart the business, she has to try to clear her family’s name. Warning: you will want ice cream. 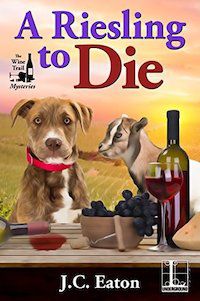 A Riesling to Die by J. C. Eaton (The Wine Trail Mysteries)

When Norrie Ellington’s sister and brother-in-law take a year sabbatical from running the family winery, Ellington, a screenwriter, finds herself minding Two Witches Winery. However, local B&B owner Elsbeth Waters makes it clear that she hates all the wineries in their area. But when Waters’s body is found on the grounds of Two Witches Winery, Ellington is going to have to clear her name. 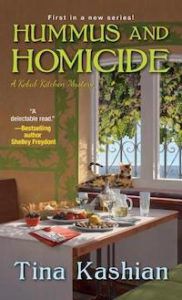 Hummus and Homicide by Tina Kashian (A Kebab Kitchen Mystery)

Lucy Berberian has returned home to Ocean Crest, New Jersey, after quitting her fancy lawyer job, and has started helping out in her family’s restaurant, Kebab Kitchen. Unfortunately, she runs into Heather Banks, an unpleasant and snooty high school classmate who hasn’t changed a bit. As the health inspector, Banks writes up the restaurant for violations and then dies on the street, making Berberian the number one suspect. 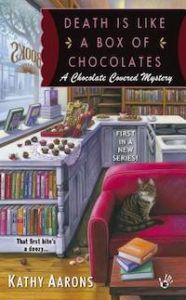 Michelle Serrano and Erica Russell are hosting the Great Fudge Cook-off in their town of West Riverdale, Maryland, to celebrate their bookstore and chocolate shop. However, when the portrait photographer is killed by poisoned truffles, Serrano is the number one suspect and Serrano and Russell have to team up to clear her name. 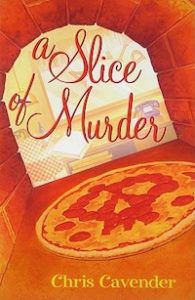 A Slice of Murder by Chris Cavender (Pizza Mystery)

Eleanor Swift, owner of A Slice of Delight in the town of Timber Ridge, North Carolina, is looking for some time to heal after a broken heart. Unfortunately, there’s a distance between desire and reality when a late night customer dies… 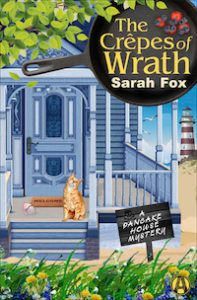 The Crepes of Wrath by Sarah Fox (Pancake House Mystery)

Marley McKinney takes over her cousin’s pancake house when he’s recovering from pneumonia. But when her cousin is found dead and she finds evidence of stolen merchandise in the pancake house, she teams up with her cat, Flapjack, and a former crush to get to the bottom of it all.