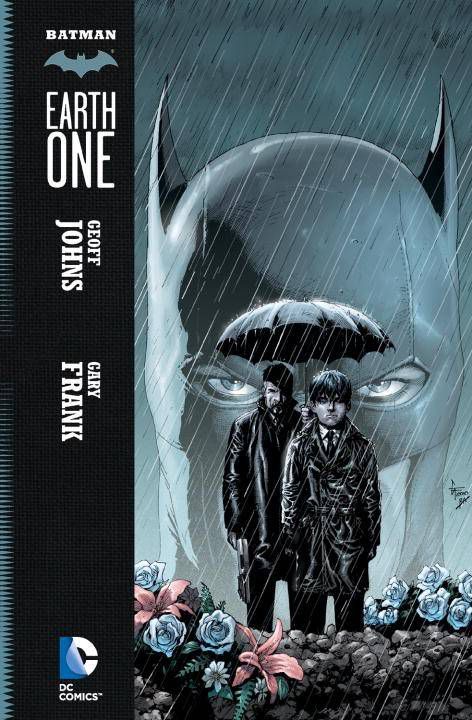 The first time Marvel Comics and DC Comics co-published a book together, it was an unlikely title. Together, the publishers produced an official adaptation of the classic MGM musical The Wizard of Oz in 1975. No one from their respective line of superheroes appeared in the comic. It was just a straight-forward version of the 1939 film. This helped break the ice between the two competitors and allowed for a crossover featuring two of their biggest characters. The following year, Superman vs. The Amazing Spider-Man was published. Its claim of being “The Greatest Superhero Team-Up of All Time!” was barely hyperbole.

Superman vs. The Amazing Spider-Man (1976) Cover

This first meeting between corporate icons was written by Gerry Conway, penciled by Ross Andru, and inked by Dick Giordano. All three were solid pros by 1976. Conway and Andru had both done fairly high profile work for both DC and Marvel while Giordano was a highly respected artist who would go on to be an Executive Editor at DC from 1983 to 1993. These three made one top-notch book.

Superman vs. The Amazing Spider-Man was a tabloid-sized one-shot comic. Its storyline was pretty simple. The book opened with solo stories about Superman fighting Lex Luthor and Spider-Man fighting Doctor Octopus. Each hero defeated his respective villain and sent him to jail. There, the two criminal masterminds met and decided to work together. Being supervillains, they immediately broke out of jail and kidnapped Lois Lane at a news conference to draw out Superman. Unfortunately, they accidentally grabbed Mary Jane Watson too, which really cheesed off Spider-Man.

Anyway, each hero thought the other was behind his love interest’s disappearance and so they fought, hence the “versus” in the title. Instead of Spider-Man being pounding down almost immediately, Lex Luthor secretly enhanced the Wall Crawler with red sun powers so he could take on the Man of Steel, which he quickly did.

From Superman vs. The Amazing Spider-Man (1976)

This story used the tabloid size to great effect. Several stunning splash pages liter the story. Hero shots are doled out in equal measure and everyone comes off looking their best. It’s a fun book to sit down and flip through if nothing else.

Among the crossovers wasn’t simply the heroes and villains but also the supporting cast members. While Lois and Mary Jane only get an annoyingly small amount of page time, Peter Parker and Clark Kent’s bosses got a little time to interact. J. Jonah Jameson, editor-in-chief of the Daily Bugle, and Morgan Edge, president of the media corporation who owned both WGBS and the Daily Planet, exchanged small talk in a New York City bar.

From Superman vs. The Amazing Spider-Man (1976)

In the end, the good guys defeated the bad guys and normalcy was restored to the world. The character who came out the worst in the whole affair was Doc Ock who looked like a real goon when compared to the genius that is Lex Luthor. He was more evil sidekick than true visionary, as he his during his many one-on-one battles with Spider-Man.

It was another five years before DC and Marvel collaborated on another project. Then, in the summer of 1981, two projects were released. One was the first meeting between the Hulk and Batman. More germane to the topic today was the second meeting between Spider-Man and Superman. This time, the pair teamed up to take on Doctor Doom and the Parasite.

While the heroes once again paired well together, the villains were another story. Doctor Doom is among the most A-list of villains in Marvel’s toy-box but the Parasite is C-level at best. He’s the sort of villain Superman would take out in a pre-credits sequence of a film. Doom overshadowed him so completely, all the Parasite could do in the story was sort of whine about how Doom was overshadowing him. It wasn’t particularly endearing.

This time, the pairing of these two corporate icons was written by Jim Shooter and Marv Wolfman with the majority of the pencils done by John Buscema. A small army of nearly a dozen artists worked on the backgrounds, some character models, and the inks.

In 1981, the Hulk was in the midst of a pretty successful TV series. Never letting an opportunity go to waste, Marvel insisted that Hulk be added to the mix. So, he was. DC countered by forcing Wonder Woman to also be a part of the story. Fans hoping for some fun interactions with her were disappointed as her bit in the story was short and mostly a waste.

For Hulk’s part, Doom used an ultrasonic robotic fly to enrage him into going to Metropolis and accidentally freeing the Parasite. Superman was on hand to stop the Green Goliath but Hulk put a hurting on the Man of Steel. Before a true victor could be decided in this battle of titans, Superman managed to end the Hulk’s rampage by destroying Doom’s small robot.

Those two panels seen above are a true representation of this book. Where the first meeting between Spider-Man and Superman felt huge and expansive what with its large panels and clear dialogue, this followup is loaded down with small panels and simply too many words. Doom has monologues that go on for pages. The narrator goes for three caption boxes where one, at most, should go. It’s a real mess of a book. To make matters worse, Superman’s normally bright-blue suit is colored dark and drab.

The whole affair ended on a high note. After having his plans defeated by Superman and Spider-Man, Doom flew away on rocket boots until those gave out and he had to hotfoot it through Manhattan. This panel of a middle-aged man in a full suit of armor and giant cape somehow outrunning Superman who is, by his own admission, faster than a speeding bullet makes me so happy. It’s good old-fashioned crossover absurdity at its best.

Superman and Spider-Man would meet a few times in the future, but never again as co-headliners. The mixture of Superman’s might and steadfastness along with Spider-Man brains and quips made for a fun duo. It’s a shame we didn’t get more of their adventures together.

These two stories can only be found in both their original print run and in a book titled Crossover Classics Vol. 1, which is sadly out of print. DC and Marvel got along well as co-publishers for many years but had a falling out in the late-1990s so I’m not expecting this title to be reprinted anytime soon. Track it down. It’s well worth your time.