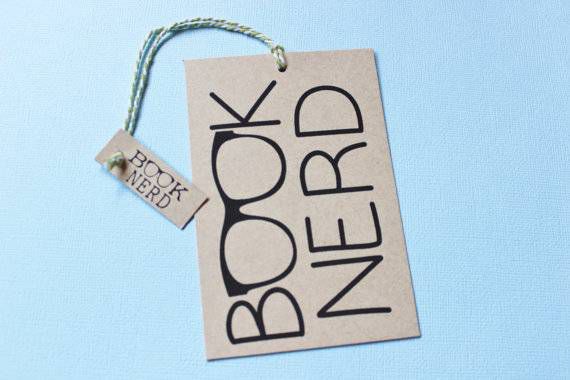 Presidents have been appearing in American comics since nearly the beginning of the medium. Franklin Roosevelt appeared in several different comics in the early 1940s, President Reagan appeared fairly regularly in comics of the 1980s, and President Clinton gave a speech at Superman’s 1993 funeral. But Superman’s relationship with President Kennedy was more than simply a politician interacting with a superhero. Their relationship would most accurately be defined as a true friendship though they had a bit of a slow start.

John F. Kennedy took the oath of office as the President of the United States in January of 1961. His first time meeting the Man of Steel came very shortly thereafter. During an “Imaginary Story” (an out-of-continuity tale which let writers run wild) detailing a time in which Lois Lane finally married Superman, a reception for the newly married couple was held. Among the party guests were President Kennedy and the First Lady.

The couple’s only appearance in the story was this one panel. But from this humble beginning did great things grow.

A few months later, Kennedy appeared in an official story for the first time. When Jimmy Olsen got his hands on a small device that destroyed iron from a distance, Superman knew that national security was at stake. He took the object from Jimmy and personally presented it to Kennedy to use against enemy “battleships or tanks”. By this point in his career, Superman was a true patriot. Kennedy, looking not a bit like himself, accepted the kind offer of the incredibly powerful weapon.

It was only two months later when Superman again ran into the president. Or, at least, a close facsimile. A pair of shape-changing aliens landed on Earth in a bid to kill Superman. Towards that end, they attracted a bunch of Kryptonite and, you know what? The details don’t really matter. In any case, they dressed up like Kennedy and Nikita Khrushchev, the U.S.S.R.’s Premier, in an attempt to send Superman into a death trap. The Man of Steel, not taking kindly to aliens trying to kill him, slapped the crap out of them.

Supergirl, Superman’s cousin, crashed to earth in 1959 and for three years her existence was kept a secret from the outside world. She was Superman’s emergency backup. In early 1962, Superman decided she’d spent enough time in the shadows and it was time to debut her to the world. One of the first places he took his young cousin was the White House where President Kennedy officially recognized her as a champion of justice. You’d think the President of the United States would be upset that he wasn’t in the know about Supergirl’s existence before this meeting. If he was, Kennedy was statesman enough to not let it show on his face.

Superman’s meetings with Kennedy cooled off after that. It was two years later when the president appeared alongside Superman again.

During a fictional TV show titled Our American Heroes, guests were presented with friends and colleagues from their memorable careers. It was a no-brainer for producers to ask Superman to be their guest for an episode. The Man of Tomorrow agreed, which made things a little awkward. Clark Kent was a known associate of Superman. How could they both be on stage at once? In similar circumstances, Superman could call on Batman to portray Clark Kent but Batman was also on stage. Sometimes, Superman would call in a robot to impersonate Clark at times like this but he knew Lois Lane was on the lookout for such a trick. So, in order to save his secret identity, he had to find another stand-in. When Clark Kent appeared on stage, it turned out to secretly be President Kennedy in a mask.

Having Superman reveal his identity to someone else was a huge deal. It brought the president into an inner circle that very few others ever entered. Most of the Justice League didn’t even know Superman was Clark Kent at this point. This made Kennedy a closer ally of Superman’s than even regular characters like Jimmy Olsen or, day I say, Lois Lane. Kennedy would prove to be one of only a handful of real people who discovered that Clark Kent and Superman were one and the same in the pages of a comic. Muhammad Ali was another. But that’s a tale for another time.

Sadly, and unfortunately timed for DC Comics, President Kennedy was assassinated around the time of this issue’s release. There’s some discrepancy online as to this issue’s exact date of release but whether it came out just before or just after 11/22/63 is pretty irrelevant. In either case, it’s a jarring transition to go from the news of the president’s murder to seeing him pal around with Superman or vice versa. Due to the nature of an issue’s production schedule, DC couldn’t stop the issue from being released. Readers, for the most part, were understanding.

Surprisingly, Kennedy’s assassination didn’t stop him from appearing alongside Superman just a few months later. The details of how this story was produced is disputed by a few people (most notably by Brian Cronin at CBR in a lengthy article) but the legend goes that this story was in development when Kennedy’s assassination happened. Prior to the president’s death, the Kennedy administration asked DC to help promote its newly christened Council on Physical Fitness. DC agreed. It was completed before Kennedy’s death but shelved afterwards. President Johnson lobbied for the story’s release and it came out shortly thereafter.

Again, it showed the comradery that had sprung up between Superman and Kennedy. The Man of Tomorrow was quick to help in the cause of physical fitness at the direction of the president. The story ended with smiles and a parade. The pair’s friendship was in full bloom.

The final panel contained a note stating that the original art to the story would be donated to the John F. Kennedy Memorial Library. It was revealed last year that the pages did not make it to the Kennedy Library. Much to everyone (including the story’s penciler)’s surprise, they recently came up for auction. Comic art wasn’t highly valued in 1964 so the pages walked out the door one way or another after their creation. DC bought them and finally made good on a promise made half a century earlier.

It wasn’t long before Kennedy again appeared in a Superman story. During a story that featured Jimmy traveling to the far future of 2063, he ran into some criminals. Some space criminals, naturally. The villains were caught because they were the only people in Metropolis who didn’t observe the five minutes of silence that the government called for in memory of Kennedy’s assassination.

For a long time, that was it. Time, and the President of the United States, moved on. Other presidents were elected and most of them appeared in comics of one kind or another over the years. Kennedy’s time was over.

However, in 1980 a new series telling stories about Superboy started being published. Thanks to a sliding timeline found in comics (mostly at Marvel but at DC as well to a lesser degree), Superboy’s adventures now took place in the 1960s. In fact, this story specially places Superman’s birth year as 1952 and this story in 1966.

In the tale, 14-year-old Clark Kent was assigned to write a report about a Mercury spaceflight from 1962. Instead going to the boring library, Superboy traveled back in time to check it out himself. There, he saw his 10-year-old self save this Mercury-Redstone spacecraft from crashing at liftoff. The time traveling Superboy was surprised that he didn’t remember this adventure. So, he followed his younger self around for a while. It seemed that President Kennedy had personally asked Superboy to protect the Mercury launch and, to make sure he couldn’t cheat on a paper he was writing, 10-year-old Superboy later hypnotized himself into forgetting about his meeting with Kennedy and his role in saving the mission.

From The New Adventures of Superboy #27 (1982) by Bob Rozakis, Jose Delbo, and Dennis Jensen

Truth be told, it was a weird little story. It showcased that continuity had shifted in the proceeding 20 years. Superman’s respectful but warm friendship with Kennedy was a relic of the past, unmoored by the passing of time. Now, the only version of Superman who could conceivable interact with Kennedy was a childhood version but this too was wiped away a few years later during the Crisis on Infinite Earths.

These days, President Kennedy is a figure found only in textbooks. His easy rapport and friendship with the Man of Steel no longer exists and now never did in the first place. Kal-El came to Earth sometime in the 1980s or early 1990s and only took on the identity of Superman well after the War on Terror was launched. Of course, this too will change in the coming decades. In any event, the days when Superman could call on the President of the United States for something as irreverent as asking him to wear a mask and pretend to be Clark Kent are long over. I doubt we’ll ever see its kind again.