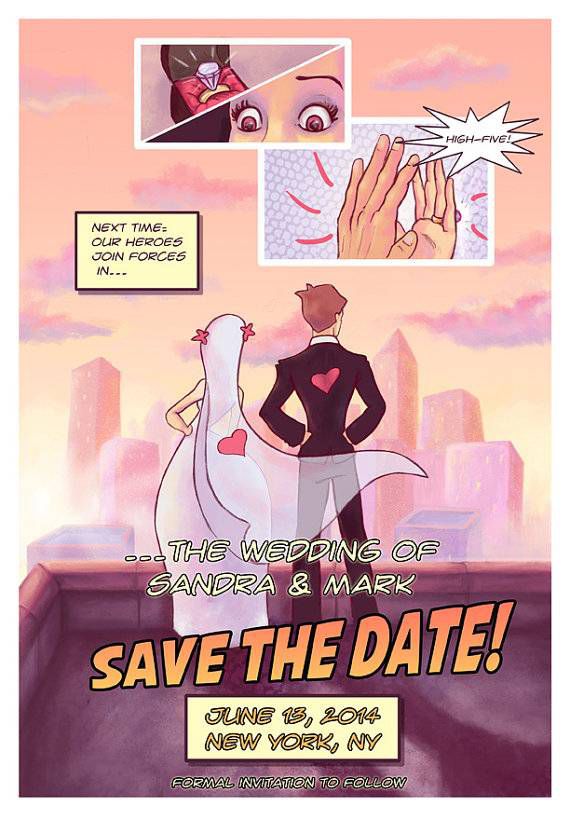 In the late 1980s and early 1990s, the New Kids on the Block were the hottest thing in pop music. Assembled in 1984 by producer Maurice Starr, the group consisted of brothers Jordan and Jonathan Knight alongside Danny Wood, Donnie Wahlberg, and Joey McIntyre. Through their career, they had several number one songs and albums in the United States and abroad. The quintet’s faded popularity made them split up in 1994 though they’ve reunited for a reunion or two in recent years.

Richie Rich, meanwhile, was Harvey Comics’ “poor little rich boy” who debuted in 1953. He came from old money and was used to solving his problem by buying his way out of them. He was gentler than that would make him seem but he was still the one-est of one percents. His family’s wealth is comically huge and they spend it lavishly. While his comics aren’t around anymore, he was rebooted in the last week as a Netflix original series aimed squarely at the pre-tween set.

In 1991, these two forces met when Harvey Comics gained the rights to publish New Kids on the Block comics. Part of that deal led to Richie and the New Kids meeting in their own three issue miniseries.

The book opened with Richie sitting around, immersed in all his New Kids brand merchandise, sort of like the time Lois Lane showed Clark Kent all her Pat Boone goodies. When he learned his dad, Richard Rich Sr., hadn’t been able to get young Richie tickets to the local New Kids concert, Richie got a little sorry for himself, seeing as how it was his birthday and all. Luckily, being rich gives you connections, and Richard called Dick Scott, the New Kids’ manager, and asked for them to be brought to the Rich mansion to play for his son. When they arrived, the New Kids were impressed by the opulent wealth on display.

Odd that the Riches don’t lock their back door.

Anyway, the New Kids begin exploring the mansion in an attempt to find the area they’d be playing in. After wandering into several rooms, alarms finally go off near Richie and he sets off to find out who has broken into his home.

Each room in the Riches’ mansion is one fever dream after another. One room consists of only robotic clowns. Another is one giant maze. As Richie eventually catches up with the New Kids, they’ve wandered into the Weather Room where they soon almost die of exposure.

My favorite part of this scene is Jordan falling flat on his face in the cold, heat-sapping snow for no reason.

Eventually, the only way Richie figures out to pull the five interlopers from their wanderings is to take off the roof of the mansion and fly everyone out via helicopter. Riding the rope ladder appears to inspire the New Kids to write a new song until Jonathan comes in and mucks it up.

Somehow, no one really cares about Jonathan’s near death experience.

The story ends with the New Kids playing at Richie’s birthday and everyone celebrating. Surprisingly, the issue didn’t end there. Similarly to the comic where Archie and the Teenage Mutant Ninja Turtles met, the crossover only took up the first half of the comic. The rest was just regular Richie Rich stories, devoid of his beloved pop idols. Fans had to wait until the second issue to get more co-mingling.

While the first issue featured the New Kids entering Richie’s world, the second was Richie entering the New Kids’ lives. He traveled with them on tour, flew around in a fancy jet, signed autographs for some reason, and even practiced their dance steps with them. So, when Danny suddenly came down with a 24 hour bug, everyone turned to Richie to step in to take his part. Simply by putting him in a doofy hat, sunglasses, and peace symbol t-shirt, none of the fans seemed upset that Danny wasn’t in the group during a concert.

That must have been a blow to Danny’s ego. A poor little rich boy, who was only there because his father knew their manager, could take his place and no one in Rio seemed to care. Ouch.

With the first two issues of this three-issue miniseries successfully pairing Richie in the New Kids’ lives and vice versa, the third issue went with a different route: Everyone went to a robotic dinosaur theme park. As you do. And they fought robbers dressed like cavemen.

It was a weird but strangely forgettable story except for one moment. After getting knocked off his robot, Donnie uttered the famous words, “We Wahlbergs HATE to get knocked off our dinosaurs!”

I hope some reporter somewhere grills Mark Wahlberg during his next press tour about the Wahlberg family’s feeling on dinosaurs vis-a-vis falling off them.

That was it. The New Kids limelight would fade away with Richie’s following soon behind. His stories have only been published sporadically at best since 1994. However, the past few years have seen both a return of the New Kids on tour and Richie Rich on a TV show. Here’s hoping that Richie gets a second season on Netflix and someone pulls some strings so that the New Kids will show up. Well, all the New Kids except Danny. Richie can take his place again.