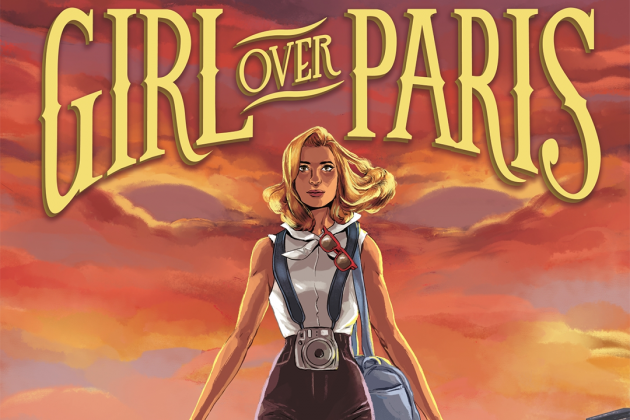 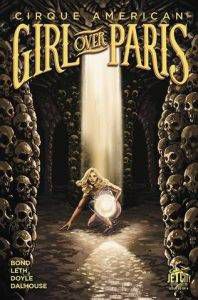 One of my favorite novel series in recent years has been Gwenda Bond’s Lois Lane YA series. Bond has a real knack for writing teen girls and I’ve said more than once that I wish her teen Lois Lane could be given her own comic book.

This year, Bond has dipped into comic books, not with Lois but with Girl Over Paris, a comic sequel for her Cirque American series. Spanning over four issues, the comic (published by Jet City) was compiled in paperback volume earlier this month, and I’m excited to see what fans of the series think of it.

Girl Over Paris continues the story of Jules Maroni, a teenage tightrope walker whose act with the Cirque American is quickly gaining worldwide renown. After a bad experience involving magic and revenge, she’s traveled to Paris with her boyfriend Remy (and her boyfriend’s older sister as their chaperone) to do a limited performance run for a Parisian circus festival. What should be the opportunity of a lifetime becomes so much more dangerous when a mysterious figure starts haunting her … and her performances.

Even if you’ve never read the novels, you quickly get to know Jules as a character — a bit nervous and unsure on ground, but totally fearless and confident on the tightrope. I’m also a sucker for romance (especially how Bond writes it), so the charming Remy and his chemistry with Jules was enjoyable in itself. In terms of the larger plot, it works as a moody maybe-ghost story that benefits from the fact that it’s in a visual medium. 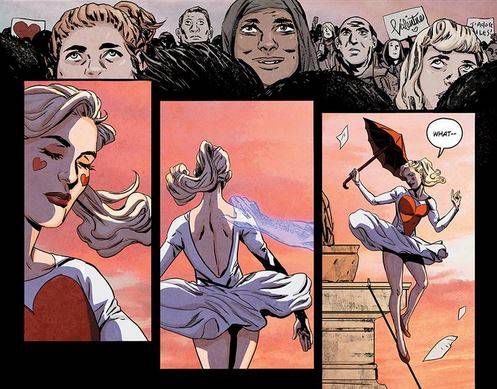 We’re seeing more comic adaptations of novels being made in the past few years (for instance, I absolutely loved Hope Larson’s adaptation of A Wrinkle in Time in 2012). However, it’s rarer to see an original story that fits canonical lyrics into a novel series be written in comic form. Part of what makes it work here in Girl Over Paris is the smaller scope of the story – this story of Jules‘ eerie but short trip to Paris wouldn’t be easily stretched to a full novel but it fits perfectly within the six issues of the series.

The other thing that works in Girl Over Paris’ favor is the creative team. Gwenda Bond conceived of the story, Hellcat’s Kate Leth wrote the script, Ming Doyle did the lineart with Andrew Dalhouse on colors. Doyle in particular is a great fit for this story – there’s a sense of grace to her comic work and the tightrope scenes benefit greatly from that. Doyle also keeps an eye towards fashion, making both the main characters and the people of Paris look like they fit into the city known for being chic. Dalhouse on colors compliments the lineart nicely. 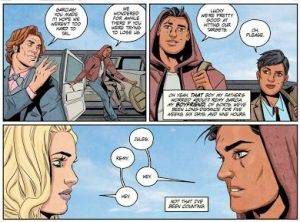 While I’m a fan of Bond’s other work, I admit I haven’t read Girl on a Wire or Girl in the Shadows from the Cirque American series yet, which means Girl Over Paris was very much jumping into the series blind. The good news is that as a new reader to Jules’ story, the comic works as its own thing. And if you do already like the novels, this works as a smaller tale within the larger narrative of the series.

All in all, it’s that mixing and matching of mediums that makes Girl Over Paris a fun read. Why not use sequential art to tell a story for characters you’d usually see in novels? I’d love to see more book series try out comic miniseries for one-off plots. And I’d still love to see DC let Bond explore her version of Lois Lane in comic form.