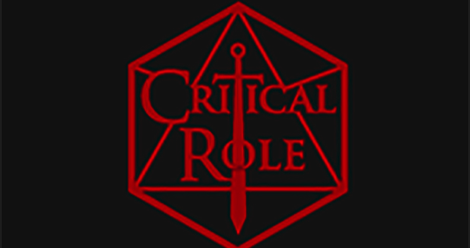 For those of you unfamiliar with Critical Role, it’s a webshow in which a group of professional voice actors play an elaborate—and highly entertaining—game of Dungeons & Dragons. It first aired in 2015 and is now approaching its third year anniversary; well into its second campaign, it has amassed an army of fans.

Critical Role is also the absolutely bananas phenomenon responsible for giving me back my love of fantasy. For which I will be eternally grateful.

You see, the fantasy genre and I had a bitter break up about 15 years ago. 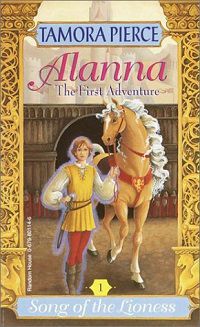 Fantasy books were my first love! When I was 11 or 12 I discovered Tamora Pierce’s books in my school library (beginning with Alanna: The First Adventure), and fell head over heels into my first real book obsession. I read them all and then devoured everything within arms reach that I thought might even slightly resembled them. It was all fantasy, all the time.

But as I got a little bit older, fantasy started letting me down. I wanted diverse and complex female characters, equality of purpose for the leads (meaning female leads were just as likely to go out and save the world as male leads, as opposed to standing somewhere, being “useful”), and for said female characters to not be killed or raped for the sake of a male character’s tragic!backstory of manpain.

The Fantasy genre, in turn, wanted me to be glad for the handful of female characters it had to offer, and to not complain that they all seemed to be either “strong women” warrior caricatures, or idealized Madonnas on marble pedestals, handing down wisdom and gifts to male leads. 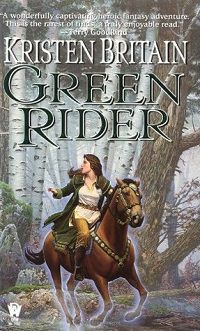 And yes, I’m generalizing a bit. But look this was the late ’90s and early 2000s, and younger me was lucky to occasionally stumble upon a Karigan G’ladheon (Green Rider by Kristen Britain) in a sea of gilded maidens. A dearth of female authors and developed female characters meant a limited number of novels to choose from. I was looking for a needle in a male-dominated haystack.

So I gave up. I moved on to other genres, and settled for rereading the few beloved fantasy series I had left. For years my fantasy TBR ceased to exist, because I just didn’t have the energy to keep trying.

But then suddenly, just last year, there was Critical Role.

Led by master storyteller Matt Mercer, the Dungeon Master, and brought to life by an almost scarily talented cast of players, Critical Role immerses its viewers in a vast, elaborate world. And it’s on-the-edge-of-your-seat thrilling at times, and hilariously random at others. Enemies crumble, cows are impersonated. Hearts break. Backstories can be dark and dangerous. The various adventures (and numerous misadventures) of Vox Machina have more than once been the cause of both rib-bruising laughter and ugly crying on my part. Sometimes in the span of one episode.

And it made me realize just how much I had been missing the fantasy genre all those years! I missed the magic and the monsters. I missed the intrigue and the intricate world building that makes you want to crawl between the pages and live. 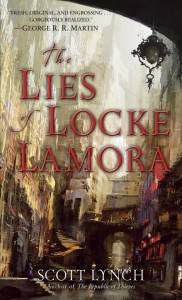 Since I started watching Critical Role I’ve ended up re-discovering books and series I once loved (the strange and dark Diplomacy of Wolves by Holly Lisle), and starting some new adventures as well (the madcap heists of Scott Lynch’s The Lies of Locke Lamora). I’m still wary of fantasy at times, but thankfully I’m finding that a lot has changed for the better in the years since we “separated.”

But I’d never have known, and would probably never have given the fantasy genre a second chance, if it weren’t for a bunch of “nerdy ass voice actors” and their D&D live stream. These days my TBR is always at least half fantasy, and I know who I have to thank for that. 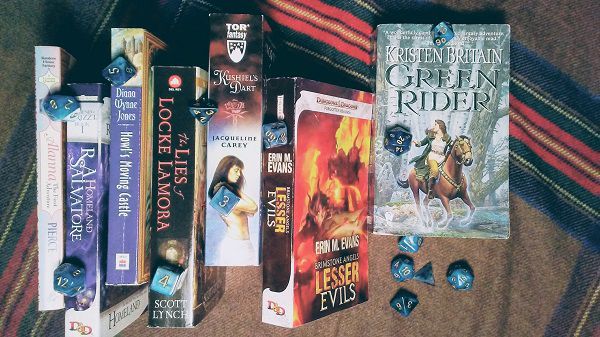 They call us Critters. If you’d like to become a “Critter,” you can go all the way back to beginning on with Geek & Sundry’s Youtube playlist for the first campaign , or if you’d rather listen than watch you can get caught up with the Critical Role Podcast.

Get Your Dungeon On:

And if it’s Dungeons & Dragons that tickles your fancy you should check out the awesome BookRiot posts linked below. Happy adventuring!

Confessions of an RPG Rulebook Hoarder

How to Play D&D On a Shoestring Budget

The Books You Need to Play Dungeons & Dragons

4 Ways Dungeons & Dragons Is All About the Story