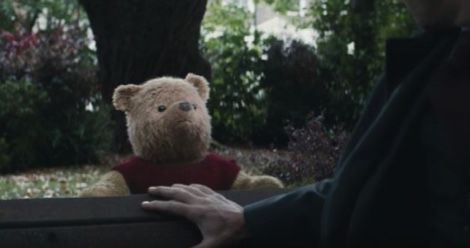 Come for Ewan McGregor shrieking “POOH!?” in the most chipper accent possible. Stay for the absolute adorableness of Pooh and friends going on their greatest quest yet: to save Christopher Robin from… a mid-life crisis?

A federal judge on Wednesday ruled it was unconstitutional for Donald Trump to block people on Twitter, which the president has done to many critics, including horror novelist Stephen King. Later that night, King told “Late Show” host Stephen Colbert why he was blocked.

Worth a look for sure.

Here’s a challenge for you: find a book jacket that features an image of a woman over 40.

My own hunt – as yet unsuccessful – was prompted by the actor and novelist Barbara Ewing, whose novel about a drama-school reunion, The Actresses, has just been reissued. Ewing says she cried when she first saw the cover of the 1997 edition – although it focuses on women over 50, the jacket image was a close up of a young woman’s face. This time around, she and publisher Head of Zeus have gone for an elegant photograph of a silver-haired woman that measures up perfectly to the book’s protagonists. But Ewing says bookshops aren’t interested.

A sad, and sadly unsurprising, truth about middle-aged women (not) on book covers.