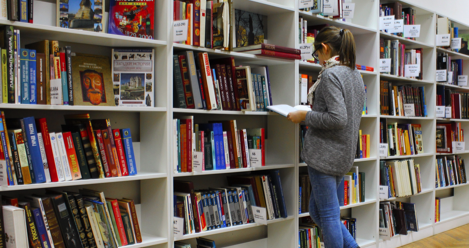 The news came abruptly for many workers who showed up Monday morning at various Barnes & Noble locations to be notified that they no longer had a job, the people said. The number of affected workers couldn’t immediately be determined. As of April 29 of last year, Barnes & Noble employed about 26,000 people.

The head of one of the world’s largest book publishers has described the ebook as “a stupid product” that is unlikely to see further growth.

Arnaud Nourry, chief executive of Hachette Livre, made the comment to the Indian news site Scroll.in in a wide-ranging interview about Hachette’s future in India, which also touched on digital publishing. According to Nourry, the “plateau, or rather slight decline”, that ebook sales have seen in the US and the UK in recent years is “not going to reverse”.

The text on which most versions are based today is drawn from an 1831 edition that contains many revisions. But Jessica Nelson of SP Books, which will publish the facsimile of the notebooks next month to mark the 200th anniversary of the novel’s first release, said the aim of publication was “to give the impression to readers that they are holding the original – so you have the feeling the author gave you the notebooks”.

Facsimiles of Mary Shelley’s original Frankenstein manuscript will be published in March.