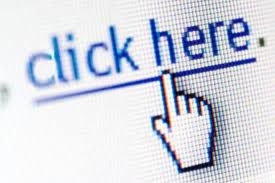 “Really, almost everything that’s been done since was done in Don Quixote and Tristram Shandy. So I find that very heartening, too. Just remember this was invented as a flexible, strong and swaggering form that could do all kinds of things that other forms couldn’t do.”

Jennifer Egan is clearly a superhero whose power is imperviousness to fear of ebooks.

“These books are often — very often — funny, but they aren’t frivolous. I can think of a dozen acclaimed contemporary adult novelists who blunder through this territory, wallowing in sinkholes of sentiment, tangling their narratives in thickets of saccharine fabulist.”

You know what would really show respect for YA? Not feeling the need to compare it to anything else for any reason.

“The tragedy is that I can’t believe anyone loves anything until they say it some ludicrous number of times. I don’t trust them. I don’t trust you. It shouldn’t be like this.”

So true. Enthusiasm inflation has reached a crisis point.

“The design of e-books has been disappointing. Most of them look suspiciously as though their publishers have simply shunted their contents from print on to the screen. But some of the newer titles are more promising, largely because their designers have explored the technical and aesthetic possibilities of the new media.”