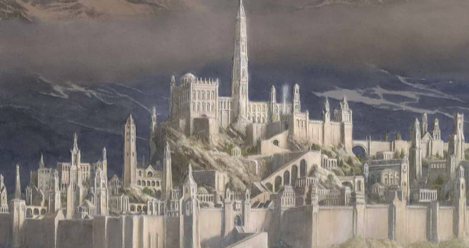 Garth said the story was written by Tolkien while he was in hospital and convalescing directly after the Battle of the Somme. “It’s a quest story with a reluctant hero who turns into a genuine hero – it’s a template for everything Tolkien wrote afterwards,” he said. “It has a dark lord, our first encounter with orcs and balrogs – it’s really Tolkien limbering up for what he would be doing later.”

The book will be published in August.

Zombies have done pretty well for them, so AMC is now delving into the world of vampires, handing a 10-episode series order to the horror drama NOS4A2, TVLine has learned.

Joe Hill’s NOS4A2 is coming for your TV sets.

A forthcoming e-book by authors Cassandra Clare and Sarah Rees Brennan was de-listed on Amazon for two days last week after the company appeared to be convinced that Clare’s newly launched small-publishing initiative was a fraudulent attempt to impersonate the author.