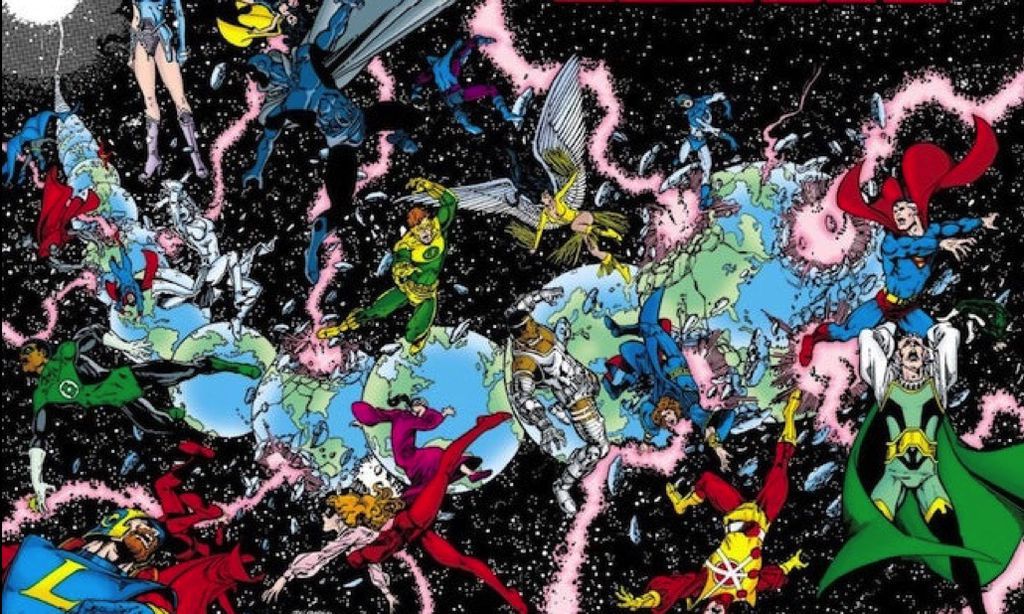 I haven’t watched a CW Arrowverse show in a couple of years and I quit Arrow and The Flash way before I let go of Supergirl and Legends of Tomorrow (the latter of which, I’m told, got really, really good right after I stopped watching and I plan to catch up on at some point) because I was bored of the weekly doses of Oliver/Barry manpain and very much resentful of all of the times women came *this* close to actually making headway only to be fridged or shunted into the background or told by a dude she shouldn’t get involved for her own safety (and listened).

My husband watches Black Lightning (which until now has been kept entirely separate from the rest of the lineup) and loves it, so I need to hit that one as well (time is my enemy there; I’ve had cosplay stuff going on pretty much constantly for the last three years and if I try to sew and invest myself in something audio-visual simultaneously, either I miss half the show or my things end up inside out and backwards).

That said, I did watch last year’s crossover, which was delightful and fun, but this year’s…this year’s is going to be epic and I will most certainly be tuning in. I’m not sure if DC/WB had this project lined up already or if they saw the way people reacted to Cap’s final “Avengers, assemble” in Endgame or what, but this event, and can really only be called an event, gets more and more bananas every day. I’m going to do my best to catch you up to where we were on October 14 at 08:01; keep in mind that between now and when this post goes live, there are likely to be cast additions, maybe subtractions, and who knows what else.

But, here are things as they stand right now:

Crisis on Infinite Earths does have comic source material: a 12-issue limited comics series written by Marv Wolfman and published between April 1985 and March 1986, with art by George Perez, Dick Giordano, Jerry Ordway, Mike Decarlo, John Costanza, Anthony Tollin, Tom Ziuko, and Carl Gafford (aka A Very Big Thing). The idea behind the project was to consolidate the confusing, elaborate, and, essentially, well, infinite DC multiverses back into a single, more reader-friendly universe. The big bad is the Anti-Monitor and there were many, many casualties (one count I found said hundreds of characters), including Silver-Age Flash, Barry Allen, and the original Supergirl, Kara Zora-El. At the end of the series, the DCU was rebooted as a single universe though, in the last few years especially, the universes have started splitting off again so…I…I don’t know, I got nothing.

What other characters are set to appear? Hold on to your capes and tights.

(disclaimer: to keep this thing at a manageable length, assume if a character/actor isn’t mentioned, they’ll be playing their usual role) 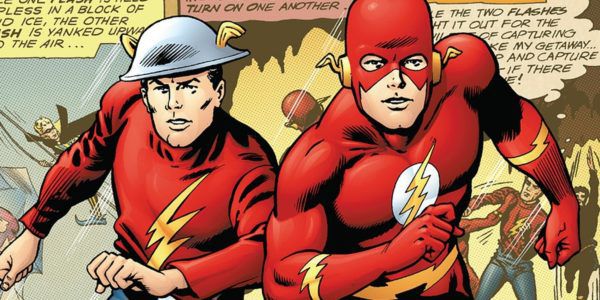 Barry Allen (Grant Gustin) and Jay Garrick (John Wesley Shipp, who first played the role in the ’90s and has intermittently played a second Flash, along with Barry Allen’s father, over the show’s five seasons) have been confirmed as speedsters. Tom Cavanaugh, who has played various incarnations of Harrison Wells, will be Pariah.

Melissa Benoist will be playing Kara Zor-El. Rumors hint that Helen Slater, Kara’s mother on the show, may be reprising her 1984 variant of Supergirl. There are conflicting reports around Linda Carter’s appearance: some sites have said she won’t appear at all, others suggest she’ll reprise her Supergirl role as an extraterrestrial posing as human/president, and still others that she’ll be back in the leotard and tiara as Wonder Woman. I know which one I’d like to be true. Tyler Hoechlin is back in the Superman suit and he’s bringing Bitsie Tulloch’s Lois Lane with him. In an interesting twist, however, two other Supermen will be joining him, though whether the three will meet is as yet unknown. That said, there have been several set photos of Hoechlin and Brandon Routh’s Kingdom Come Supes (a superman from a universe wherein the elder heroes are essentially at war with the younger vigilantes who think the olds aren’t doing enough to keep people safe) together on set (Routh previously portrayed the Big Blue Boy Scout extremely well in a terrible movie and, in my opinion, has always deserved another shot). We haven’t had a glimpse of Tom Welling’s Clark Kent as yet, nor Erica Durance as Smallville’s Lois. Michael Rosenbaum, who played Lex Luthor on Smallville alongside Welling’s Clark, will not appear, but another version of the villain will. 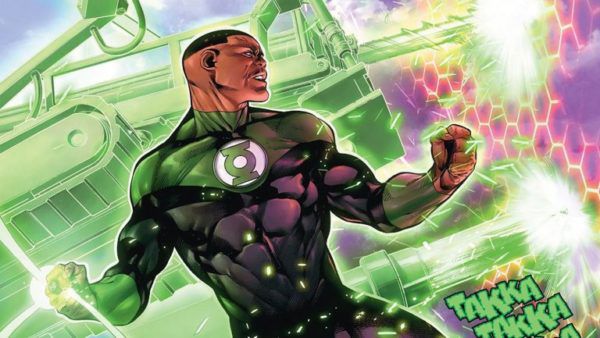 The most interesting rumor I’ve heard surrounding Arrow‘s Crisis casting is that John Diggle, Oliver’s stalwart second, may have a multiverse double in Green Lantern John Stewart. I would really, really like this one; it fits with rumors of the Corps playing a part in the battle against the Anti-Monitor, though there’s no indication of how many, or which, Lanterns will appear, if any. Steven Amell has played different versions of Oliver Queen in the past and it’s possible he’ll be going back to some of those or even to some new incarnations of Green Arrow.

Ruby Rose will be playing the titular character as always but she’ll have some friends with her: Burt Ward, who played the Batman 66 Robin, will be making an appearance, though his specific role hasn’t been announced (he is definitely sporting Robin colors in first look photos). Also set to appear is Kevin Conroy (aka the best Batman, don’t @ me), who has been voicing Bruce Wayne/Batman for decades but has never made a live appearance as either character; Conroy is rumored to be playing Bruce Wayne (specifically not Batman). Also apparently in universe is Michael Keaton’s Batman, rumored to be visible in a newspaper photograph. Robert Whul may be reprising his role as Alexander Knox in another nod to Batman ’89.

From Legends of Tomorrow

John Constantine (Matt Ryan) and Canary (Katie Lotz) have both been seen on set, so it’s safe to assume they’ll both make appearances. Brandon Routh, as mentioned above, will be portraying Superman but may do double duty as The Atom in a last appearance as his Arrowverse character before departing Legends. Joining them will be Osric Chau as Ryan Choi, the second Atom in the comics and also, coincidentally, and perhaps conveniently, an acquaintance of Barry Allen.

This rumor popped the other day and, goodness I hope it’s true because watching Tom Ellis’s Lucifer and Matt Ryan’s Constantine spend five hours trying to out-douchebag each other is all I’ve ever wanted from life. It also leaves the door open for some fantastic jokes should Luci run into Welling’s Clark, as Welling also played Marcus Pierce/Cain on Lucifer and our beloved devil made a kryptonite joke, which means it can certainly go the other way in the crossover. In fact, them not meeting up would be tragic. Also, I will never turn down a chance to listen to Tom Ellis sing and play piano. 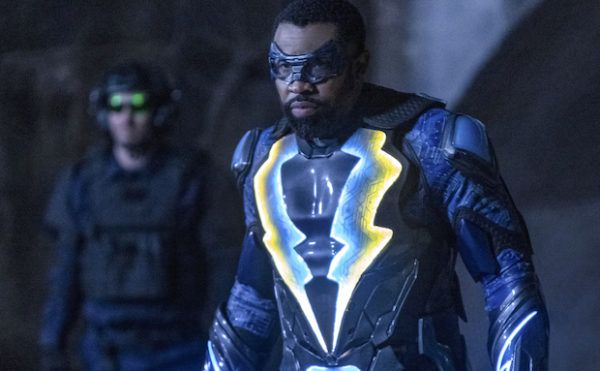 Black Lightning has, until recently, remained an entity separate from the Arrowverse, and while the show will remain so, some of the characters will appear alongside the Arrowverse heroes in the Crisis Crossover. Thus far, we’ve only seen set photos of the titular hero (Cress Williams) but we’ll hopefully see more members of the art in upcoming weeks and on the Crisis episodes when they air.

From Birds of Prey

You youngs may not remember, but before Harley Quinn was front and center of every DC project featuring the ladies, there was a short lived Birds of Prey TV show that tried really hard and would probably have been great if it had been given a real chance. The premise was that after the death of Catwoman, Batman left “New Gotham” (why “New?” Who knows) bereft of heroes. Barbara Gordon, now Oracle, recruits Bruce and Selina’s secret daughter, Helena Kyle (I told you, I don’t make the news)/Huntress, and Dinah Lance/Black Canary to a new crime fighting team. Ashley Scott, who played Huntress, is set to appear in Crisis. 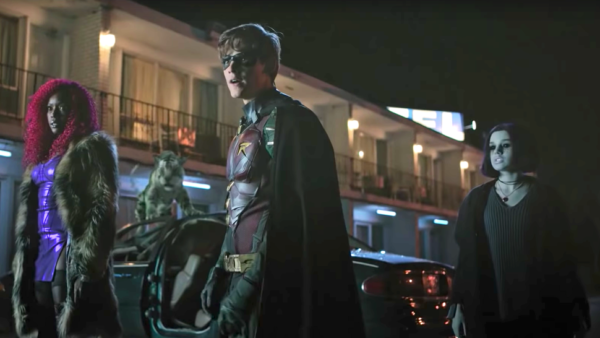 There have been weeks of will they/won’t they on this one. Because DC has kept the Titans close, airing the show on DC Universe, they can presumably do what they wish with the characters, including lend them out to other DC properties. One article suggests that the group, or at least some of its members, were included in the original Crisis script but that their appearance didn’t work with Titan’s filming schedule so it was scrapped; a few days ago, however, the rumor mill placed them back in the action, though today it seems their role will be a cameo, standing in the Tower, watching things happen, which is…why? If the Titans do appear, available characters, provided they Crisis writers limited themselves to the current lineup: Dick Grayson/Robin/Nightwing (Brenton Thwaites), Jason Todd/Robin (Curran Walters), Koriand’r/Starfire (Anna Diop), Donna Troy/Wondergirl (Conor Leslie), Rachel Roth/Raven (Teagan Croft), Garfield Logan/Beast Boy (Ryan Potter), Hank Hall/Hawk (Alan Ritchson), Dawn Granger/Dove (Minka Kelly), and Conner Kent/Superboy (Joshua Orpin) along with the faithful Krypto.

I think I got everything (I even had the hubs check me). As I mentioned above, there will likely be changes before the episodes air in December and January, and possibly even by the time this post goes up. At this point, though, I’m all in because even if “Crisis On Infinite Earths” is a complete disaster, it is going to be an amazing and glorious one.