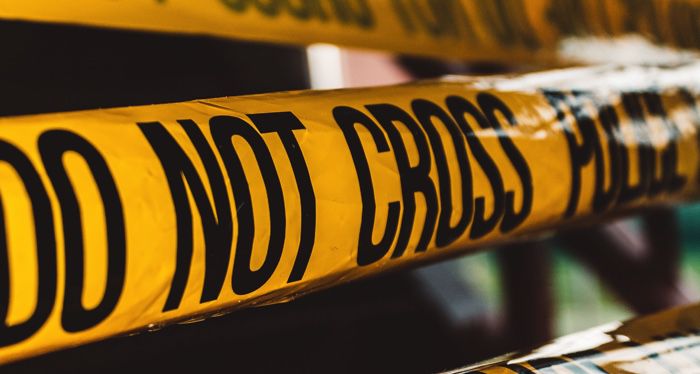 “If it bleeds, it leads,” is an old adage from journalism about catering to the public’s interest in crime coverage. The same could be said for the fiction market, where crime sub-genres are always a popular seller.

What is crime fiction?

“Crime Fiction” is a giant umbrella genre, encompassing all novels that revolve around a crime or violation of society’s moral order. Whether mystery, thriller, or farce, crime is a perennial favorite for readers eager to meet characters on either side of the law. The crime in question is most often murder, but the popular sub-genres of cons, capers, and more show there are plenty ways other than a dead body to kick off a crime novel.

Edgar Allen Poe is often credited as one of the first crime writers, but as scholar Rachel Franks points out, stories of violating social norms are as old as Oedipus. She observed about early crime stories: “these early tales were designed to help establish a common ethical framework for how we should live with one another and inform us that there are consequences when the rules of that framework are broken.” While the modern world has brought more complicated crimes, our fascination with crime and its consequences remains evergreen.

My list of crime sub-genres is nowhere near comprehensive, but it provides a sample of the ways fiction explores crime and its consequences. Many of these sub-genres, like mystery and thriller, are nesting dolls of their own sub-genres. Use this list as a jumping off point to explore sub-genres that spark your interest.

Let’s dive into some of the deliciously deviant sub-genres of crime fiction that explore why people risk everything to break the law and keep us asking: Will they get away with it?

The classic “who dunnit,”  a private investigator, “consulting detective,” or dedicated amateur sleuth sets out to find the killer. From Sherlock Holmes to Hercules Poirot, the detective is an iconic truth-seeker who often outshines the police. Joe Ide takes the familiar Sherlock tropes to modern-day East Los Angeles in his series IQ, where a gifted amateur sleuth teams with an outgoing Watson-type to solve murders in the community. Detective Fiction Sub-Genres: Noir, hardboiled, cozy, police procedural.

While mysteries usually center on a crime already committed, the violence in a thriller is an unfolding threat. A protagonist is often in a race against time to save their life or someone else’s. Gone Girl by Gillian Flynn, featuring an unreliable narrator and a rocky marriage, is one of the blockbuster thrillers in recent years. Sub-Genres of thriller: courtroom, domestic suspense, political.

One of my favorites, novels in the caper sub-genre side with the criminals. The protagonist and their friends are willing to break the law, sometimes for noble reasons and sometimes for self-preservation. At turns funny and grim, Colson Whitehead’s Harlem Shuffle, which follows an initially bumbling furniture salesman turned fence deeper into criminal networks in 1960s Harlem, poses interesting questions about race and wealth. And, in Kirstin Chen’s Counterfeit, friends running a counterfeit handbag scheme have their friendship tested as they build a successful empire.

Technically a subset of the caper sub-genre, the classic heist novel assembles a team with different talents to go after something of value. With complicated plans, disarmed security systems and friction in the team, “Will they pull it off?” Is the driving question of heist novels. Grace D. Li’s Portrait of a Thief offers a heist as an anti-colonist act when five young Chinese Americans team up to steal back five priceless Chinese sculptures.

Crime is often an enticing gateway into the past. Stories centering on crimes that break another era’s social conventions or expose prejudice often seem startlingly relevant to today. James McBride’s Deacon King Kong kicks off with an old man shooting a young drug dealer in 1969 New York. Figuring out the why of the crime introduces complex characters, Italian mobsters, and reflections on a changing city.

Novels in this genre allow a close look at a killer MC as they plan and execute their crimes. Different than a caper, the crimes here are usually so bloody, the reader doesn’t root for the protagonist. We may not be rooting for them, but the question, “Will they get away with it?” keeps us riveted through chilling plots and devious intentions. In My Sister, the Serial Killer by Oyinkan Braithwaite, the protagonist is an enabler of the titular serial killer, who keeps her sister out of jail until her loyalty is tested by her sister’s choice of victim.

Stories about con artists, fraudsters and forgers are having a moment, thanks to the real life cons like Anna Delvey. Sometimes, like in Susan Rigetti’s Cover Story,  the protagonist discovers their glamorous friend is playing a dangerous game of Smoke and Mirrors. In Maria Gainza’s Portrait of an Unknown Lady, a woman tries to track down a renowned art forger in Buenos Aires.

These stories take us into the inner workings of crime families and syndicates. Usually equal parts loyalty and backstabbing, organized crime usually has its own moral ethos, where retribution waits for those who get greedy. The Godfather is the archetype of the genre, focused on the family saga within the Italian mafia in New York. Novels in this genre offer a fascinating look into organized crime around the world. In Out by Natsuo Kirino, a young wife becomes entwined with the yakuza, the Japanese crime syndicate.

Is service to your country a crime? “Sometimes” is the answer in crime fiction. Often tied to the thriller genre, characters spying for the government or corporation find their moral dilemmas getting murky as they track down information worth killing for. Expect double and triple crossing as fair play in his genre.  For example, in Lauren Wilkinson’s American Spy, a young, Black FBI agent tries to bring down a government in West Africa, but her loyalties become conflicted when she falls for the charismatic leader she’s meant to spy on.

For more great takes on crime fiction, check out 20 Must-Read Crime Novels To Keep You Up At Night. For more sub-genre priming, check out The Layer Cake of Science Fiction: A Sub-Genre Primer.