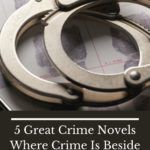 Many people would agree that the main pleasure of reading a crime novel lies in unraveling the mystery. That tense need-to-know feeling, rushing toward the resolution of the puzzle, is the engine that propels these books forward. Yet a well-written mystery can be readable and enjoyable for other reasons, from humor to relationship-building to mood. Here are a few crime novels where the crime is beside the point—where the crime is a vehicle for getting at other themes or literary aspects. 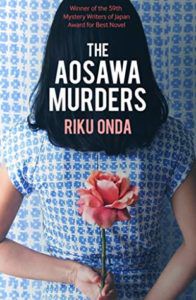 The Aosawa Murders by Riku Onda

The point is the atmosphere: a sticky summery story where the weather reflects the fevered nature of the crime itself and people’s memories of it. The story is oblique and dreamlike, told in a hazy fashion by a series of people tangentially connected with the mass poisonings of an entire household decades previously. What’s key is the psychology of the criminal (who’s revealed early on) and the person most obsessed with them. 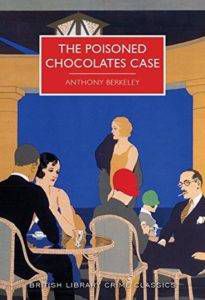 The point is the dismantling of crime story conventions. Members of an amateur detection society meet to come up with solutions to a poisoning case that has baffled the police. The author delights in the way each member manipulates criminology tropes to put forth their pet theory, only to have the others refute them. There’s no action in this book, which consists almost entirely of people sitting in a room talking. Yet it’s intensely entertaining and enjoyable. 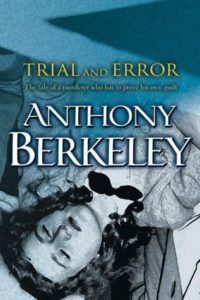 Trial and Error by Anthony Berkeley

This is another upending of crime novel conventions by Anthony Berkeley. The premise is irresistible: a man with only months to live decides that the most useful service he can perform for humanity is offing an evil person. The book is marred by two problems common in Golden Age detective fiction. One is casual anti-semitism (even though some characters propose that the protagonist assassinate Hitler, before deciding that this would only kill off the figurehead, not the movement). The other is sexism. Jokes about nagging overbearing women are frequently found in other crime fiction of this era. Trial and Error adds to this a scathing depiction of one seductress in particular, which conveniently absolves all men of any responsibility or even volition. Despite these flaws, the book is surprising, ingenious, and hilarious. At times farce, other times courtroom drama, and sometimes Good Place–type examination of ethical responsibility, it’s a rewarding read. 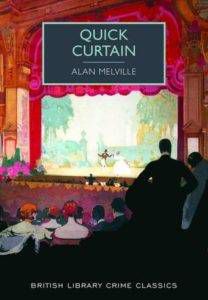 The point here is the wit. This is a fast-talking, sardonic, joke-stuffed novel where the audacious murder of an actor on stage is just the vehicle for clever dialogue. The ending is unsatisfying for people looking for definitive conclusions. 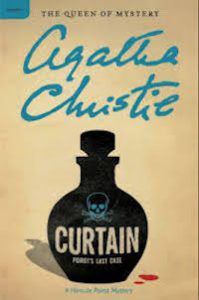 Speaking of conclusions…The last Hercule Poirot novel is so much about mood—it’s pervaded by an elegiac, foreboding tone encapsulated by Poirot’s feeble physical state—but also about morality. Who really bears the responsibility for a murder, it asks, and can there really be such a thing as an altruistic murder? These preoccupations make Curtain distinct from other Christie novels in which murder is fairly cut and dried (although books like Murder on the Orient Express also grapple with complications of culpability). But Curtain is disturbing in a way that other Christie stories aren’t. And this unsettled feeling, rather than unravelling exactly who is the killer (or even who is the victim) is central to the experience of reading it.

Other Reasons (Besides the Crime) to Delve Into a Crime Novel

(Armchair) traveling to an interesting location

Learning about the criminal justice system