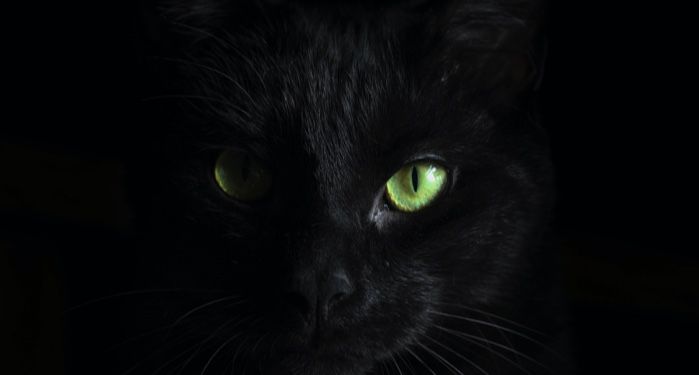 I had a cat once. It used to sit in the corner of the room, quietly, chilling out for long stretches, then suddenly pounce up into attack mode, back arched, tail up, hissing at absolutely nothing, then dart out of the room.  I don’t do cats anymore.  And in my defense, I’m not the only one who’s noticed their totally creepy vibes. Cats show up in a surprising amount of speculative genre fiction, often in an unsettling capacity. Here, I’ve rounded ups the eight creepiest cats of fiction, including horror, science fiction, and fantasy. 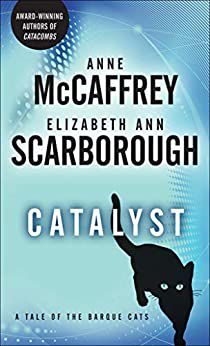 A cat is as essential to a space travel mission as the crew, killing vermin, warning of environmental hazards, and offering emotional support. In most cases, the cats share a deep, loving bond with the humans aboard their ship. But then there’s Chessie and her space travel human Jenina, which is on another level entirely. So when Chessie is kidnapped, it’s more than a safety risk—it’s personal. Then Chessie’s kittens, born while in captivity, develop telepathic abilities, and have a crucial role to play in saving the universe.

A talking cat who can tell if you’re lying? Pretty convenient if you’re a bounty hunter like The Will, but that’s going to be a pass for me. Lying Cat also can turn downright ferocious in a fight. But, they’re certainly loyal. 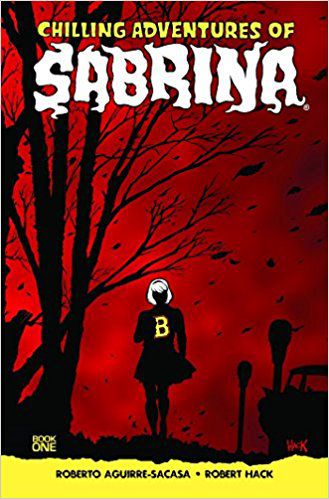 Though the new Netflix adaptation took a different approach to the character of Salem, in the Archie comics Salem is still a cat in the same tradition of the original show—previously a warlock, but now in cat form under the Saberhagens’ watch as a punishment after plotting to take over the world. He’s sarcastic, self-centered, and remains utterly maniacal despite his failed efforts. But mostly harmless. 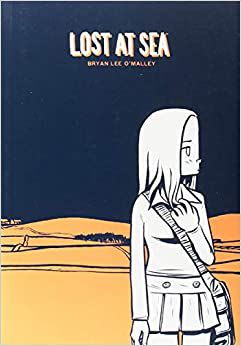 Before there was Scott Pilgrim, Bryan Lee O’Malley gave us Raleigh, a shy teen girl who feels like something is missing—because a cat stole her soul. She’s forced into a road trip with some of her rough-and-tumble peers, and along the way, she starts to find maybe opening up a little isn’t so bad. When they come across the aforementioned cat, Raleigh and crew chase the cat down—after all, her soul depends on it. While this sweet story focuses on themes of depression, isolation, and connection, O’Malley pulls the arc together just enough to make the literal soul-stealing a possibility. 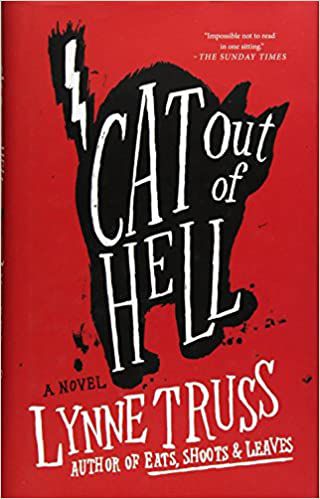 Cat Out of Hell by Lynne Truss (Roger)

Take this title for what it is. Alec Charlesworth, a former librarian alone and down on his luck, takes in a stray cat. This particular cat is older than Methuselah (thanks to its nine lives) and has been battling an archnemesis through the ages and all around the world, entangled with a Satanic cat-cult. This sharp tongue-in-cheek tale about the dark secret lives of cats gave me strong Wuthering Heights vibes from start to finish.

This feline companion to the comic’s heroes, Master Ren is a nekomancer (necromancy for cats, of course) and member of the Blood Court, which is as dark as it sounds. He’s as much a double-crosser as he is two-tailed, and he can’t be trusted to think beyond his own self-preservation, but he’s crafty in a tight spot. 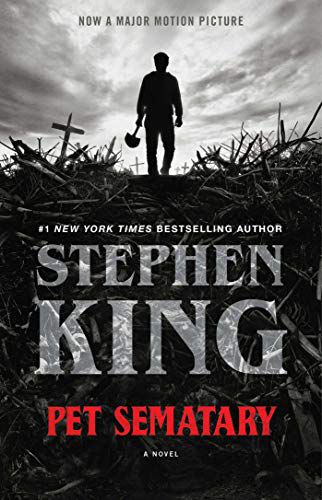 This, of course, is the creepiest cat of them all. Though once a normal, happy, playful cat, his family buried him in Pet Sematary after he was run over by a car and died. Of course, as all things of Pet Sematary do, Church came back. And he came back…wrong. Violent. Morbid. Creepy. When the family’s son Gage dies in a terrible accident, the desperate family buries him in the cemetery to bring him back, too, and the undead duo end up on a murderous and fiery rampage of destruction.