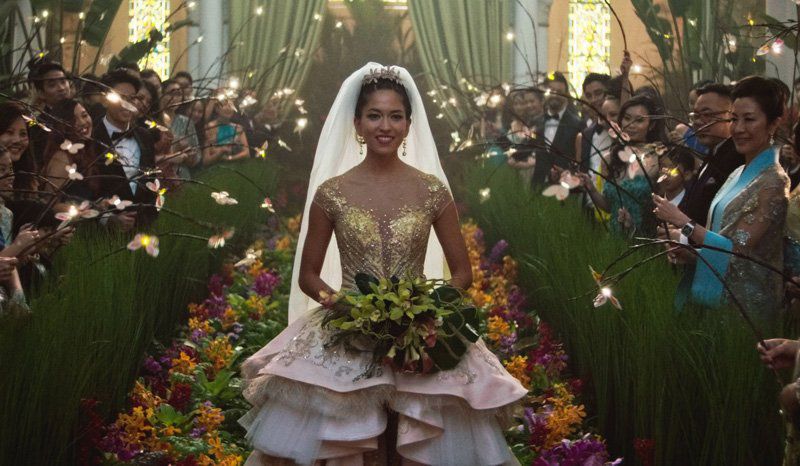 The Crazy Rich Asians trailer is finally here! One of the year’s most anticipated movies, Crazy Rich Asians, directed by Jon M. Chu and starring Constance Wu, Henry Golding, and Michelle Yeoh, hits theaters this August. The book, Kwan’s debut novel, is about the romance between Rachel, an American-born Chinese economics professor who was raised by a single mother in California, and Nick, her boyfriend raised in London and Singapore. But unbeknownst to Rachel, Nick is from one of the wealthiest families in Asia. And when he brings Rachel to Singapore to meet his family and attend a wedding with him, she has no idea what’s in store.

It looks like the movie has done a pretty good job of preserving the eye-popping opulence and sharp humor of the book. And with roles for Lisa Lu, Ken Jeong, Awkwafina, and Harry Shum Jr., Crazy Rich Asians definitely has a stacked cast.

Check out the Crazy Rich Asians trailer below: