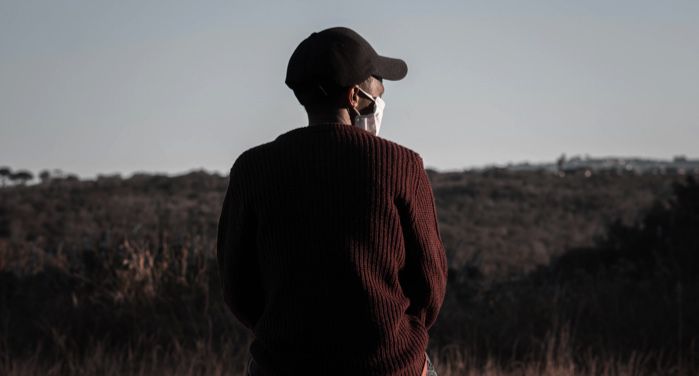 What will we tell ourselves about COVID-19 in the future? Fifty years down the line, a hundred years, what will children be reading about it in history books in class? What will be canonized into our history, the story we tell ourselves? Will history books later talk about mask debates, citizens of various countries being forced to deal with the incompetence of their governments, the mass death rates, the conspiracy theories and misinformation that were created and spread like wildfire? The worker’s revolt that followed the pandemic (although the pandemic isn’t even over yet).

But we can look at our literature for an idea, both fiction and nonfiction. There’s the book series that was regularly compared to the current pandemic: Feed, by Seanan McGuire as Mira Grant. It was regularly heralded as being the most accurate to the real world, following beat for beat exactly how everyone responded. Seanan McGuire does her research. However, Feed is also a zombie series. I hope we’re not going to get that far.

We can look at A Beginning at the End by Mike Chen, about what happens after a pandemic, about people picking up and looking to the future and trying to rebuild with what’s left. And for some hope, we can look at How to Survive a Plaguue: The Inside Story of How Citizens and Science Tamed AIDS by David France, and remember that AIDS was a death sentence, how society turned its back on those with it, and while things are not perfect, they’re better, and people have a chance. We can also read The Pale Rider: The Spanish Flu of 1918 and How it Changed the World by Laura Spinney and realize that we have learned absolutely nothing from the last time around.

On an anthropological standpoint, I can only make a few educated guesses based on how we talk about past pandemics.

For instance, take a look at how we talk about the Spanish Flu. For one, we still call it the Spanish Flu, even though it originated on an Army base in Kansas. The 1918 flu epidemic was as bad as it was because the United States Army sent infected troops to the trenches in Europe and the flu spread like wildfire there. It’s only called the Spanish Flu because Spain was the first to report cases of the sickness. Nearly every other country, embroiled in a world war, was suppressing information about the sickness to keep morale up. Spain, who had remained neutral, had no such qualms regarding talking about the disease tearing through the trenches. After their king contracted the disease, there was no stopping the news from discussing it.

So, even if COVID-19 didn’t originate in China, it may end up carrying the name Wuhan Virus later on down the line, by simple merit of having the first official cases reported there. I only hope that we talk about the hate crimes those of Asian descent were victims of, speak of the fast response several Asian countries had in getting a handle on the virus and supporting their citizens during a global pandemic that, as of July 26, 2021, 4,162,304 people have died in.

When it comes to all the conspiracy theories that have sprung up, I can only hope that we refute all of them. That it was a lab leak from China, the product of bioweapon testing. I hope we point out that China was hit hard during the SARS/MERS outbreaks, so of course they had labs dedicated to various coronaviruses. I hope we point out in our history books that epistemologists had been expecting a pandemic for a while, and urged us to be ready. I hope we remember that Ebola could have been worse, Zika could have been worse, but we had somewhat competent leadership that kept them under control.

I hope we remember that Donald Trump dismantled the Pandemic Response team that handled these outbreaks, ignored the literal playbook we had to keep people from dying, muzzled the CDC and flooded us with misinformation and out-and-out lies that still are believed to this day: that masks were pointless, that hydroxychloroquine was a treatment for the virus, that we only have so many positive cases because we’re testing so much, that COVID-19 was only as bad as the flu.

I hope we talk about the vaccine rollout, how the United States bought far more than was needed, all so we can sell it back at a higher price later, that people believed that microchips would be in the vaccine to track your movements (even though that’s what your smartphone is for), how anti-vax sentiments were at an all time high, the vaccine rate having a clear disparity between conservative and liberal thinkers.

I hope we talk about how awful we were to each other during the pandemic. How folks would scream and spit in the faces of others just because they were asked to wear a mask. How essential workers would be treated like scum, all while being called heroes, all while making less than a living wage. How the suicide rates of healthcare workers spiked, because they were seeing death around them constantly, with no sign of light at the end of the tunnel, with them being called fakers or in on the hoax and their struggling not being acknowledged.

I hope we talk about how good we were to each other. How we stepped up as a country and started taking steps towards defunding the police, in support of the Black community, all the while not causing a single spike in case numbers. How people in Italy would go out onto their balconies at night during lockdown to sing together. How a viral video went around on Tik Tok of people singing a sea shanty together, each voice adding in its own unique part. How people took online and helped each other, teaching piano, to fall in love, to simply laugh and support. I hope we remember how good we were when remembering our mistakes.

We likely won’t. At least not in the United States. Just look at the way we lie about our own history, lie to ourselves about who we’ve been. We’ll likely create a nice story, one that makes us feel better about ourselves, one that tells us we all did our best when most of us know that’s not true. I hope my gut feeling is wrong, that we’ll belittle and blame and skate over what really happened.

I hope we remember the ones we lost.