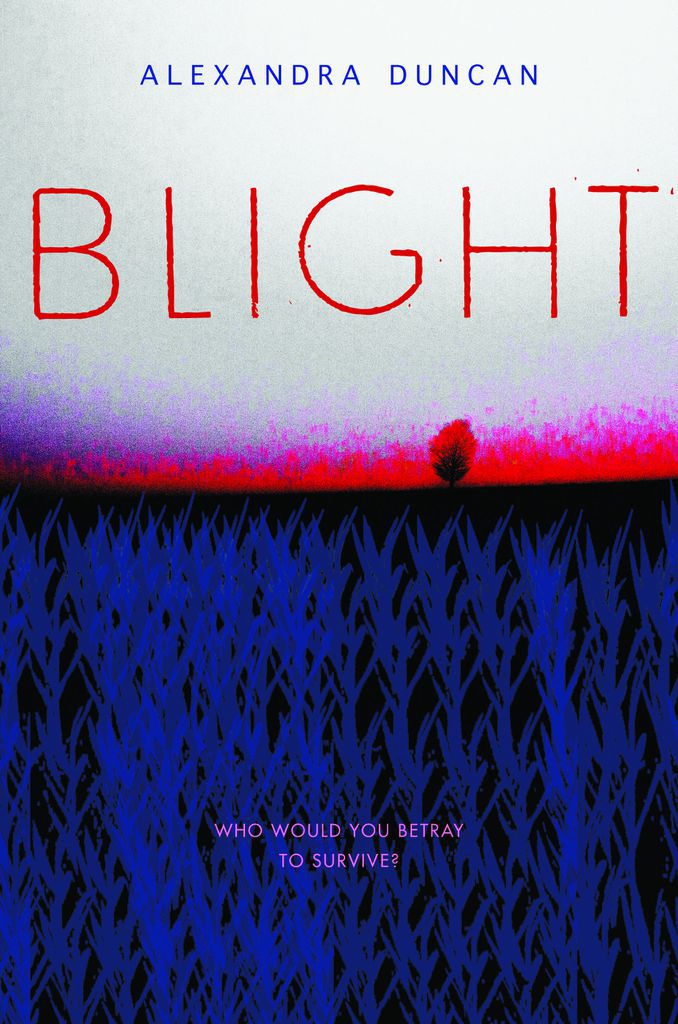 We’re thrilled to host the cover reveal for Alexandra Duncan’s newest, Blight, a near-future YA eco-thriller! Get the synopsis below, and then check out the rad cover:

Seventeen-year-old Tempest Torres has lived on the AgraStar farm north of Atlanta since she was found outside the gates at the age of five. Now she’s part of the security force guarding the fence and watching for scavengers—people who would rather steal genetically engineered food from the company than work for it. When a group of such rebels accidentally sets off an explosion in the research compound, it releases into the air a blight that kills every living thing in its path—including humans. With blight-resistant seeds in her pocket, Tempest teams up with a scavenger boy named Alder and runs for help. But when they finally arrive at AgraStar headquarters, they discover that there’s an even bigger plot behind the blight—and it’s up to them to stop it from happening again. A fast-paced action-adventure story that is Margaret Atwood’s Oryx and Crake meets Nancy Farmer’s House of the Scorpion.