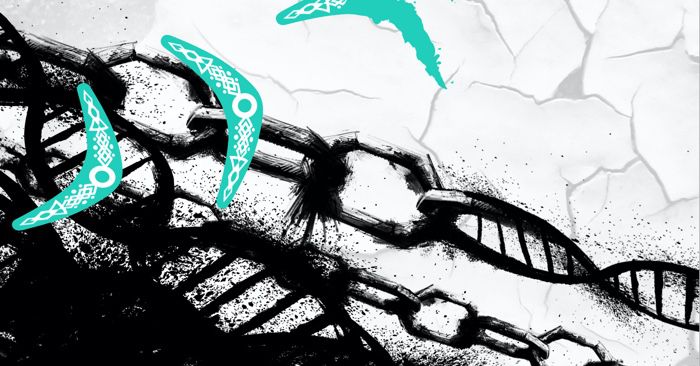 A dystopian world. A fight for freedom. Take a look at the cover for Seed of Cain by Agnes Gomillion, out June 2021. Check out the synopsis below, and keep scrolling for an excerpt from the book:

With General Arika Cobane at the helm, the Rebels take control of the Kongo territory and elect a Council to negotiate peace.

Everything changes when the Council concedes to a last-minute English demand: the war criminal, Arika Cobane, must stand trial for crimes carried out during the revolution.

A fugitive of the law, Arika flees north; determined to prove the Council has been infiltrated. As she uproots lies and uncovers secrets, the line between English and Kongo, friend and foe dissolves—her hatred festers and she fears even her beloved Hosea Khan can’t be trusted.

Convinced she is the One to save her people, Arika ventures in search of a dangerous book powered by an ancient religion. If it doesn’t kill her, the Heart of Incantations will give her the power to destroy her enemies and install herself as the Head of the Council.

On the brink of ultimate revenge, the whole truth is revealed and Arika is devastated; the fate of her people depends on the one thing she swore she’d never give.

The arena door closed behind me. “It’s time Jetson,” I said. “Are you in her room?”

A holograph of Jetson’s figure appeared, floating above my palm. His voice was sharp in my earpiece. “I’m down the hall. When you didn’t ring, I left. Thought you’d called it off.”

A soldier walked by and I bent my head to my communit, hiding Jetson’s image.

“The debate ran long,” I explained.

He hesitated. “How did it go?”

“Dammit Arika, I’m not sure about this.” He gestured to the bag he held which, I knew, contained the equipment he needed to break into Kira Swan’s safe and photograph its contents.

“Maybe we shouldn’t do it,” he prompted.

I shook my head. “We’re doing it. I need to know why she’s running from the truth.”

The incriminating photo of Obi Solomon dressed in English clothing before the end of the Last War had been widely distributed, but the details surrounding his betrayal were still a mystery. I’d demanded entry to the Tower at Hasting, to scour Obi’s papers and the stories of his contemporaries for the truth. The Diplomats had denied the request and, when I’d insisted – no truth, no peace – the Council had splintered. Senator Kira Swan was leading the movement against me.

Inside the arena, Senator Osprey, the debate moderator, slammed her gavel, signaling the beginning of closing arguments.

I closed my palm and his image disappeared. I raised the volume on my earpiece. “Jetson?” I said, speaking under my breath.

I walked towards the arena. “And the image?” I asked. I turned the scope so he could see what I saw and respond to happenings in the Arena without my instruction.

“Crystal clear, General,” Jetson said. “You’re through the double doors, now. Walking to the platform, towards Senator Osprey, and there’s Senator Swan at the high table, left of center.”

As I mounted the stage; Senator Osprey backed away, giving me the podium.

I plastered a smile on my face, picturing Jetson, in sleek black leggings, opening Kira Swan’s bedroom door. We’d stumbled upon the safe in the false bottom of her wardrobe last week. It was a thrilling breakthrough after months of searching for the crack I knew we’d find in her perfect image. Once my speech began, Jetson would have twelve minutes to complete the mission.

Cheers resounded from the villagers watching the debate via live broadcast as I waved. Senator Osprey found her seat at the high table next to Kira Swan. Finally, the crowd quieted.

I took a deep breath, mentally starting the mission clock. “People of the Kongo,” I said, “we have a grave decision before us.”

In my ear, Jetson narrated his progress. “I’m in her room,” he said, “moving towards the wardrobe.”

I went on. “If we reject the Diplomat’s Accord; we remain at war. Many of you have seen battle – so have I. I have the scars to prove it.” I let the wide arms of my top slide down my shoulders. Half-inch haute ink tattoos lined my back. In the dim evening light of the auditorium, I knew the markings would glow like matchsticks.

“I bear five hundred and twelve marks,” I said, turning in a slow circle. “One for each person who died in the final battle.”

Howling, the soldiers in the auditorium followed my lead, ripping their own shirts to display neck to waist haute tattoos. They lifted their faces, showing off florescent haute ink designs, every color of the neon rainbow.

In my ear, Jetson buzzed. “I’ve got the bottom of the wardrobe off,” he said. “Initiating radio silence in three, two, one.”

A soft scuff sounded in my ear as Jetson removed his earpiece to work the dial of the safe.

Sweat beaded on my back. The safe would lock for an hour if he triggered the anti-theft mechanism, activated by the wrong combination. He had one shot to get it right.

“There’s only one path forward,” I said, launching into the middle segment of my speech. “We insist on a rigorous investigation of Obi, whatever it takes, wherever it leads. We’ve got to—”

I jerked and my earpiece slid sideways. I struggled to maintain my composure before the crowd. “We— We’ve got to—”

“We— uh,” I stuttered. At the head table Kira Swan frowned as the alert came to her communit. She rose.

Kira froze beside her chair. She had her communit open in her hand. Her face was tense as she scanned her palm for information.

Every head in the arena swiveled her way, then back to me. Kira looked up at me as if I’d lost my mind.