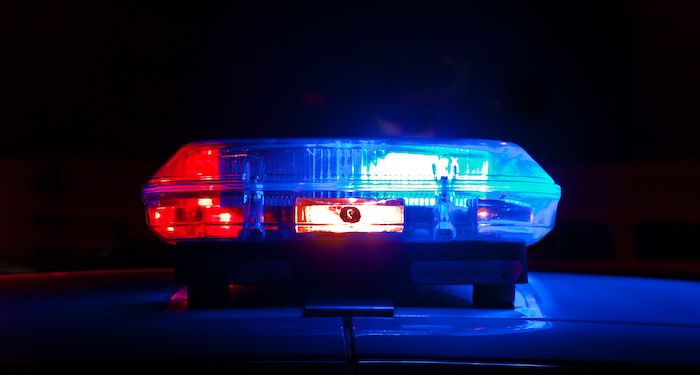 Copaganda, an overtly positive representation of the police, is a media trope that has existed for several decades. Palika Makam defines copaganda as ‘police departments…[depicting] themselves as kind, heroic, fun-loving community members whose niceness can outweigh the actions of a few “bad apples”’.

It is not only police departments that engage in copaganda; representations of police in media contribute to the image of this organisation as ultimately good, fair, and just, with the occasional “bad apple” who goes against the organisation’s aims and rules. Early representations of the police were often unflattering; in A Study in Scarlet, the first Sherlock Holmes story, detectives Lestrade and Gregson are portrayed as ridiculous figures, and their incompetence is highlighted by Holmes when he is able to perfectly describe the murderer from a single glance at the crime scene. However, as noted by Constance Grady on her article on the history of copaganda, the attitude towards police in media shifted from the 1950s onwards, becoming increasingly positive and portraying police as heroic defenders of order and justice. The Lestrade we see in the BBC’s Sherlock is a far cry from the original character; rather than being a bumbling fool, he’s a competent, sympathetic detective who simply lacks Sherlock’s talent for cracking the really unusual cases.

While copaganda is not a new phenomenon, its role in media has been explored and examined with even greater intensity since the rise of the Black Lives Matter movement in 2013. Micha Frazer-Carroll explores the fact that, in popular media, ‘we are shown the “badass” variety of police […] dominant, heroic agents of justice, who catch “bad guys” and lock them away. Then there are the more insidious portrayals, which present the police as soft and cuddly [such as the police officers in Brooklyn 99]’. Copaganda is compelling, particularly for an audience that does not bear the brunt of police violence, such as white, middle-class, cis het, non-immigrant media consumers. As Makam reflects, “I understand why people gravitate toward copaganda. Between a racial crisis and a pandemic, we’re tired. It’s in our nature to be hopeful, but it’s important to understand when that need for positivity becomes toxic”.

I’m an avid reader of crime and detective stories, and as a person with a huge amount of privilege, I’ve often not noticed the copaganda present in some of the books that I’ve read. Instead, I’ve smiled at the copaganda-inspired stereotypes that classic crime novels have espoused. There’s the archetype of the grizzled detective; a grumpy maverick figure, nearly always white, nearly always male, invariably with a messy personal life and a defining unusual interest or hobby, who butts heads with his by-the-book colleagues – but damn, does he get results.

Inspector Morse, the titular character of Colin Dexter’s famous series, is one such detective. This opera-loving, crossword-puzzling bachelor solves murders in Oxford, irritating and impressing his friend and boss Superintendent Strange as he does so. Similar to Morse is Detective Inspector Jack Frost, the creation of RD Wingfield, who finds police paperwork impossible, but always gets to the bottom of any murder that occurs in the town of Denton. Both Morse and Frost give the impression of being outside the police system, renegades who get the job done – but the only aspect of the system that is critiqued through them is its bureaucracy and administration, not the role the police force plays in enforcing systems of power and violence. Wingfield and Dexter wrote at a time when the UK police force was revealed as being “institutionally racist”, following an investigation into the murder of Stephen Lawrence and the lackluster response of the police force that allowed Lawrence’s murderers to go free for many years. The Stephen Lawrence Enquiry concluded in 1999, but police racism continues. Black British people are disproportionately targeted to be stopped and searched; when Richard Okorogheye went missing, police told his mother that “we can’t find your son if you can’t”; and when sisters Nicole Smallman and Bibaa Henry were murdered, police officers took selfies with their dead bodies.

This background culture of racism, however, is rarely explored in crime novels. While there might be the occasional racist cop in fiction, they are usually portrayed as an outlier. By only questioning the bureaucracy of the police force, rather than its role in supporting and maintaining power structures, these books imply that there is no real issue with the police system – if only cops were allowed to cut through all that red tape.

Cops on the Margins

There are many marginalised people who work as police officers, and this is reflected in media. While the grizzled detective is generally a straight, white man, there are crime novels featuring women, people of colour, and LGBT people as the protagonists. In cases where the authors share these marginalisations, the novels can sidestep copaganda and explore the tensions that a person may experience as a marginalised figure who is part of an oppressive system.

In her Highway 59 series, Attica Locke tells the story of Darren Mathews, a Black Texas Ranger who must grapple not only with societal racism (ranging from bigoted language to attempted murder by the Aryan Brotherhood), but also with a lack of support and underlying racism from other law enforcement officials. Because of his status as a Black man in a predominately white institution, Mathews is subjected to intense scrutiny from the higher ranks, and often cannot rely on them for backup. A similar examination of marginalisation and police hierarchy can be found in Will Harker’s Scott Jericho series, following former Detective Constable Scott Jericho, a gay Traveller who left the police force in disgrace after assaulting a violent criminal. Jericho’s journey differs from Mathews’ in many ways: Mathews is operating inside law enforcement, although his position is challenged in ways that his white counterparts do not experience, while Jericho has left law enforcement, but does retain some of his connections. Both series are written by authors who share marginalisations with their characters, and in both cases, the authors critique copaganda and highlight systemic problems, rather than simply decrying the nuisance of paperwork.

While copaganda is common throughout the crime genre, many books, particularly those published since 2013, have taken an overtly anti-copaganda stance, challenging the systemic power and prejudice of the police rather than taking the “just a few bad apples” approach.

Angie Thomas’ The Hate U Give is perhaps the most notable example, following the story of Starr, a 16-year-old Black girl who is the only witness to the murder of her unarmed friend Khalil by a police officer during a traffic stop. In a climactic scene towards the end of the book, Starr speaks out at a protest, telling both the protestors and the police: “Not only did Officer Cruise assume we were up to no good, he assumed we were criminals…Well, Officer Cruise is the criminal”. In response to Starr’s speech, the police tear gas the crowd, a fictional scene that echoes many real-life examples during the Black Lives Matter protests. Another echo can be seen in the fact that, following the investigation into Khalil’s death, the police department decides not to file charges against Officer Cruise. Cruise faces no personal or professional consequences for shooting an unarmed Black boy and traumatising the Black girl who witnessed the attack, not because he is “a bad apple”, but because of the system that produced and protects him. The Hate U Give takes a frank and unflinching look at the ways that the police system perpetuates injustice, and it is perhaps unsurprising that the novel was one of 2020’s “most challenged books”, for “promoting an anti-police message”.

In As Good As Dead by Holly Jackson, the third and final book in the A Good Girl’s Guide to Murder trilogy, the heroine Pip takes on a stalker – who turns out to be a serial killer – with no help or support from her local police force. When she reports evidence of her stalker to Detective Inspector Hawkins, the police officer who had already failed to help her in the previous two cases she investigated, Hawkins insinuates that Pip’s suspicions may be paranoia, prompting Pip to tell him: “You know, this is exactly why more than fifty per cent of stalking crimes go unreported, this exact conversation we’ve had here.” While Pip is, in many ways, extremely privileged – she is white, middle class, with a large media platform and a place at a leading university – she is also a young woman experiencing PTSD and anxiety, marginalisations which make it very easy for the police to ignore her allegations of stalking. This reflects real-life experiences of women who have been the victims of stalking. In a report on the rise in stalking during the COVID-19 pandemic, one woman revealed that ‘one [police] officer told her she should be “flattered” by the attention…Another told her that no officer wanted to take her case on’. Research indicates that there is a strong link between stalking behaviours and homicide, but police frequently ignore and downplay reports of stalking by women and girls. In one recent case, police fined a young woman for “wasting police time” by reporting her stalker before he eventually murdered her.

Frazer-Carroll concludes her piece on copaganda by arguing that “the realities of policing should be made transparent to viewers – this means getting rid of both the badass car chases and explosions, and the socially awkward antics of buddy cop duos”. I agree with her arguments that fiction should focus on bringing the realities of real-world policing to the fore, whether it’s representations of police violence such as we see in The Hate U Give, or the examinations of the prejudices and failings of the system that are explored from inside and outside the institution in the Highway 59 series and As Good As Dead.

Crime stories are popular for a reason: they’re entertaining, sometimes shocking, and a great form of escapism. However, while the crimes may be fictional, the institutions explored in the stories should stay grounded in reality – which includes acknowledging when the bad apples have spoiled the barrel.