In January of 2015, 1,000 James Patterson fans had a 24-hour time limit to read a free advance digital copy of Private Vegas before it self-destructed. The countdown was a marketing campaign to give the readers of the thriller novel a more adrenaline-filled experience. One wealthy fan even got to see a physical copy of the book blown up with the help of a bomb-squad, but what really excited me about this was seeing publishers use technology in a creative way.

There’s a lot of resistance to technology in the literary landscape, whether it’s publishers afraid of going out of business or writers in denial of changing forms of cultural consumption. Tech has been shunned to the genre of science fiction, which holds a stigma of being less serious than other forms of writing. Already movies and video games have been challenging the way people experience storytelling, and each medium has its strengths and weaknesses, but rather than isolating each thing, I think it’s interesting to explore the overlap.

Press Start to Play is a good place to start. This anthology is a collection of short stories by traditional authors and game-industry writers exploring the intersections of video games and science fiction. The marketing scheme behind this book also included some digital creativity, with a Tumblr game of hyperlinks in the vein of early text-based adventure games.

Ebooks have been lovingly adopted by many publishers, but the digital format hasn’t done much to affect the narrative structure of the traditional novel. However, new forms of storytelling are emerging from changing technology.

Since Finnegans Wake moved to the public domain in 2012 it has been adapted to many digital formats, including a thoroughly annotated website, the extensive allusions of which suggest that nearly incomprehensible modernist novels such as the The Wake were early iterations of hypertext (def. a software system that links topics on the screen to related information and graphics, which are typically accessed by a point-and-click method).

One of the most characteristic features of literary hypermedia, also known as electronic literature or E-lit, is a rejection of linearity, something that critics of Finnegans Wake often find extremely agitating. Works of interactive fiction in which the reader has some type of agency coincide with our idea of video games, but they aren’t quite the same.

The Electronic Literature Organization defines E-lit as “works with important literary aspects that take advantage of the capabilities and contexts provided by the stand-alone or networked computer,” and provides a selection of E-lit samples for anyone to explore. Still, much of the existing E-lit is relatively avant-garde, incomplete, and without a mainstream readership.

Here’s a few cool samples of how authors are writing with different mediums in mind: 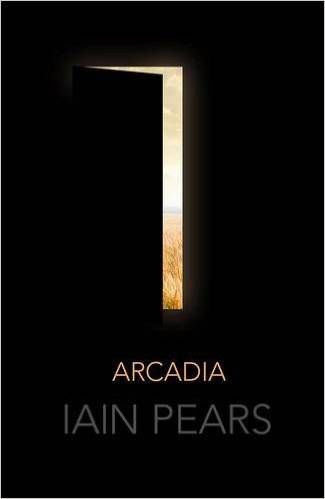 Arcadia by Iain Pears The print version of this novel won’t be released until September 2015, but for now you can peruse the iPhone app. The story was written specifically for the iPhone and iPad, with three different worlds, ten main protagonists, and hundreds of different ways to explore the intertwining storylines. For an author with the reputation of writing novels with immense structural complexity, Pears told the Guardian that writing for a digital medium allowed him to, “bypass the limitations of the classic linear structure [and] create a narrative that was vastly more complex than anything that could be done in an orthodox book, at the same time as making it far more simple to read.”

Winterstrike by Yoon Ha Lee Winterstrike is an example of story meets video game, where the reader changes the direction of the story instead of just picking and choosing among all available snippets of plot. It was published on StoryNexus, a site that lets authors build their own text based adventures. You begin the story as a survivor of the winterstrike, which has caused a deep winter and brought an end to all interplanetary travel.

The Pry Novella by Danny Cannizzaro and Samantha Gorman Another iPhone application, the Pry novella is a bit more realized than Arcadia, albeit shorter. Rather than using the application to provide only structure and freedom of narrative, Pry incorporates sound, video, and touch to explore the inner thoughts of James, a demolition consultant and veteran of the first Gulf War. Right now only the first five chapters have been released, but Part 2 will be included in a free update.