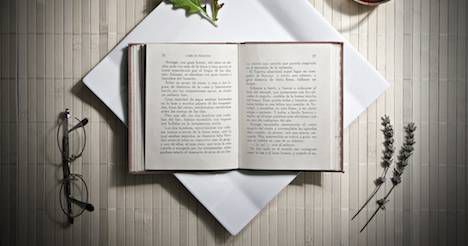 My sister Madeleine loves to cook. She delights in dreaming up menus, pairing this and that together. She can drift past a pan that is simmering on the stove, dip a spoon in, and immediately identify the particular dash of spice the brew is missing. More than that, she loves food. She talks to her cookies, urging them to brown evenly; she’ll look away from her book to smile down at a particularly well-scrambled plate of eggs. When the basil plant she kept on the windowsill sprouts leaves, she plucks them gently, and always pauses for an appreciative inhale.

I have never had this relationship with food. I eat like a queen by hovering around Madeleine in the kitchen, but when I’m away at school, my own diet tends to be at best, boring and at worst, appalling.

Recently, though, I’ve made real strides to acknowledge my complicated history with food, and to mold a new definition of healthy eating in doing so. My history with disordered eating means that it’s not so simple for me to think about things like “eating clean,” or “low carb,” or “super foods,” or all of the things that are suddenly relevant now that nearly everyone I know has graduated from dining halls to their own kitchens. To me, healthy eating puts me in mind of Madeleine’s cooking: prepared with music playing, and eaten slowly with a series of happy sighs.

So, I started cooking, for real. I started going to the friendly little grocery store, and the bulk spice store, and actually buying good bread – from the bakery! And, like any bookworm/aspiring gourmet might, I picked up some M.F.K. Fisher.

Specifically, I chose How to Cook a Wolf, Fisher’s combination essay/cookbook on eating well in wartime. The back cover says that the book “continues to rally cooks during times of plenty, reminding them that providing sustenance requires more than putting food on the table,” and this is true. Throughout the book, Fisher strives to balance the indignity of World War II rations (and poverty in general) with the strong desire to preserve the dignity of cooking and eating. She reminds us that though the Wolf we call appetite can be clawing at the door for any number of reasons, delighting in the sensual experiences of food is part of what makes us human. As a college student, I appreciated this. Do I have an excuse to eat ramen noodles every night? Maybe. But do I want to? Not particularly. In another chapter, Fisher discusses bomb shelters and the horrifying notion that the post-apocalyptic future was to be full of canned soup and soda crackers, a future that Fisher does not accept. She issues the following advice: “if you are not in a state of emergency, but merely living so…use as many fresh things as you can, always, and then trust to luck and your blackout cupboard and what you have decided, inside yourself, about the dignity of man.” My own personal “blackout cupboard” contains Nutella and instant oatmeal, but regardless, it’s good advice.

As bracing and realistic as Fisher’s tone can occasionally be (the chapter “How to Stay Alive” contains instructions on how to cook a “sludge” of cereal, vegetables, and ground beef that is merely “a streamlined answer to the pressing problem of how to exist in the best possible way for the least amount of money”), it is also in many places wistful and throughout the book achingly funny. As many books about food written in the 1940s tend to be, “How to Cook a Wolf” is written for women – women, who during any gruesome historical event were still expected to put out beautiful meals for their families, and look good doing it. Women, who, even then and even nowadays, are encouraged to eat less, eat a certain way, to, as Fisher would put it, keep the Wolf nearby. In a chapter called “How to Lure the Wolf,” Fisher details the less-glamorous aspects of cooking, including how to keep the smell of garlic off your hands and how to keep your skin soft after washing dishes. But she finishes this chapter with a dismissal of all of these householdy tips and tricks, saying “Or you can broil the meat, fry the onions, stew the garlic in the red wine…and ask me to supper. I’ll not care, really, even if your nose is a little shiny, so long as you are self-possessed and sure that wolf or no wolf, your mind is your own.”

I’m still not a cook the way my sister is. I have to stare intently at a recipe the entire time, mouth directions as I read them, and I have no idea how to substitute one seasoning for another. I never know what something “needs” (salt?). But the other day, fresh off a chapter of “How to Cook a Wolf,” I found myself smiling fondly at some leeks in the store. Every morning, I look forward to the ritual of making coffee. And though spring has been a new development here in Michigan, I’ve been obsessed with keeping fresh flowers on the table. When you’re a broke college student who is occasionally at war with your own body, sometimes you have to find the little things that feed you – and it’s about so much more than food.