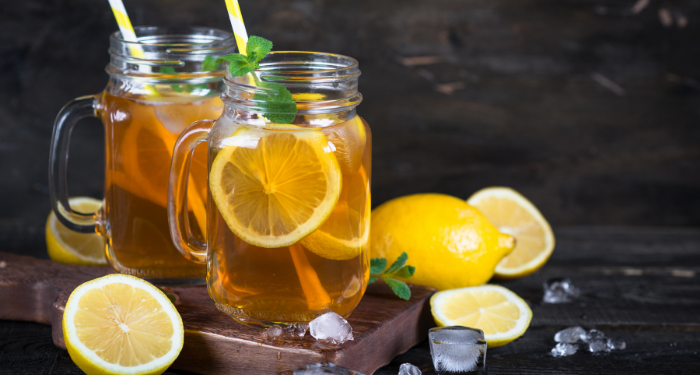 June is National Iced Tea Month! Ice tea is something I’ve been drinking my whole life. While I grew up mainly in the south and live in Virginia today, even when I wasn’t living here, I was raised by a southern momma. Ice tea was a staple in our kitchen most of the year. I was lucky enough to have a culinary curious mother who was always trying new recipes and making favorites from Virginia when she couldn’t find them in the store. (Her homemade pimento cheese is the best, and I am willing to defend this opinion with fisticuffs, thank you.) Ice tea fits in this category for our family because the store-bought versions were never quite right, according to her.

Making iced tea at home when it’s easy to get every flavor from peach to kombucha at the gas station may seem like a waste of time, but just like most homemade foodstuffs, making your own eliminates a certain processed flavor. It’s difficult to describe other than chemically tasting. Also, it doesn’t take much time or effort to brew iced tea at home. Aside from the few minutes it takes to steep and add sugar to hot liquid, there’s no work at all.

In 1795, South Carolina started growing tea and was the only state that produced tea commercially. Tea punches, drinks mixed with tea and alcohol, were often served cold, but are not the iced tea we recognize today. The oldest recipes in print were made with green tea, not black tea, which is how they are made now. The Kentucky Housewife, a cookbook published in 1839 by Mrs. Lettice Bryanon, has a typical recipe for American tea punch: “Make a pint and a half of very strong tea in the usual manner; strain it, and pour it boiling (hot) on one pound and a quarter of loaf sugar (That’s 2 1/2 cups white sugar). Add half a pint of rich sweet cream, and then stir in gradually a bottle of claret or of champaign (sic). You may heat it to the boiling point, and serve it so, or you may send it round entirely cold, in glass cups.”

The southeastern United States claims sweet ice tea as part of their culture, but iced tea actually originated in the northeast, where ice was abundant and easy to keep in cellars from the cold winter months through most of the summer. The key difference between the two is that sweet ice tea is sweetened while still hot and iced tea is served unsweetened, with sugar available should the drinker want it. It wasn’t until 1884 that a recipe for sweet ice tea as we think of it was printed in Mrs. Lincoln’s Boston Cook Book: What to Do and What Not to Do in Cooking, further proving that sweet tea wasn’t just enjoyed in the south.

The popularity of iced tea parallels the development and availability of refrigeration. In 1856, Richmond, Virginia druggist S. P. Semple advertised that, at his soda fountain, “the exhilarating effects of a glass of iced Tea or Coffee [would] speak for themselves.” Many stores and soda shops were able to use refrigeration to serve cold beverages, even when people weren’t able to afford refrigerators in their homes yet.

It wasn’t until 1904 at the World’s Fair in Louisiana that iced tea gained popularity. An unseasonably warm summer drove Richard Blechynden, India Tea Commissioner and Director of the East Indian Pavilion, to serve tea over ice. He ended up selling $2,000 worth of tea (approximately $50,000 today) over the course of the fair, tying the idea of sweet ice tea and the south together. It’s become a part of southern American culture, people even write songs about it. After this, glass and silverware transformed to cater to iced tea specifically, with tall glasses and long handled spoons, for adding more sugar.

During Prohibition, ice tea soared in popularity as a delicious, non-alcoholic drink and began appearing in most southern cookbooks of the time, especially in church or ladies’ society cookbooks. This is where the recipe for what we think of today as traditional ice tea comes from: black tea, presweetened (that is sweetened at the time it is brewed), chilled, and served over ice. The flavor combinations and twists on this basic recipe are endless and exciting. It’s around this time that the colloquial use of “sweet ice tea” versus the grammatically correct “iced tea” became common usage in the south. More often than not the “ice” is dropped, and the drink is referred to as “sweet tea” because the iced is implied.

For this challenge, I wanted two American southern style recipes and two from different cultures. While the American south certainly claims sweet ice tea, it’s foolish to think they own it or even necessarily do it best. Because of all the variables in iced tea, the recipes I’ve found vary quite a bit, from the type of tea used to the time steeped to the added flavors.

A Few Notes On Brewing 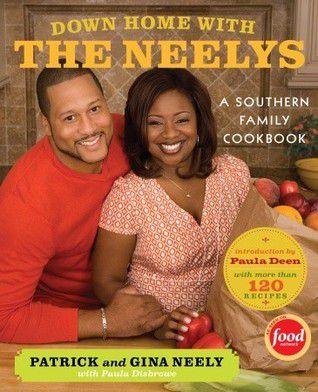 Down Home with the Neelys by Patrick and Gina Neely

“Raspberry Iced Tea”  is an interesting twist on the traditional idea of sweet ice tea. This one has a twist of using two different kinds of tea — raspberry zinger and hibiscus — to give it both fruit and floral flavors that make it more complex than it appears at first glance. This is the only recipe that uses two different types of tea. It also adds fresh fruit into the simple syrup used to sweeten the tea, which gives it a complex kind of sweetness from the tartness of the raspberries.

This tea has a gorgeous red color and the fruit in the glass gives it a classy look I find appealing. Hey, you eat (or drink) with your eyes first, right? This batch is the largest out of the four and called for a cup of sugar to sweeten it, which sounds like a lot. But once it was added to the 12 other cups of brewed tea, it wasn’t overly sweet. Combined with the tart raspberries and what can sometimes be bitter hibiscus tea, this drink was lightly sweetened, floral, and more complex than I expected. 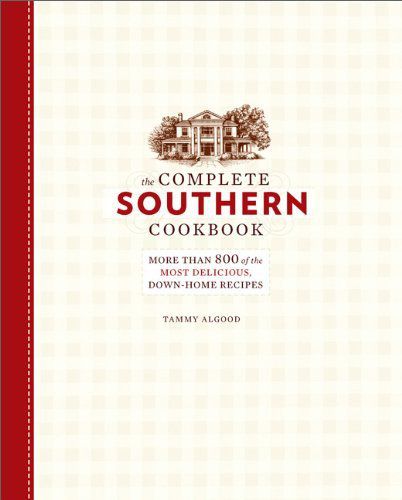 “Crush on Mint Tea” is exactly the kind of tea I think about when I remember the sweet tea of my childhood: black tea and fresh mint with a lot of sugar and a touch of citrus. This basic formula is one found sitting on refrigerator shelves all throughout the American southeast.

The recipe calls for the tea to be steeped with fresh mint leaves, and I’m glad it was, because it would have been pretty bland without it. This recipe also called for the greatest sugar to liquid ratio, reinforcing the “traditional” southern sweet tea idea. I used Lipton tea for this recipe, which is a common choice for iced tea brewed in this style. While it immediately brought me back to Grandma Shirley’s kitchen, it was overly sweet to the point of distraction. Even though it was brewed and served with fresh mint, it was only an aftertaste. The primary flavor is sweet. I wanted more tea and mint flavor than there was. 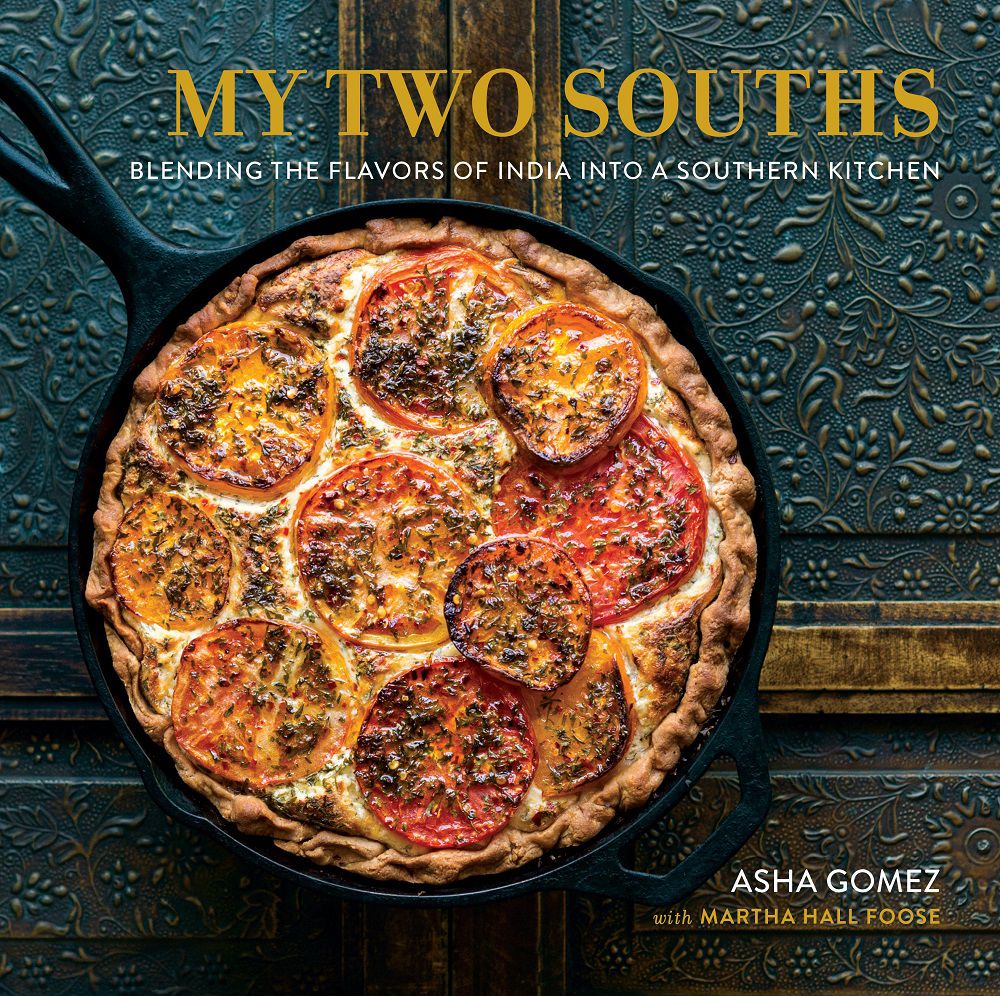 My Two Souths by Asha Gomez with Martha Hall Foose

“Arabian Sweet Tea” is the recipe I was most excited to try. The entire cookbook is based on the idea of blending the flavors of India and the American south. It called for the tea to be steeped with mint, sugar, and orange zest. I knew that using Darjeeling tea versus a Lipton-style tea was going to change the flavor. Darjeeling tea is cultivated in West Bengal, India and is a lighter tea than many black teas, often with a floral quality. This recipe also calls for the least amount of sugar out of all the ones I tried, so I knew it’d be interesting to compare to the other recipes.

This was the least sweet of all the recipes I tried and the most distinct tea flavor. Unlike the Crush on Mint Tea, Arabian Sweet Tea had a distinct mint flavor. While there was a touch of orange, I was hoping it would come through stronger than it did. Since it has the least amount of sugar, this tea was a little on the bitter side, but I thought would be great served alongside a meal, even though I wouldn’t choose it to sip out on the porch as a stand-alone drink. 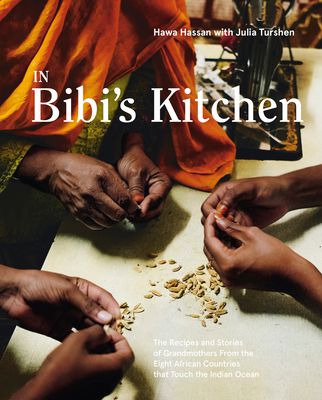 In Bibi’s Kitchen by Hawa Hassan

“Iced Rooibos Tea with Orange, Cloves, and Cinnamon” is the farthest outside American southern-style that I made. Rooibos is a tea made from a plant indigenous to South Africa that is used to make herbal tea. The recipe calls for the tea to steep with spices and sugar, and once it’s cooled, orange juice is added for additional sweetness and flavor. This gives the tea a beautiful and distinct look that sets this iced tea apart from its competitors.

This recipe is the least “traditional” of the four, but one of the most visually appealing, especially with the cinnamon stick garnish. Steeping the tea with cloves and cinnamon sticks gave it a deep, rich flavor. Using primarily orange juice to sweeten the drink rather than sugar, even though the recipe did call for two tablespoons be added while the tea steeped, made the sweetness more complex than the other drinks. The orange juice and spices were the primary flavors I got. It was missing the floral and earthy flavors I was looking for from the tea, which was surprising, because this recipe called for the longest steeping time out of the four.

And the winner is…

“Raspberry Iced Tea” from Down Home with the Neelys! The glass of tea was gorgeous and hit with a bright burst of flavor with the first sip. It wasn’t overly sweet, and while the raspberry added a lovely tart balance, it didn’t overpower the tea itself.

I would serve this tea to my most foodie-focused friends and to my late grandparents knowing that both crowds would love it equally. You won’t have to worry about getting “the sugars” as my gramma called it, because it’s less sweet than soda and much more delicious. It’s a fresh take on an old classic. This tea is perfect for family gatherings, front porch sitting, barbecue sipping, and just sitting on the shelf in the fridge as an anytime drink.