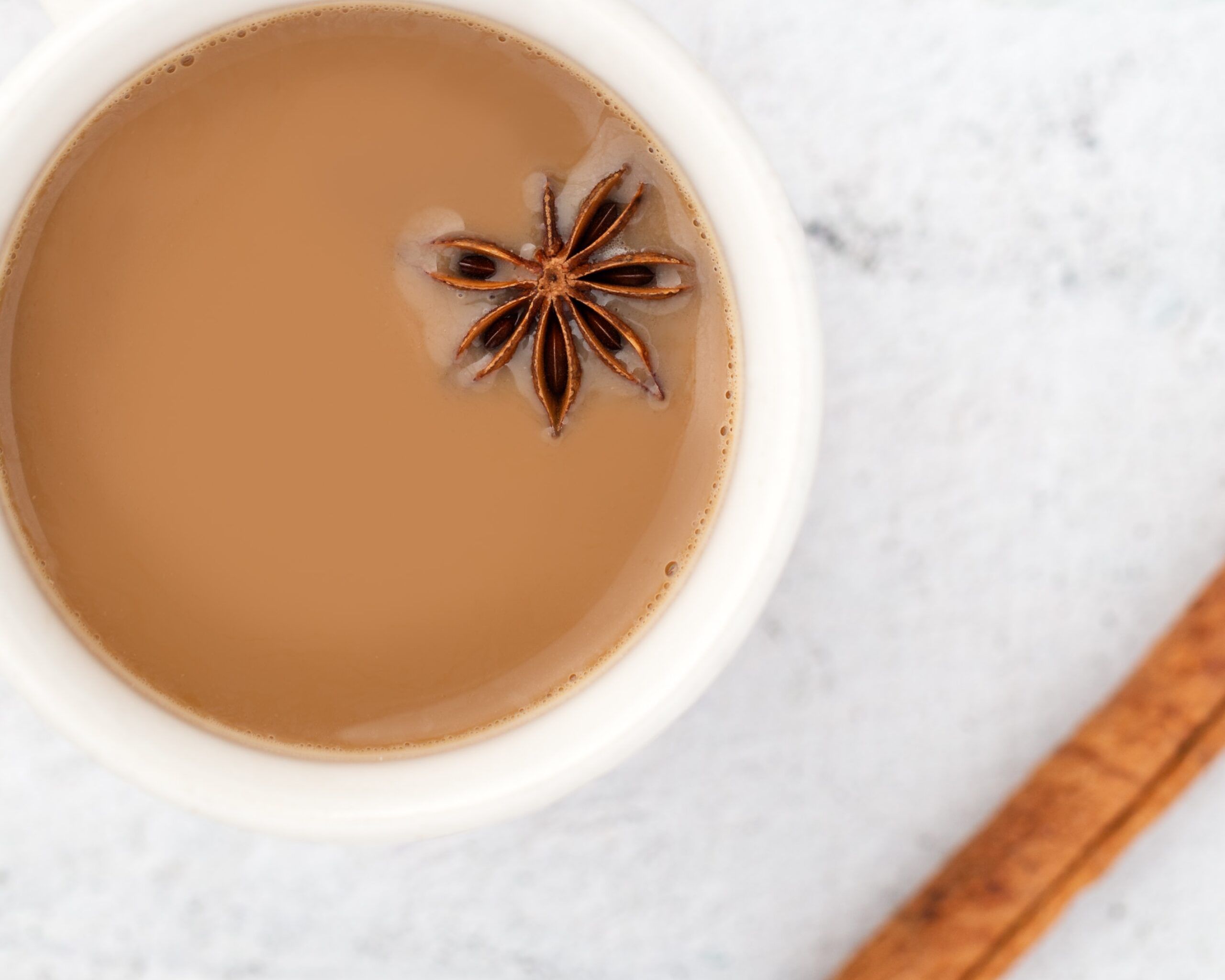 From curing a common cold to finalizing matrimony, chai (the Hindi word for ‘tea’) carries on its shoulders a history that is over 5,000 years old. While split into multiple types ranging from Darjeeling to Ceylon to Earl Grey, it has its origin in South Asia, in the Assam region of India. It has a history of being used in Ayurveda medicine initially, but the evolution of chai and how it has come to be used today in households and shops, also tells the story of a drink that has seen an entire region subject to colonization and partition.

While initially part of South Asia, by the 1700s, as the British penetrated the various regions of Asia, tea culture began spreading from East Asia to western Europe. In the 1830s, the British, fearing monopolization of the tea industry by the Chinese, began their own crop cultivation for tea in India, which is how it made its way to the west.

Traditional chai as we have come to know it today is usually a blend of spices ranging from cinnamon, star anise, cardamom, cloves, fennel, ginger, and peppercorn, along with a chosen blend of black tea. The varying strength of the tea usually has to do with the degree of oxidization the leaves have been put through. Oxidation, as the name might suggest, is the process through which tea leaves interact with oxygen. The process of oxidation in tea leaves begins when tea leaves are harvested and is then continued when tea leaves are either broken or damaged in some way, allowing for more oxygen to enter the leaves. The more the tea is oxidized, the darker it is in color, and the stronger it is. Once the varying degree of oxidation is achieved, tea leaves are then exposed to high heat, stopping the oxidation process, and preventing the tea from darkening any further. For the recipes below, loose tea is preferred for all the recipes as opposed to tea bags, as loose tea is often oxidized for longer.

I drink my tea with a smaller number of spices than the traditional chai because I drink tons of it, and too many spices tend to give me raging heartburn. My daily tea of choice — three times a day — is a spoonful of loose black tea, cooked in a saucepan for a minute, then simmered for two minutes. Then I put it on a flame again and add a dash of milk, only a dash. When I feel fancy, I add cardamom and fennel seeds and play with the flavors by adding a dash of sugar and salt to elevate the flavors, but this is occasional when there is more time.

What makes it a great contender for a cookbook showdown when it is easy enough to buy at any coffee shop? Well, learning how to make chai on your own allows you to control the intensity of flavor according to your preference and how sweet you prefer it. Coffee shop-made chai lattes usually come with pre-made mixes with a predetermined level of sweetness (usually very) to overcome the bitterness of the spices. The bitterness is the essence of the chai, though. It is meant to complement both the sweet and sour moments of your life, by utter contrast or perfect cohesion.

The three recipes I chose below are based on two things; the time it takes to make them and the varying intensity of the flavor. Each of these is fit for any beginner to expert and is best enjoyed with a Chocolate Digestive, a chocolate chip cookie, or any dessert of choice. Let the games begin.

Some Notes on Ingredients and Timing 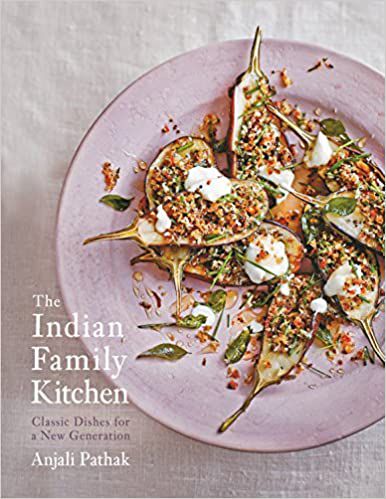 I remarked to my husband today how I had been so stuck on the recipes passed on through my family, that I hadn’t explored all the modern takes that were taking place with traditional Southeast Asian cooking. This book served as a great starting place for that. It combines Southeast Asian ways of cooking and using spices with easy everyday recipes; for instance, rub butternut squash with garam masala before roasting. She also incorporates the teaching of process over following recipes alone, to improve your intuition while cooking. It is no surprise, then, that this served as the perfect starting point for this showdown.

Out of all the three recipes tried in this showdown, this is the most balanced of them all. It skips the cinnamon altogether and has just the appropriate amount of clove to peppercorn ratio. It asks for 1/2 tsp fennel seeds, but I find it best to go with a pinch. The mint leaves were a particularly gifted touch, although completely optional. 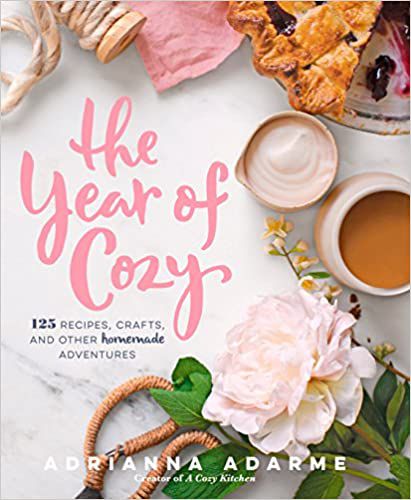 The Year of Cozy by Adrianna Adarme

This is a light-hearted project of a book meant to inspire in 125 different ways. The combination of recipes, crafts, and homemade adventures aims to nail the cozy aesthetic in your household and succeeds delightfully. There are fantastic pictures that follow, and I recommend trying the Golden Milk Tea in combination with the Warm Chai Tea recipe.

This was definitely a recipe that was on the bitter side. For the same amount of servings as the previous one, it called for more cloves and peppercorn, along with two sticks of cinnamon. The quantity of milk is also more, which is great at balancing some of the bitterness. I used the standard loose leaf black tea for this, but feel like Darjeeling, which is a bit fruitier, might be a better option.

The suggested sugar amount was a little much, so take caution on that. The sugar in chai does not complement the flavor when added in large quantities. Opt for creamier milk or a richer dessert. 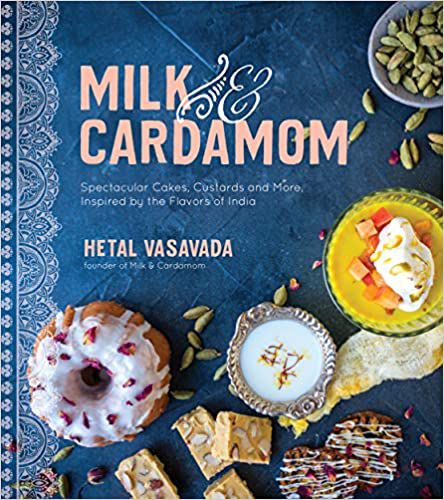 This was the last gem I found in my search for the perfect chai recipe, but certainly not any less lustrous than the other two contenders. What made this especially amazing was its complementary recipes of traditional desserts called ‘khatai,’ which are essentially sugar and flour puffs that explode into your mouth. I cooked them both together and the results were gastronomically pleasing. This delightful book deals entirely in desserts and delicious drinks and is such a mine of show-stoppers.

This was a chai on the milder side. The spices to tea ratio were comparatively lighter and is perfect for when you want some spice without going overboard. It yields a lighter colored chai too.

And the Winner is…

The Heart-Warming Chai recipe from The Indian Family Kitchen. A cup of chai really is a burst of flavor on that first sip, and the end result of the recipe succeeded in that right from the start. The second recipe needed some adjustment to make it a little less bitter and the third one needed a bit more cook time to get the perfect color.

Chai time at my house was a way we greeted our dad when he got back from work. We would all sit together sipping chai (ours strengthened down with Ovaltine) and talk about our day and fight over who would get the last biscuit to dip in their tea. As time passed and we transitioned into different phases of life, chai became something to welcome new relationships with. Gossip sessions to spousal problems, everything gets solved over a cup of chai. My husband, a notorious coffee drinker, sits down with me at least once a day to have a cup of chai, and it gets me every time how there is something glorious in sharing this warm beverage with the ones you love.