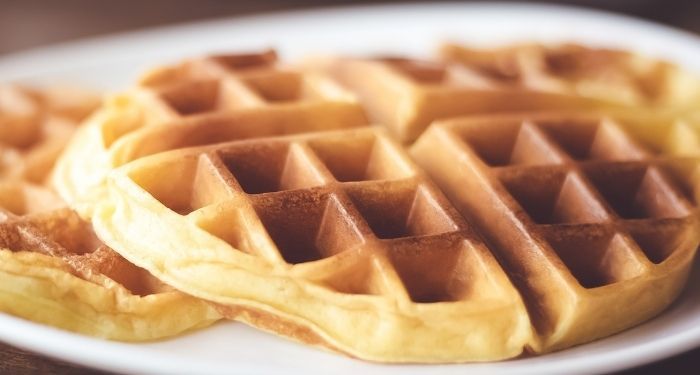 Waffles versus pancakes: A Pointless debate

First, let me say that I wholeheartedly believe that waffles are a superior product to pancakes. Pancakes are just like SPLAT and they kind of sit there, waiting to be eaten. Waffles are crispy and come with a bunch of holes for you to fill with butter and syrup. Plus, you can waffle so many things! I went through a phase where I was just waffling everything in sight. The best was my leftover thanksgiving waffle, in which I waffled the stuffing, spread mashed potatoes on it, and covered it in gravy. A+ leftovers hack!

Waffles have structural integrity and can not only handle all your toppings, but they’ll keep them in place. If you like plain waffles, you can even carry them around with you in your pocket. Who wants to carry around a floppy-ass plain pancake? No one!

What makes a waffle a waffle?

The short answer is that it is made in a waffle iron. You could take a pancake recipe and waffle it, or waffle a pancake recipe because they do have the same fundamental components: eggs, milk, and flour. However, most waffle and pancake recipes have several big differences.

A few things you should know about my process for waffle judging. First, I had my husband help me. He is a fancy chef and knows all about subtle flavors and the science of why salt matters and all that rigmarole. I know about proper butter-to-syrup ratios.

Second, I used the same flour, butter, syrup, milk, etc. on all of these except when the recipe required a different type of ingredient. For example, I did use buttermilk instead of milk when the recipe called for it, but I did not use the name-brand all-purpose flour one recipe called for. Determining the better of various name-brand/generic flours is a job for another website.

Finally, we do not have a great waffle maker. On one hand, it’s a simple, affordable, non-stick waffle maker that is easy to clean. On the other hand, these attributes do not translate to the best waffles. For that reason, you will see that “crispiness” is not a category they were judged on, which is fine because it varies from one maker to another. The appearance, taste, density, and difficulty that we judged these waffles on will be the same no matter the waffle iron used. 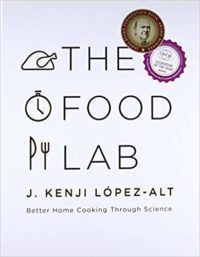 I had to start here because Lopez-Alt does those deep dives you need when you’re trying to find the best possible recipe and/or technique for something. The Food Lab is a very heavy, well-respected cookbook that focuses on every tiny detail.

Despite using the same amount of this batter as I did for the other recipes discussed here, this one did not have enough oomph to get to the edges. And by “not enough oomph” I mean that it was too thick to spread appropriately.

A perfect waffle would be crispy on the outside and delicate inside. As I said above, I don’t have the cast iron to get the crisp so I am not judging on crispiness. I am however judging on density and these waffles were way too dense. It felt more like biting into and chewing a donut than a waffle. I imagine this is related to the fact that the batter did not spread out appropriately and was too concentrated.

As to taste, these were pretty average. Sure, they tasted like waffles, but there was no intensity of flavor and no particular flavor that shone through. If you’re having a waffle craving, you will likely finish these waffles and say, “Yes, my waffle craving has been squashed. Thank you waffles.” But if you’re trying to convince someone who’s indifferent about waffles that waffles can impress, I wouldn’t choose this recipe.

Yes, there was egg-white whipping and the need to run all over town to find ICE COLD club soda, but while there were more steps involved, they were fairly easy steps to follow. I wouldn’t make these for a quick breakfast, but it doesn’t take a master waffler to get it done either.

Would I kick this waffle out of bed? Yes, but I would kick 100% of waffles out of bed — too sticky! These waffles were fine. I’m sure in a proper cast iron, they would have been much better, but since all waffles in this showdown were cooked in the same waffle iron, I can’t give or take away points for that. If this recipe were easier, I might have scored it higher, but I need a moderate recipe to be significantly better than an easy recipe if I’m going to take the time. This was not considerably better than the easy recipes I did. 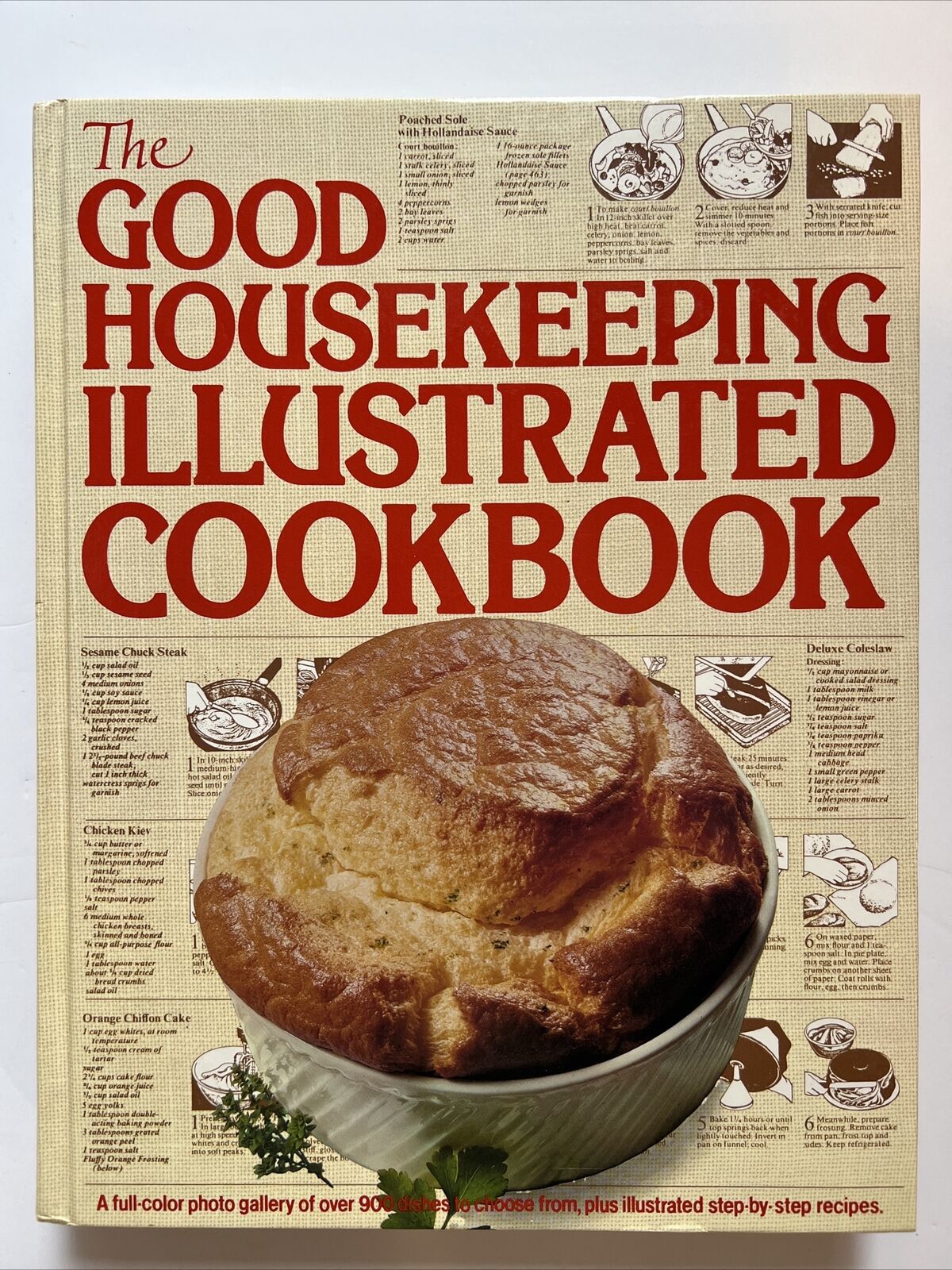 Oh yeah, I did it — I went back all the way to the year of my birth (1980) to find a simple, classic recipe. I bought this cookbook years ago at a thrift store because it’s got maybe one billion recipes in it, and many of them are quite humorous!

But of course, I also bought it because I grew up on the kinds of food that were cooked in this kind of cookbook, and there is really just no substitute for nostalgia. So, how’d they hold up? Let’s peek!

I think it’s pretty easy to see by just looking at this photo that this waffle is light and fluffy. You’ll notice that the batter got all the way to the edges, though there was a bit of lack of coverage at some of the edges. Overall, I think this is a pretty good-looking waffle.

Again, if these could be crispier, that’d be great. But let’s chat about things we can have in life (without buying more kitchen gadgets for my home). These were a little chewy on the outside and fluffy inside. A delightful density, overall.

I talked through my first bite to announce, “Oh, these are some egg-forward waffles!” This wasn’t a bad thing. They were certainly more aggressively flavored than Kenji’s, though I would have liked a little more vanilla or even some malt?

Unless you’re buying a box of Bisquick, you can’t really find an easier recipe than these. They did call for one “weird” ingredient, which was “salad oil.” This just means any oil you might use on a salad. So, you know, your light-veggie oils like soybean, canola, etc. You wouldn’t want something like olive oil that would aggressively flavor these waffles. I used the same generic store-brand vegetable oil I used on all the rest.

So, would I consider having sex with this waffle? No, again, too sticky!

But overall, this is a very classic, easy-to-make, simple waffle that hit every point I expected from it. It’s definitely not the best waffle you’ll have in your life, but if you want to whip up a quick batch of waffles with ingredients you have on hand, you could do worse. 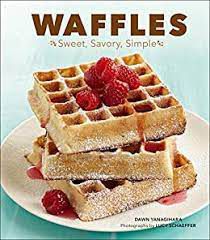 With more than 45 waffle recipes, this cookbook has something for everyone. From savory options like mini salt-and-pepper waffles with bacon-green onion-clam dip to fancy treats such as waffles with sweet goat cheese, cherries in port syrup, and toasted almonds, if you want maximum waffle choices, this is a good cookbook to have on hand.

For the purposes of this cookbook showdown, I followed the “classic waffles” recipe. While the other waffles I tested used buttermilk, these used whole milk. This was also the only recipe that used cornstarch. Did these make a difference? You know the drill – let’s get to it!

Now this is a good looking waffle! It browned up nicely. It looks light and fluffy. It lost half a point because the batter was slightly thick and didn’t quite reach to the edges.

Excellent density. Light and fluffy with a little chew on the outside. Brava!

When Dawn named these “classic waffles,” she wasn’t joking us. If I ordered a $10 waffle at my local diner and they brought me these, I’d be very pleased.

Not only was the recipe easy to follow, these waffles were the only ones that called for whole milk instead of buttermilk. I’m going to guess more people have whole milk on hand than buttermilk.

If you want a waffle that makes a chef nod and say, “Yep, that’s a classic waffle!” when he eats it, this what you’re looking for. And to think, there are 40+ more waffle recipes in her book! It’s gonna be a minute until I purposely eat waffles again, but once I get back to it, I will be checking these out. 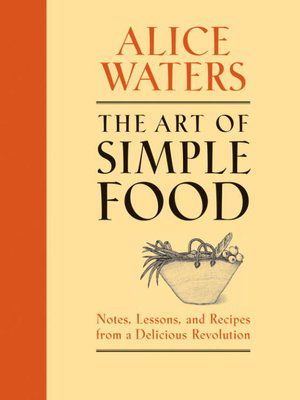 The Art of Simple Food: Notes, Lessons, and Recipes from a Delicious Revolution by Alice Waters

Alice Waters, a pioneer in the farm-to-table concept, “single-handedly changed the American palate,” according to an article from The New York Times.

She believes in focusing on simple, local, fresh ingredients. Her waffle recipe includes several types of wholegrain flours, which should add texture and flavor. Let’s see if this was a pro or con for these waffle tasters.

By now you know how obsessed I am with waffle batter covering the whole waffle maker. This one knocked it out of the park. It browned up really well and it’s got a bit of a rustic look that I’m into.

Alice called for half whole wheat pastry flour and half dealer’s choice from a few other listed flours. I used cornmeal. The pastry flour helped keep them light and fluffy and the cornmeal added some lovely texture.

Once you have all the ingredients on hand, these are easy to make. However, the main grocery store in my city of 75,000 people did not carry whole wheat pastry flour. I did find it easily enough at a hippy grocery store but I deducted a few easy-points for that and for calling for two types of flour in the first place.

No way around it, these are very good waffles. Light and rustic, chewy and delicate, these are tasty waffles with personality.

Conclusion: Who won the waffle-off?

I did, I ate four kinds of waffles in a week. But of the waffles, this waffle off was a tie!

My chef husband liked Alice Waters’s waffles the best. He thought they had a more interesting flavor and loved the two-flour approach.

I liked Dawn Yannagihara’s the best. They are the quintessential waffle, as far as I’m concerned.