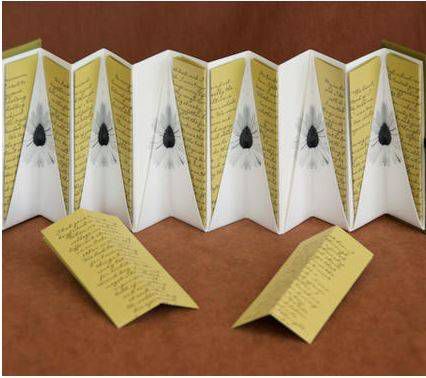 John visited a small town in Iowa that was having a mass Vietnam flashback. He knows, he was there. Sort of.

We open on a gang of off-duty football hooligans. At weekends these guys pull on the red of Arsenal, and the blue of Chelsea, and fight each other. During the week, they roam the streets together, looking for minorities to attack, and a little of the ol’ ultra-violence. They spot a gay man heading into a public toilet (they spot him because he’s wearing a big coat, it seems) and follow him in to dish out a kicking, but it’s a trap; they get attacked by a demon. The demon is Nergal – a name worth remembering, folks- and he’s building his Damnation Army in the sewers, recruiting from the streets of London.

In the pub, John speaks to a reporter and finds out that the Damnation Army are starting to get a reputation, and that the government are covering it up. Meanwhile, Nergal sews the football hooligans together into one creature, then sends it out on the hunt. The new creature tracks down Zed (who happens to be in bed with John at the time) but is prevented from taking her by John. Our man on the ground notices the football tattoos, that this creature is made up of thugs who support different teams, and asks them one simple question; “what do you do on saturdays?” The football fans start to fight each other, tearing, kicking, and punching. John and Zed make their escape while the creature tears itself apart.

So, what did we think?

Jay: Loved the opening. Specifically, I liked that it wasn’t soft peddling. When you’re writing such nasty pieces of work as the street gang, it’s easy to cop-out on their views. The writer can get scared that the reader won’t understand that the bigotry is in character, they can put in various sub clauses and feel the need to counter each offensive moment. The reader will trust you, though, and you can take the time to let the characters be themselves, and to show that they’re idiots without needing to tell people.

Dave: Very true. I like the way Delano isn’t afraid to just dive right into these kid’s lives. Though like the Vietnam issue, he’s also not afraid to editorialize. I think we get pretty quickly that we’re not meant to empathize with the British Boys — their “shriveled hearts” are warmed by the glow of their molotov cocktail.

Jay: Good catch. I must have missed that line (IT’S ON THE FIRST PAGE, JAY.) Damn…okay I’ll roll back a little on what I was saying. Delano does make his thoughts clear.

Jay: I liked John’s world weary approach. Like, he doesn’t want to be the hero in that moment, and he doesn’t really want to fight, but if he’s there and he’s seen that a guy might be getting a kicking, he has to step in.

Dave: It’s an interesting note coming right off of the last issue, where John decides NOT to save a woman because it would cost him his life. That might seem inconsistent, but I think that makes John a more human character. We size up in the moment what we can and cannot do. Something about these skinheads just brings John to action. Does he think he can take them on because they’re NOT a supernatural threat? Or is their brand of cruelty just something that pushes John’s buttons?

Jay: I wonder if it’s because he makes a personal connection? Right before going in, he mentions Ray Monde from issue 3. Maybe it’s when he can put a face, or a personal connection, onto an issue? Or could it be because the woman was in an American town and this is London? That would be parochial but, as you said, it would be human.

Dave: Good point. I hadn’t thought about the Ray Monde connection. Yeah, whatever the case, I think this definitely paints him as contradictory and mysterious as any real fleshed-out human being.

Jay: I think we’ve commented on this before, too, but I like that John and Zed are allowed to have an adult relationship. There are no comic book games, no innuendo, they simply hang out and have sex.

Dave: Right. The POINT of these stories isn’t really the relationship. Thus, I think they can forego the relationship drama. And because we’re all adults here, we don’t have to pussyfoot around. Refreshing. I stopped reading the New 52 version of Constantine, but I wonder if the upcoming Constantine: The Hellblazer series will skew “mature” enough to be able to have a relationship like this. Of course, even the TV show decided to play games with their versions of Zed and John — bouncing them back and forth between almost lovers and more of a sibling rivalry. They could have blood and gore, but not an adult relationship. Sigh.

Jay: What’s best about the way John defeats the monster, is how it’s so simple and makes so much sense. No need for a last minute reset button out of nowhere, or a magical artifact of the week. They’re football fans, and he just uses their own rivalry against them. Makes total sense, at the same time as allowing Delano to make a wider point about the hatred (and, deep down, self hatred) that fuels people like that.

Dave: I loved this take-down so much. This was one of those moments that stuck with me since my first read of this series. They’re wearing their “kryptonite” on their arms! It’s not some kind of magical occult knowledge, as you said — it’s about understanding people and what drives them. And even better — he does it completely in the moment. I love that the narration has that beat where John has to figure out what to do. He laughs first, and then the caption box tells us that he’s trying to figure out what he’s laughing about. I love that.

Jay: Do you think the TV show would have been able to make this idea work in the States? Would there be a parallel over there?

Dave: Hmmm… we certainly have sports rivalries here… in fact, Greg Rucka recently wrote about soccer rivalries between Portland and Seattle in his Stumptown series. But I’m not sure if the divide is quite as dramatic here. I think the only way to get this across in the US would be if Nergal stitched together a liberal pundit and a conservative pundit and then John were to ask, “What do you lads do on Election Night?”

Reading along at home? What did you think?