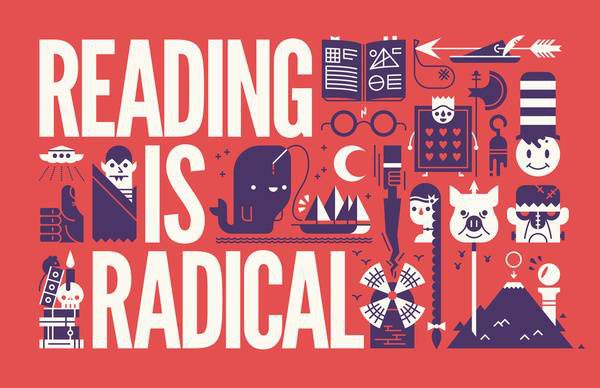 This is John Constantine. Leave your name and soul, and I’ll get back to you.

John? It’s me, Gaz. They’ve given me a bloody haircut, haven’t they? Cleaned me up a bit for the telly. Think I’ll fare better on this episode than I did in the book, John?

Only Dave here this week. Jay is off at a conference for crime writers, plotting murders over beer, most likely, so I’m running this recap solo. Let’s see if I can’t run this one completely off the rails…

I’m actually disappointed that Jay had to miss this particular recap because, right from the title, Hellblazer fans should sit up and take notice. “A Feast of Friends” is the title of Hellblazer #2, published way back in 1987, the conclusion to a two part story about a hunger demon and one of John’s old friends, Gary “Gaz” Lester.

And, yep, you guessed it, that’s the basic story we get here. While the series has used elements from Hellblazer in the past, this is the first straight-up adaptation from the comics. Does it change anything? Let’s find out.

We open with a sickly man coming through customs. This might be eerily zeitgeist-y, given the current Ebola scare. Gary Lester is the man in question, and he’s arrived in the U.S. to “visit a friend.” But the guards aren’t buying it. They know a junkie when they see one, so Gary ends up being questioned by a security guard. The guard points to the needle marks on Gary’s arms, then the ornate bottle (Occult Artifact #1) that Gary is carrying with him. Naturally, the guard assume it’s drugs. He lifts the bottle, but it lights up in his hands, and he drops it. It shatters and CGI beetles scamper out, swarm in the air, and enter the guard.

This is my favorite cold open yet. The guard’s actions are understandable; Gary’s warnings are futile. The threat is out.

Next we’ve got Zed and John relaxing at a park. We find out that Zed is straight edge — her visions are more than she needs. John contends that sometimes control is about letting go of things. I like the human-ness of this moment. Then Zed channels a vision, “pennies from heaven,” and time freezes as Manny the Angel shows up, basically to remind us that Zed has replaced Liv, and that there’s a big threat looming in the future.

Zed and John return to Hogwarts, and Chas is quickly written off with a line about getting his cab fixed. At this point, I’m fine if they want to dump Chas altogether. I love the comics character, but this Chas has yet to serve a real purpose.

The bunker’s been broken into, and there’s Gary, stuck in a “zero gravity trap,” (Occult Artifact #2, and a little too Harry Potter for my tastes but… eh).

Gaz has been haunted since Newcastle incident (the first reference since the pilot, I believe), and when he stumbled across a possessed young man in Sudan, he felt a compulsion to exorcise the demon. To atone. He pulled it out of the young man and sealed it in the bottle.

And we know what’s happened to the bottle.

We cut back to the guard, tearing through crowds, reaching into the sizzling deep fryer to stuff his face until he dies. And then the beetles swarm out of his mouth.

Back at the bunker, John is sealing up an extra “Khapra Beetle” (a straggler that arrived with Gaz) and binding it in a bottle using the Ring of Solomon.

We gets some interesting bits here as John and Zed talk about Gary. John’s angry. He refers to Gary as a “wasted life.” That all he knows how to do is use.

Elsewhere, the beetles claim their next victim — a woman in a supermarket, who actually bites the face off a guy in the bloodiest scene we’ve yet seen on this show.

Meanwhile at the Hall of Justice: Gaz claims to be clean now, but John’s angry. He won’t let Gary help him. He’s off to do some detective work, while Zed and Gaz remain behind and we get Gaz telling his side of the Newcastle story and his perception of John as the charming ringleader of their band.

“Roadtrip, and some black magic with the John Constantine.”

Zed touches Gaz and goes on a psychic trip through his heroin addiction that literally floors her.

From Hellblazer #2, a different altercation with the hunger demon.

John is out detecting, and… he apparently has another charmed playing card (Occult Artifact #4?) or the one from last week made it’s way back to him. Now I really want that web series about the charmed playing card… and how it comes full circle to end up back with John.

John tracks the beetle infestation to a meat packing plant, and a pretty horrific Spider-walking incarnation of the hunger demon. The effects aren’t overdone here — this is a much better use than we’ve seen on previous episodes.

John tries to contain the demon with a small vial, but it’s too powerful and John is forced shield himself with a frozen side of beef, barely escaping the freezer as he locks the demon within.

Can I pause for a moment and address the tie one more time? It’s hanging loose, and yet both ends are almost equal length. Now I’m not a huge tie guy, but I’ve worn my fair share, and none have ever been that long. Am I just missing a certain tie fashion? Or was this created solely for the Constantine Cosplay outfit?

Anyway, John realizes he needs more information. Now in the classic Hellblazer story, he actually tracks the boy back to a shaman in Africa, buuuuut… I think that’d blow the TV budget, so we go downtown to Nommo’s African Cuisine to meet Nommo, who has been waiting for John’s visit because it was foretold in Yesterday’s Goat Entrails.

Nommo sends John on a different kind of trip with a drug called The Mist that’ll leave John tripping balls until he takes the Nectar of Nhialis. (Occult Artifacts #5 and 6, respectively). Through Nommo’s trip — which, also true to the original tale, involves a trade of plucked eyeballs — we see the shaman in Sudan who fought the hunger spirit plaguing his people by choosing a single young man and binding the demon to him.

It’s a classic “Need of the many outweighs the needs of the few,” and I’m glad the show sticks to its guns on this. When played right, one understands that this is the type of decision that John, like this nameless shaman, routinely faces. It’s prescient and slightly subtle in its connection — something we haven’t quite seen on the show thus far.

The long, strange trip gives Constantine the name of the demon, Mnemoth, and the method of his defeat — he must be bound to a human body, the markings made with a sacred Kusa Knife (aka Occult Artifact #7).

John returns to the compound to discover that Gary’s escaped, but we quickly discover that Gaz is the victim of an overpass drug deal gone bad. John gets rid of Gaz’s attackers by offering them the best trip of their life and holding up a vial. Is that The Mist? If so, this marks one of the best Constantine moments thus far, as the implication here is that John’s action will consign these two hoodlums to a permanent head trip.

John and Gary sit down at a bar to recover and talk. Gary confesses his guilt to John. John says he never blamed him. It’s worth noting that this is at least the third conversation with Gary about the past, about feelings, and it’s the kind of thing that we haven’t had much of yet in this show. These are important scenes. They create empathy. They allow time for us to see these characters as more three dimensional and less archetypal plot device. Both Gary and John get more feelings in this episode than the sum of the characters in all previous episodes.

John and Gary, now working together, head to a museum, and Gary steals the Kusa Knife while John hypnotizes the museum guard into dancing like a ballerina. This was a great touch, nothing too heavily magic, nothing overly explained — just one of John’s little gifts.

Mnemoth strikes again, and John takes Gary to a theater to play out the final gambit. They encounter the demon munching on floor popcorn, and John reveals to his old friend that they need to bind the demon in a human body. And with that, Gary realizes what’s up. John’s been planning to use Gary’s body, but he tells Gary, giving the man a chance to make his own choice.

This is a pretty big deviation from the original tale, in which John and Papa Midnite basically tie an unsuspecting and strung-out Gaz to a haunted electric chair and let the demon enter him.

But this is the softer, NBC ConstanTEEN. Still, there’s a bit of nuance here. John chastised Gary and held him back, and then changed his tune and said they should work together. And that pushed Gary forward. And now John stands with Gary and lets him make the decision… but let’s not pretend it isn’t under duress. So, I’m not hating this version of the story.

John carves the markings into Gary, and they return to Hogwarts, where Zed yells at John for manipulating Gary. This is what happens, John tells her. “People around me die. If you can’t take it, then leave.” And she backs down. Frankly, it’s not a great scene, and it almost weakens the strength of the scene before it.

Nah, no worries, luv. Tribal tattoos are still *all* the rage…

But: from there we get the scene we really need to end on: John, holding Gary Lester’s hand as Gary howls, strapped to a bed and dying in slow agony. And Manny the Angel returns to give John a knowing look. This episode also marks the best use of the angel thus far, and I’m finding his presence (in this episode) far more useful than either Zed or Chas.

It’s also worth noting: while we tease about the occult artifacts, I think they were each employed wisely here (aside from maybe the Zero gravity trap). They make sense to the story, they all have a cost, and they’re used judiciously.

This is the best episode of the series thus far. While they deviated from the original Hellblazer story, they stayed true to the larger themes — magic has a cost, someone must pay, and it is often the magician’s responsibility to make that call. And they will live with those ghosts.

1. Do you care if they dump Chas at this point? Zed? Manny?

2. Do you want to see them adapt more Hellblazer stories? Any favorites?

3. If Yesterday’s Goat Entrails, The Khapra Beatles, and Rising Darkness went on tour, what would the tour be called?