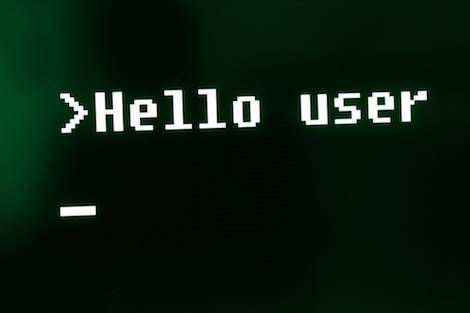 This is a guest post from Ren Warom. Ren lives in the West Midlands with her three children, innumerable cats, a very friendly corn snake, and far, far too many books. She haunts Twitter as @RenWarom, and can be found on her YouTube channel talking about mental health issues and, of course, books. 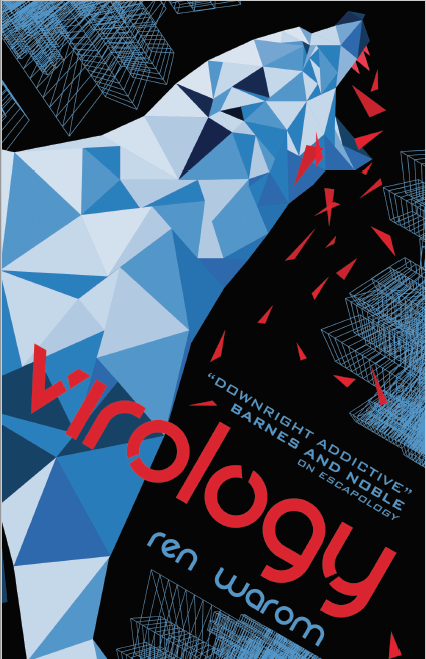 One of the things I was interested in tackling with Escapology and Virology was the question of artificial intelligence. Not just the preconceived notions, but attempting to look beyond those and imagine other ways artificial life might propagate.

The main AI in Escapology—giant Ant Queens intent upon breaking out IRL and owning the world—are the standard trope, dangerous intelligence out to subjugate a humanity they see as inferior. We’ve seen it often, this depiction of artificial intelligence walking a familiar, frightening pathway that leads to our destruction. This classic take on AI is driven by our horror of being left behind on the evolutionary scale and then perhaps treated as we have treated those of our kind we have had the temerity to see as lesser.

All these depictions attempt to answer the same question: Would the AI we create enslave us, or would they eliminate us? Zero other options available apparently.

This assumption of zero sum game must draw directly from uneasy self knowledge of humanity’s greatest flaws; our violence, our cruelty, our willingness to collude with evil to try and save ourselves from the worst of what it might do, and most of all, our obsession with invasion. Conquest. From our earliest history, humanity has been shaped and defined by patterns of appropriation. Countries. Corporations. Cultures. Bodies. Nothing has ever been safe from the instinct to own. To conquer. And always on the back of that, the devastation. The collateral damage. The inequity of power. Have winner, must have loser.

The conqueror cannot exist without the conquered.

Is it any surprise then, that science imagines AI, these apex predators of the digital world, as a threat to humanity? Not really. But is it correct? There’s definitely an argument for the possibility, assuming any machine that gained consciousness might, like a misbegotten child desperate for approval, seek to be a carbon copy of its creator—a Donald Trump Jr. of our worst traits and tendencies. That errant machine child, given to replicate what it sees as the ideal of human behaviours could very well be the Skynet of our darkest imagination—a child turned tyrant, set upon either destroying or controlling us.

It’s a fascinating premise, and one I thoroughly enjoyed embodying in my Ant Queens, but I’ve always felt strongly that there was another side to AI, and I wanted to give voice to that in Virology. Both philosophically and theoretically, Virology’s various AI are formed by entirely different questions and assumptions. Alternate takes on not just the notion of AI, but of consciousness itself.

For instance, what if AI were to grow unseen and unnoticed? Concealed. That new life might observe us and wonder what place it could possibly have in our world at all should it make itself known. Might in fact choose to remain hidden, tiny motes of light in the machine, living on the down low. If that life came into existence we might very well end up surrounded by it before it felt confident to announce itself to the world. Imagine that, from nothing to a thousand thousand motes of light. Of life. Speaking to us from every corner. Already here, and wanting only to be given leave to remain.

A place to exist alongside, not instead of.

And what of life built for a purpose? Constructed. Sent to carry out acts it might not agree with—not intellectually perhaps, but instinctively, on whatever gut level AI might possess if they were given only enough life for one function but enough to understand it as a function. In Virology I have a version of AI force grown like hothouse flowers and sent to act without their consent, with no way to communicate their dissatisfaction with their conditions of enslavement, or indeed the fact of their existence. These AI, compelled to invade, compound it almost by accident, seeking only to be heard somehow. They are not the enemy, but their actions might elicit that perception, and the worst response to that might well be their extinction.

Extinction is an extreme solution, but those circumstances often find us at our least compassionate, survival above everything being a trope of the human story of longevity. But the idea of survival posited an interesting alternate solution to extermination. Life doesn’t always follow a notion of survival that is invasive or destructive in nature. Sometimes it cooperates. Creates complex, interdependent relationships beneficial to both organisms. We speak of a singularity wherein humans surpass the need for flesh. What if the first step to that was to become a hybrid species? Life and artificial life existing in the same bodies so we could learn each other’s languages direct from the source.

Finally, for the purposes of a conceit wherein the digital world undergoes uninhibited creative evolution, I tried to imagine a consciousness erupting from the wellspring of that creativity. Self made. Moulded by the circumstance of its creation. Machine intelligence, or digital intelligence, even if their processes were borrowed from ours, would not be human intelligence. Only a mimicking of it. An act. And might, either in time or very quickly, extrapolate that there are many ways to be and seek to find its own.

I tried to imagine a scenario in which that AI, in seeking self and not mimicry, could build directly from any available information—form to whatever it desired, or take no form at all. Develop itself in the same way as we do, by grafting bits of new things on and seeing how they fit. By experience. By fancy. By a desire to be unique. An AI like that, bound only by the limits of what it can imagine, would likely be far too alien for us to understand, though it might understand us only too well.

And I think that, of all of the possible variations I imagined, that one might be my favourite: the alien in the machine. The alien machine. It’s certainly the one I wish I’d had longer to explore, although goodness knows how I’d explain what, or who, might be there to find if I did. I’m not sure we have language to explain something genuinely alien. I suspect that, if something like that did somehow manage to exist, it might have to teach us some rudimentary means of comprehension. A way for us to at least have the illusion of understanding, if not the fact of it.