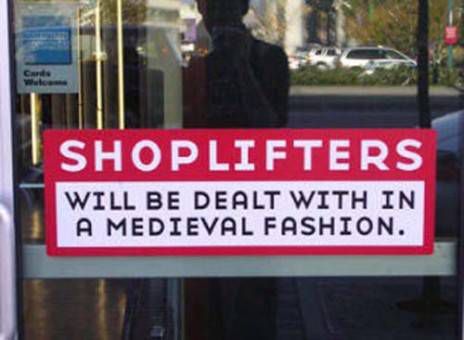 Let me begin by saying that in the six or seven months I’ve been a bookseller, I’ve met only lovely people. Our customers are quirky and polite, chatty and intelligent. But a few nights ago, the stars aligned or the moon was full or Mercury was in retrograde or some strange thing happened to bring all the odd people in Richmond into the store at once.

The Child So Precocious He Could’ve Been a Jonathan Safran Foer Character
The odd evening began with this eight (or so)-year-old boy who came in with his mother and father. The parents proceeded to ignore the boy, so he decided to follow me around the store and talk to me while I shelved. That’s pretty normal and wasn’t noteworthy until he started talking about the lack of depth in the themes of The Hunger Games, and about how he found The Lightning Thief full of too many factual inaccuracies in regards to its mythology and Just. Couldn’t. Continue the series. This was no child- this was an imp, Stewie Griffin all grown up, a miniature Frasier Crane. Eventually he moved on to inspecting the cheese papers in the cooking section. When he left, he wished me a “Good evening.”


Fifty Shades of Grey and its sequels live just across the aisle from the cash register and computer, so I get to stare at them quite a bit. Every time I look up, there they are. Giving me a tie-based evil eye. It does provide entertainment- it’s hilarious to watch giggly teenagers leaf through it, and adult men and women alike unashamedly snatch it up. Also with giggles. But on this night, a romantic-comedy-worthy scene unfolded before my eyes. A lovely middle-aged blond reached for a copy JUST AS a not-so-lovely-but-passable middle-aged fella reached for it and LO! SPARKS!

“Oh, have you HEARD about this book?” sayeth the lady (giggles).
“I SURE HAVE,” responds our hero, leaning in to whisper conspiratorially.
“Are you buying it for your wife? Girlfriend? All the ladies I know are reading it!” she responds, obviously fishing. I try to look elsewhere.
“Oh no, don’t have one! Just curious!”

Blah blah blah, this continues and I occupy myself with other customers. The two talk about other things for about 20 more minutes (I was NOT eavesdropping- it’s a tiny store and I can’t help but overhear things). Then I hear the little bell ring that signals the door to the store has opened. I look up to greet/wish someone a goodnight and there the two go, probably to their respective cars, but I can HOPE it was off to a local restaurant for a romantic dinner. What a story for the grandkids- I met your grandmother at a lovely bookstore when we both reached for the erotic fan-fiction!

The Politically Aware Thief
Anyone who has worked in retail knows that shoplifting comes with the territory, but it can actually be a bit difficult in our store. The store is so small that we can see you wherever you go. And shoplifters tend to exhibit a characteristic shifty-eyed, stoic silence that makes them pretty easy to spot. You can then bug them until they leave. “Can I help you? Are you sure? What are you looking for? How’s it going over there? That’s a great $50 art book, isn’t it?” Then in waltzes the icing on the cake of my odd night: a weird shoplifter.

He exhibited none of the signs of being out to shoplift. He was chatty, drew attention to himself, asked questions. He wanted to see a biography of Martin Luther King, Jr., and then a few books about past presidents. We talked about Pam Houston. I left him to leaf through a (thick, hard-covered) book about the Obamas so I could wait on someone else, and when I was done I looked up to see if he was doing alright. He was NOT doing alright. The copy of the Obama book was NOT cooperating with him as he tried to shove it down his pants.

I laughed…out loud…in his face. This was probably stupid, but the whole night had been like a weird Saturday Night Live sketch about working in a bookstore in the Twilight Zone, and this was the topper. Of course, I called the police and everything was fine-but let’s just say that as he ran out of the store, his pants were not in the same position they were in when he entered…I even disinfected the apparently-super-desirable copy of The Obamas (he never actually got it into his pants, but one likes to be safe).

Amidst this notable trio of interesting characters, there occurred snippets of conversation that added to the atmosphere of Odd that evening. There was the older gentleman who asked me if The Tiger’s Wife was about Tiger Woods’ ex-wife. There was the woman from Denver who worked herself into such a huff ranting about ereaders that she tried to give her Nook to the other strangers in the store (they declined). There was the family of four who kept taking cell phone pictures of recipes in the cookbooks so they could try to make them when they “got home to South Dakota.” (You can’t make this stuff up.)

I’ve been back to work since and it seems that the store has returned from whatever dimension it had been sucked into that night. It will take a whole heft of weirdness to top it, but let’s hope that night never comes.