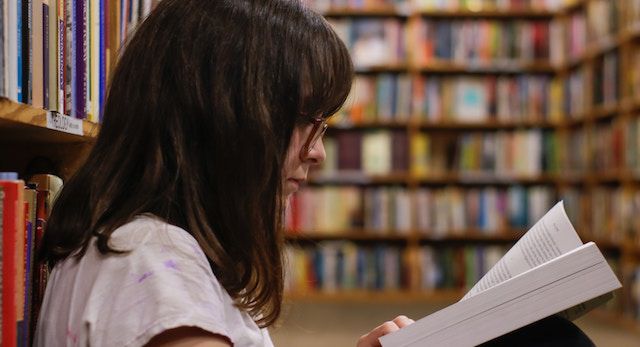 I love YA. I always have. As a young girl, I begged my mom to let me read Sweet Valley High, and had to console myself with Sweet Valley Twins until she relented. (I still remember my first SVH book: The New Jessica. I remember the thrill of going to Waldenbooks and picking up the peach cover and diving into it—no matter that it wasn’t the first SVH book; clearly that didn’t bother me, I was just so excited to read the series). I later read classic late ’80s/early ’90s YA series like the Cheerleaders series, the Class of ’89 series (each one was labeled Freshman, Sophomore, Junior, and Senior), and the Freshman Dorm series. I wasn’t even in middle school yet, but I gobbled these up. As I got older, I continued to read YA books, and do so even now at (almost—almost, not quite) 40.

I love Sarah Dessen’s novels, and have read and reread all of them over and over. They remind me of my beloved North Carolina, and I remember when I saw her in Whole Foods in Chapel Hill and quickly ducked into another aisle because I was so overwhelmed. (I regret my choice every day, believe me). I recently read her newest book, The Rest of the Story, and though I loved it, something about it felt…different. Maybe it was when the main character talks about chronology and her parents graduating high school and I realized I was the same age as them. I admit, it took me out of the story and I had to put the book down. I thought, ohmygod I am the parent in the story. I mean, yeah, I’m a parent myself, but reading it was different. I don’t know. It made me wonder about YA and whether I read it differently now.

Let me rephrase: of course I read YA differently now. We all read books differently depending on where we are in our lives, how old we are, our life experiences, and more. I guess I wanted to think about how my relationship with YA has changed lately. I took a break from YA—not intentionally, it just happened—for a bit, but prior to that, in my stints as a bookseller in both North Carolina and NYC, I specialized in children’s and young adult books and prided myself on my reading of these books. And then life happened, and I focused more on nonfiction and memoir, and YA fell by the wayside.

Recently, I’ve had the pleasure of reading some YA again as well as some middle grade, and thinking about the way I relate to the books—and though it’s different, it’s still good. Here are some that I’ve really loved. 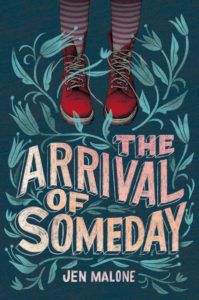 The Arrival of Someday by Jen Malone (July 23)

I was first drawn to this book because the main character played roller derby, and I’m always up for a derby book—but that’s not what this is about at all. Yes, she plays roller derby, but Amelia, the main character, was also born with a rare liver disease and needs a transplant. The story is artfully drawn with well-developed characters, no stereotypes, and the author avoids broad generalizations or making the book an Issue Book About a Topic. I had to stop and reread several sentences because they were so beautiful, and yes, I could appreciate the story from a parent’s perspective, as well. This book is still haunting me. 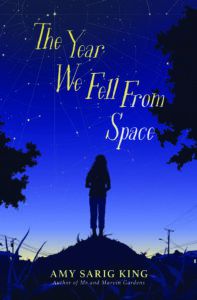 This is a middle grade novel from King, whose YA books are written under A.S. King. I had only read a couple of her YA books (and really liked them) prior to this book, but I loved this one so much that I ordered several more of her books before I was even finished. What can I say about this book? Liberty’s parents recently split, and she finds solace in the night sky and drawing star maps. Her whole world feels off-kilter, and eventually it feels like even the sky can’t save her. I could not put this book down. I read it from two perspectives: that of a child whose parents divorced, and that of a parent of a small child. Both perspectives gutted me, in the best possible way. King is a force to be reckoned with. 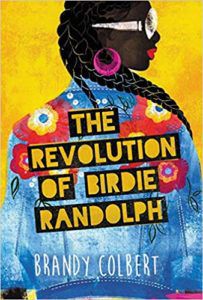 The Revolution of Birdie Randolph by Brandy Colbert (August 20th)

Family is complicated, that’s for damn sure. Birdie lives with her parents, who have laid out a path to success for her—except they don’t know she’s dating a guy with a past they wouldn’t like. When her estranged aunt shows up and starts talking about her experiences in rehab and with addiction, family secrets start to emerge and nothing is what it seems. Colbert is a master at crafting family dynamics in her novels, and I really liked seeing everyone’s progression through the story. (And the cover is amazing, right?) 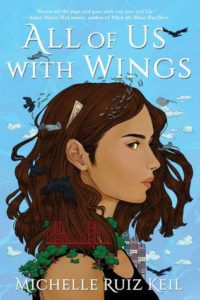 All Of Us With Wings by Michelle Ruiz Keil (June 18)

I described this to fellow Rioters as a sort of goth Weetzie Bat, but even that doesn’t quite capture the beauty of this book. This book is an #ownvoices fantasy fairy tale about a girl named Xochi who works as a governess. When she and her charge accidentally summon creatures who want to avenge the ills of Xochi’s adolescence, they threaten to destroy the chosen family she’s worked so hard to create. The prose is gorgeous and lyrical and positively glitters, and the characters are vivid and lush. I loved this book.

Izzy has moved over and over and over since her dad died, and finally things seem to be going well. She’s at a private school she likes (although she hides the fact that she’s on scholarship), and her family may be getting a new house from Habitat for Humanity. Except what happens when her carefully constructed stories about her life start to wobble? Izzy is a relatable character and Padian creates a world that the reader can easily dive into. Anyone who’s ever been a self-conscious teen will see themselves in Izzy. 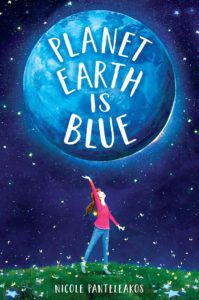 I fully read this middle grade book from the perspective of a parent, and it broke my heart in a million different ways and then somehow glued it back together again. I was hesitant to read a book told from the perspective of an autistic girl who is also nonverbal because I didn’t want to read stereotypes or misinformation, but the author worked with autistic people in the writing of this book and also had sensitivity readers, and IT SHOWS, big-time. Set in the early 1980s, this is a story about Nova, a girl who is super excited about the launch of the Challenger and is adjusting to life with a new foster family. She’s also waiting for her sister to come back, as promised. It is so much more than this, though. I wish I could explain all the ways I loved this book, but I don’t want to give too much away. As the parent of an apraxic child (apraxia of speech is a neurological disorder that affects language), this book was a love letter of sorts: to resilience, to family, to inclusion, to new beginnings, to life. I gave my copy to my son’s preschool director when I was done, and wish I could give a copy to every single parent in my son’s class and everyone who works in a school.

I’ve loved my dive back into middle grade and YA books, and I’ve come to the conclusion that while it’s different for me now than it was in the past, it might be even better now. I think being a parent has, without a doubt, affected how I read these books, and that’s not a bad thing.