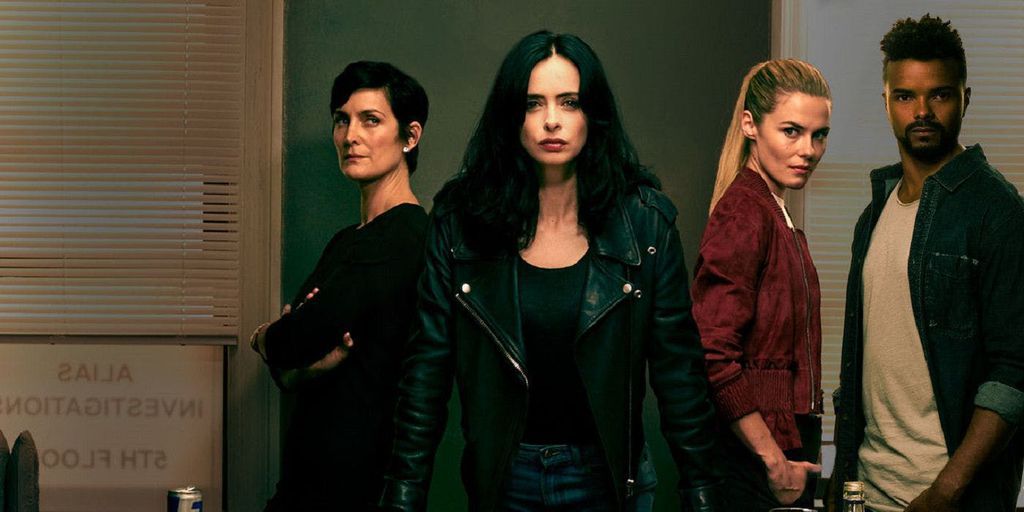 Everyone’s favorite badass, foul-mouthed, deeply emotionally scarred, super-powered detective is back on Netflix in Jessica Jones Season 2. If you’re anything like me, you’ve been chomping at the bit to see even more of the royally pissed-off Jones and her partner-in-(literal?) crime, Patsy Walker (you kids might know her better as Hellcat). With chemistry unlike any other Marvel show on Netflix and a roster of amazing female directors, it’s nearly impossible to not binge the entire season in one sitting.

If you’ve already burned through Season 2 and are…ahem…Jonesing for some more superhero detective stories featuring kickass heroines, I’ve got three go-to favorites (with a surprise bonus). Think of it as Jessica Jones methadone. 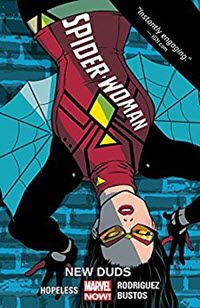 I’ve been a big fan of Spider-Woman ever since the character’s original run, but Marvel’s treatment of her in the subsequent decades has been a bit all over the place—from femme fatale to super spy. Modern-day Jessica Drew didn’t have a chance to shine until writer Dennis Hopeless got her out of the S.H.I.E.L.D. business and let her revisit her investigative roots (and Javier Rodriguez ditched the skin-tight spandex for an amazing practical costume). Spider-Woman Vol. 2: New Duds is a great jumping-on point for readers that just want the New Drew Adventures as she bungles her way back into PI work and assembles an investigative team. The story gets even better with her title’s reboot (yes, it was part of that Marvel reboot mish-mosh), Spider-Woman Vol 1: Baby Talk in which Jessica’s pregnancy and motherhood aren’t just plot devices to introduce peril, but fundamentally change the character and provide a satisfying parable on balancing responsibilities that any parent can relate to (super-powered or not).

Jessica Jones fans will like: Super-powered sleuthing, no-nonsense heroine, somewhat imperfect title character who grows over time.
Plus: Surprisingly deep examination of how parenting changes us, the best practical costume redesign on this side of the Marvel/DC divide. 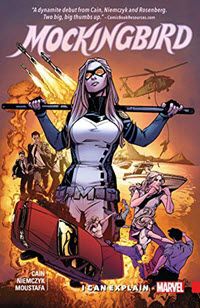 Mockingbird Vol 1: I Can Explain

Bobbi Morse is a genius super spy of her own accord, but too often she gets lumped in with The Worst Hawkeye (aka “Hawkguy”). I suppose it’s only fair, they were married after all. Especially in the wake of Civil War II, where her ex (SPOILER) put an arrow in Bruce Banner’s noggin, the association is on the tip of everyone’s tongue. Which is why even in her own series, Bobbi has trouble escaping the (sometimes literal) ghosts of her past. Still, it doesn’t keep her down as she roots out the cause of her own suspicious ailments, bails out another agent, saves the Queen of England, and solves a mystery on the high seas (all while adorable corgis make frequent cameos). Chelsea Cain’s masterful run on Mockingbird was far too short. In her hands, Bobbi wasn’t just another high-kicking super agent. She was a capable heroine who got what she wanted and thought on her feet to help herself and others. With a unique sense of humor and rewarding visual gags, she and illustrator Joelle Jones crafted a modern Marvel masterpiece that eschews the tropes of conventional solo character comics. 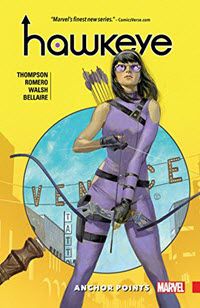 No, not that Hawkeye, but the Young Avengers version, Kate Bishop, who came into her own in the pages of the acclaimed Hawkeye “solo” title that kicked off with Matt Fraction’s My Life As A Weapon. Spinning out from the aftermath of that series, Katie and Pizza Dog have hoofed it to the West Coast where she instantly lands herself in trouble as a nascent PI. The difference between Hawkeye: Kate Bishop by Kelly Thompson and the other titles on this list is youth. Kate has the confident swagger that only the young and cocky can truly pull off. Even as she tries to go solo, she accumulates a team of friends and associates that fill the gaps in her armor that even she doesn’t see. It’s as much a story about learning to recognize your own faults as it is a story about bringing rich, elitist L.A. super-villains to justice. It doesn’t hurt that the art in this series is actually art. Leonardo Romero’s splash pages invite you to linger, taking in every painted detail and hidden clue. It’s evocative, moody, and something you wish every comic creator would strive to emulate. Heartfelt, gorgeous, and ultimately optimistic, it’s everything you could ask for in an origin story. 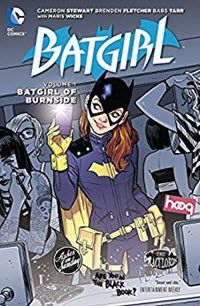 You got D.C. in my Marvel list! Yeah, I know I’m crossing the streams here, but I’d be remiss if I didn’t give a nod to one of the greatest solo female detectives in comics. Batgirl got a post-Oracle, post–Gail Simone reboot with writers Cameron Stewart and Brendan Fletcher. Everyone’s real favorite Bat-hero moves to a new neighborhood (the trendy Gotham neighborhood of Burnside), goes back to college, meets new people, and clashes with a whole new rogues gallery. Even better, under the illustration of Babs Tarr, Bat-Babs gets what is possibly my favorite practical costume in recent memory (with yellow Docs that are to die for). While there’s less detective work in Batgirl of Burnside, there’s no dearth of villains digging into Babs’s past and pulling her into all kinds of trouble. From cyber-hackers that require her to dust off her Oracle skills to a pair of Japanese bikers, there’s a dizzying array of foes. Burnside also isn’t afraid to diversify Batgirl’s supporting cast, continuing Babs’s friendship with her trans roommate, Alysia, and adding characters of color that are more than walk-on cameos. At the same time, the team was called to task on their leaning on harmful trans stereotypes with Issue #37’s villain. To their credit, they owned up to the missteps, apologized, and vowed to do better. If you’re looking for something other than the Marvel-verse, and need a Jessica Jones-esque heroine to hunker down with, Batgirl’s got your back.

Jessica Jones fans will like: Real-world problems that are never guaranteed to be resolved by punching (also, lots of punching), diverse cast.
Plus: All the gonzo villains of the DC Bat-verse, the Batgirl of Burnside costume is the greatest practical Bat-costume ever created. Period.