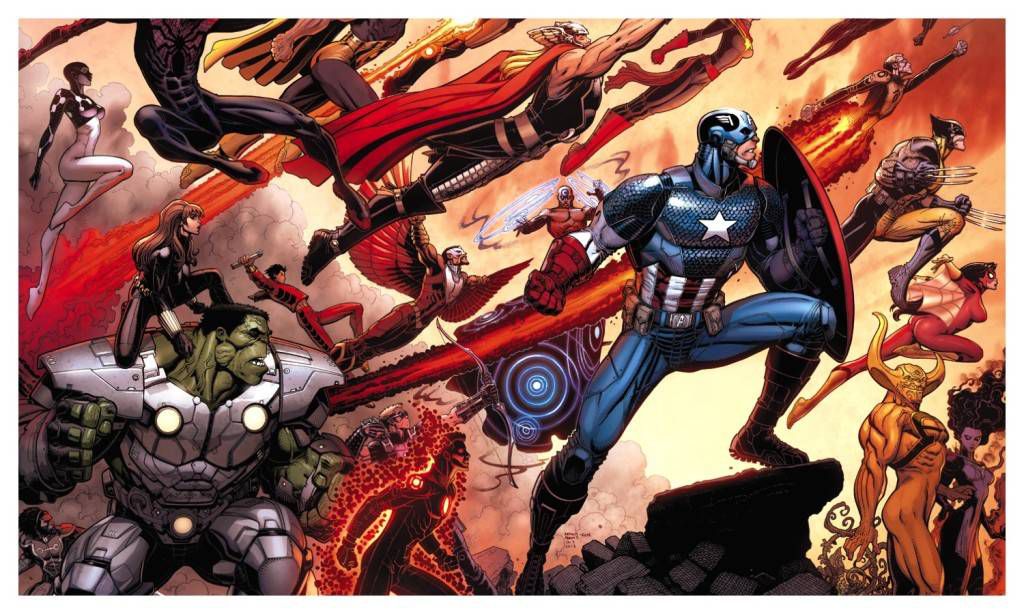 The world can be a weird, depressing, and utterly boring place. It’s filled with babies, ice cream, clouds, seas, hatred, violence, love, cartoons, butterflies, and much more. But for all of us it’s constricted by things we cannot truly share with others—our perceptions, our thoughts, and our imaginations. We cannot possibly experience or appreciate all of the endless items that fill the world.

My personal perception of the world has always been lacking. Most physical locations don’t mean much. I cannot truly appreciate the beauty of the wilderness when we go camping. I do not feel the awe of standing within millennia-old structures. But when I delve into imaginary worlds, reality just fades away and something better replaces it.

Growing up I was one of those kids that many adults hate. I was smart. I was angry. I talked back. I was an overall pain in the ass (not much has changed). As I got older, there weren’t many outlets for me emotionally. My parents worked all the time and my brother and I really could only bond in video games. Nothing in my life really challenged my malaise and overall loathing of existence. It’s like I was born with existential ennui, and yes, that annoyed the crap out of absolutely everyone.

Things changed when I picked up my first comic book. It was a Superman comic. Something crazy and pointless. I think Lois was talking about how Superboy couldn’t possibly have existed and Draaga was on the loose in a thing involving a flying cab. It was the 80s, who knows anymore? Anyways that mess of colors and nonsensical action unlocked something in me. A deep and hungry chasm for stories, fantastical tales, and acts of heroism. I wanted to know who everyone was, what made them tick, and most especially what would happen next.

Comic books and movies became my storytelling mediums of choice. I’ve read plenty of novels and poetry, but being unable to absorb the story as quickly as possible seemed to be my primary limitation. Even watching Breaking Bad, Mad Men, and LOST was very difficult for me because I wanted to fast forward everything but remember it in real time. Comics allow me to experience that. When I first pick up a comic I zoom through it, essentially eating all my veggies so I can get to the good part and enjoy myself. Then I read a comic again. Slowly, carefully, with great relish.

As I grew older and even more disillusioned with the world, the comics seemed to follow suit. My first day at college was scheduled to be September 12th, 2001. Life started darkening for me then. But the comics again seemed to follow suit. March 2002 saw the release of The Ultimates, a very mainstream take on what might happen if we had superheroes in our more cynical world. All my feelings of pointlessness and hopelessness at the darkness of the world were mirrored in the earth these heroes were fighting for (Earth-1610). Watching a more modern Captain America stand in the presence of this horrible world so similar to ours and punch it in the face… for me, this was more than entertainment—this was relief.

During this time frame, I had been able to invest more money on comics in secret and began to come out of my shell and appreciate the world more as my imagination was being fed. Then I ran into another problem. I had no one to share this bubbling excitement with. I was placed in a dorm for people who cared intensely about political discourse. These were not the comic book types. But little by little I met people who, though they didn’t read comics, they would listen and become entranced with my eager tales of Batman and how he screwed over the Justice League with his paranoia. Stories of a new Spider-Man where he tells MJ who he is really early on. Explanations of the importance of Watchmen and The Dark Knight Returns to people who didn’t know that Batman and Spider-Man were owned by different companies. I still kinda feel bad for that girl who stayed with me all night at the Burger King and listened to my passionate tales. But they continued to listen. And the effect it had on me stayed.

The world is a fantastic place. It’s filled with people, ideas, stories, blue skies, movies, music, and life. Sure the world has its terrifying questions but now I don’t let them bother me. What I do let bother me is who the hell Jonathan Hickman is going to choose to be the Great Destroyer. Will the Superman V Batman movie be better than Man of Steel? How is Spider-Verse so good when “The Other” was so divisive? And why am I so scared of Avengers: Age of Ultron?

So how about you and me make a deal. Instead of worrying about what’s going on in the outside world, we’ll spend a few hours a month actively not being concerned. Instead we’ll sit and talk about how Martian Manhunter loves Oreos and how awesome the new Thor is. I’ll bring the cocoa. You bring the flowers. Or if you prefer, we can just hit up that 24-hour Burger King.