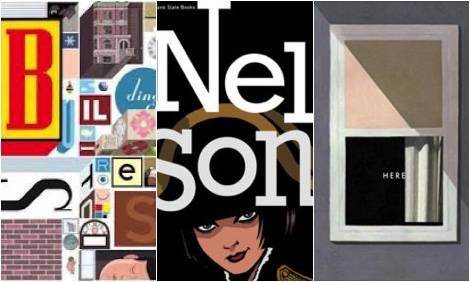 Readers have become sufficiently familiar with the conventions of comics that daring graphic novelists can upend those conventions. These three books experiment with the traditional format or structure of a comic. They play with the materiality of these books or subvert expectations of how to read a narrative comic.

Building Stories is unconventional by design. It consists of 14 short stories packaged up in an oversized book. The stories are in varied formats, from a wordless strip about domesticity to a large board about a sentient Chicago building and a mock newspaper about a bee tormented by his lust for the queen. These components can be read in any order, like B.S. Johnson’s novel-in-a-box The Unfortunates. So the reading experience would change with each re-read, as you see moments from the past, present and future of its main character.

While the packaging of the book is unusual, the core of the story is simple. Chris Ware might be the best living chronicler of urban loneliness, and Building Stories centers on one intensely lonely Chicagoan who wonders if her disability is driving away men, and if she’ll ever be happy. She wonders at one point, “Why does every ‘great book’ have to always be about criminals or perverts? Can’t I just find one that’s about regular people living everyday life?” This could be a kind of mission statement for Building Stories. 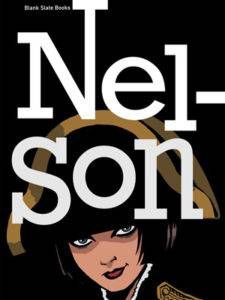 Like Building Stories, Nelson is about an ordinary-ish woman settling into middle age as she navigates between domesticity and artistic impulses. But where Building Stories is experimental in its presentation, Nelson takes chances with its narrative framing (we see Nelson on one day each year) and its authorship (each year is drawn by a different comics artist). So the styles vary wildly every few pages; sometimes the characters don’t really even resemble themselves, year to year. The coming-of-age tone recalls the movie Boyhood. The mix of artists makes this a unique opportunity to sample the work of some great British comics creators. 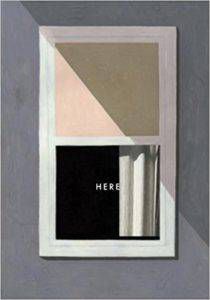 There’s no central plotline to Here. Like Building Stories, it examines a specific place and the people who have lived there. But it takes this idea further, extending its scope by thousands of years, so that we see this parcel of land both in prehistoric times and well into the future.

The art is ingenious, layering snapshots of different people from different eras, always noting the year. So readers can basically see a huge swathe of human history, showing that people don’t change all that much century to century. They remain preoccupied with similar things, and daily routines are similar even though the trappings of these have changed. Reading Here is like a hypnotic literary version of multi-directional time travel.