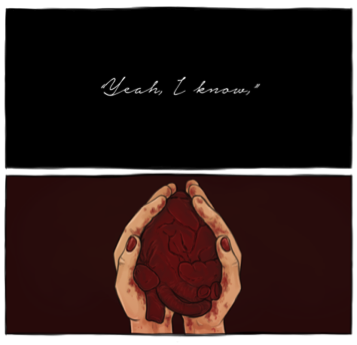 I just want to preface this with me saying there’s nothing wrong with the book medium. It’s perfectly great in print or digital, and I love reading (obviously) with or without any fancy doodads or new-fangled gadgets. However, I do love a little something extra to go along with my reading experience and some publishers are getting mighty crafty. I should also mention that yes, I frequently buy comics as well lest someone chime in with, “you know there’s an entire genre of books that combine words and pictures.”

A visual person by nature, I like to interact with things that appeal to my sense of sight. Auditory learning was never my bag in school. Any book that adds some sort of visual element like comics to supplement my imagination has already taken several steps further into getting my attention and my money.

After loving Sweet, Filthy Boy by Christina Lauren, I stocked up on several of their (Christina Lauren is really two authors, by the way) backlist titles just in time for their latest release of Dark, Wild Night. Dark, Wild Night is a romance novel with a hero who runs a comic book shop and a heroine who is producing her own comic. Seriously, that’s pretty damn cool. To supplement the story, the authors actually had an illustrator create little comic panels to serve as the heroine’s inner monologue.

Here are a few panels from the publisher, Gallery Books: 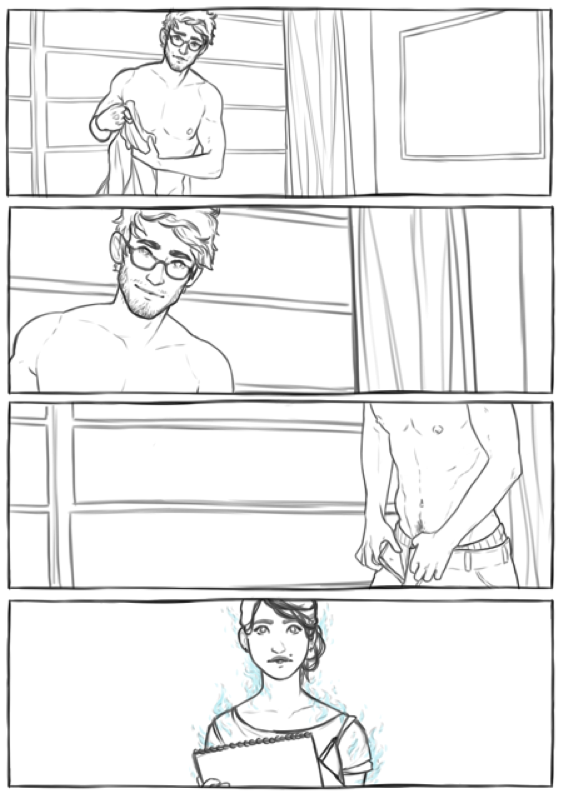 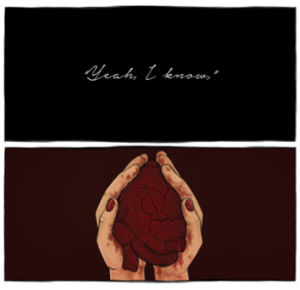 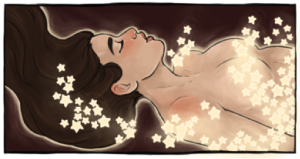 The illustrator Caroline Layne is based in Texas and I highly recommend checking out her Tumblr. As of right now, these panels are purely promotional, but I’m crossing my fingers and my toes for a Dark, Wild Night comic adaptation because there’s some decent crossover between readers, especially romance readers, and comic book lovers.

After this, I started compiling a list of books that have some extra graphic element to them. A little wishlist for myself and the fast-approaching holidays. The book at the top of the list right now is Station Eleven by Emily St. John Mandel.

I remember this book being everywhere, but for whatever reason, I never picked it up. The Book of Strange New Things by Michael Faber came out around the same time, and I think I grabbed that instead. My book decisions tend to be impulsive and poorly planned in general. But Station Eleven also has a comic theme as part of the plot and designer Nathan Burton was tasked with creating a comic meant to be an insert. 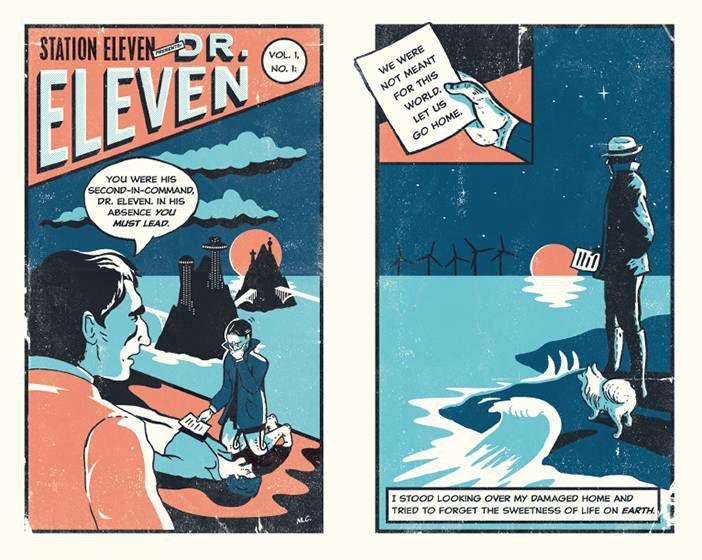 For right now, these images mean nothing to me, which is something that I find fascinating: an innocuous set of panels that will mean something more once I read the book.

While not exactly in the realm of comics, Haruki Murakami’s Colorless Tsukuru Tazaki and His Years of Pilgrimage came with a sheet of stickers created by several Japanese illustrators. While in middle school there were horse girls, I was a sticker girl. I had binders and binders displaying my collections of stickers. Meant for the reader to design the cover as he or she sees fit, these stickers only seemed to be released during the first printing. In simpler terms, if I’m hoping to have the book with its stickers for myself, I’ll probably have to shell out some significant dough. But for Murakami’s writing and stickers, it might be worth it.

I’m fully aware that all of these things are marketing ploys designed to get people to buy more books, but I am all about that life. So what books should I add to my list? Books with comics or art or even stickers! Help me ruin my book budget!