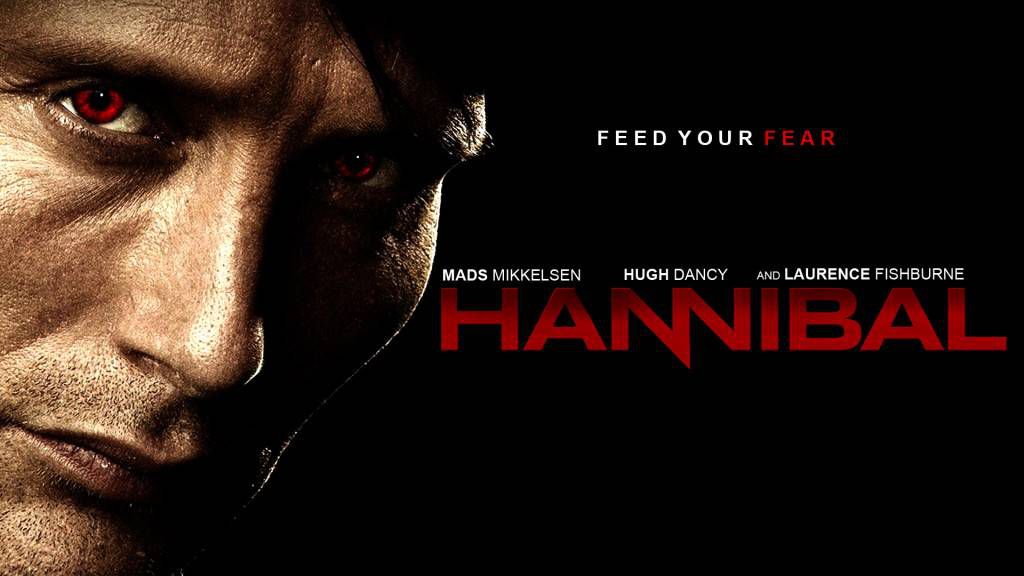 As television’s golden age rolls on, it’s almost insane to pick out any single one of the hugely varied and well-made shows as the best.

That said, Hannibal is the best damn show on TV, and against all odds it’s back with what’s sure to be a mind-bending, gut-stabbing third season, which makes this the perfect time to whet your appetite for the horrors to come with a few comics that touch on the themes and ideas of Bryan Fuller’s gothic, grotesque adaptation of Thomas Harris’s iconic books.

Of all the psychic detectives who use their powers to solve crimes, Tony Chu has to be the weirdest. He’s cibopathic, meaning his powers of perception are tied to taste, so “solve crimes” in this case means eating the evidence, and the “evidence” is often “dead people.” It’s cannibalism as a force for good! An agent of the FDA in a world where poultry consumption has been made illegal, Tony starts off investigating crimes relating to the chicken ban, and things only get weirder from there as other gastronomically gifted individuals get involved. Best of all might be Guillory’s heightened, cartoonish art style, which enhances all the story’s violent and flat-out disgusting content in wonderful ways.

Madder Red was the most horrible killer in the world, until they fixed him. Now supposedly freed of his homicidal mania, Fillmore Press is committed to doing what good he can while putting his past life behind him. But a past that horrible is hard to escape, and the highlight of this series is probably those brutal looks back into the terror and death Madder Red wrought at the height of his reign, a litany of atrocities the bloodstained bleakness of this black, white, and red world sears upon the mind. Readers have been clamoring for a third volume for months, but according to Spencer any plans to continue the story are, at best, on hold.

One of the first books that brought attention to comics legend Grant Morrison, Arkham Asylum is a profoundly messed up trip into the darkest parts of Batman’s psyche, and the best story to date positing that the Dark Knight is just as damaged as his enemies. Dave McKean’s singular art gives us the Asylum at its best: A twisting, claustrophobic hell that breaks with reality, feeding and feeding upon the madness of its denizens to create an architectural fever dream from which few can hope to escape with their sanity or souls intact. This is a story that only gets better upon rereading, and luckily most editions come with a full copy of Morrison’s script to elucidate the sometimes dense symbolism he layers into the work. And even without all that, it would be worth reading for Batman’s downright mythic battle with Killer Croc.

Here’s a serial killer story that anyone who’s watched Dexter or Hannibal will appreciate, as it focuses on one question that tends to come up in those sorts of murder-heavy narratives: Why is it that a dozen or more of the worst killers in history all spring up around the same location within a few years of each other? With those TV shows and other narratives like them, sure, it’s because the creators need to keep coming up with bad guys for the heroes to chase. But Nailbiter starts from there and reshapes that storytelling consequence into the central mystery of the series. It’s a neat trick, and it lets Williamson and Henderson have a lot of fun inventing and visualizing a gaggle of weird killers as Agent Nicholas Finch investigates the small, deeply troubled town of Buckaroo, Oregon. It also has the courtesy to call out its influences, with the titular Nailbiter pointing out that he won’t be much help, as this isn’t Silence of the Lambs and he doesn’t care for chianti.

This pseudo-memoir chronicles the real life adolescence of the notorious Jeffrey Dahmer, a chilling prospect made all the more powerful because Derf Backderf was actually there to witness it for himself. It’s a restrained, empathetic look at the environment that led to a monster, and asks what could and should have been done by those around Dahmer to intervene in some way, and whether his development could have been affected for the better. It also succeeds at rendering the sinister banality of 70s suburbia to the point that without knowing the context, this could almost be a Tim Burton story. Make of that what you will.

Memory is tied to the senses, and for Lucy Knisley the most important one was taste. She grew up in a house where dining out, cooking, and eating were the holy trinity of experience, and her memoir reflects that importance while being totally unpretentious and welcoming, as she believes food should be a shared experience. To that end, this book includes engagingly drawn recipes that invite the reader to replicate some of the meals that meant the most to Knisley throughout her life, and it’s hard to look at all the colorful ingredients without wanting to give it a shot. Even for a memoir it can be light on narrative, but in this case that’s a good thing. This is a bright, enjoyable look at food’s potential, both to impact a life and to bring us together to celebrate simple, universal pleasures.

Our fiction, even at its best, often misrepresents the realities of mental illness in order to build engaging stories, characters, and settings. This instructive collection of Darryl Cunningham’s experiences in a psych ward serves as an effective antidote to that trend, as it engages and refutes many of the stigmas surrounding the kinds of disorders that millions of people, their loved ones, and the professionals caring for them cope with daily. Cunningham’s simple drawings go a long way towards his efforts, as he takes what we normally see as mysterious, uncomfortable, and even frightening, and presents it all as stark, mundane fact.

The ultimate account of the ultimate serial killer, this tome from masters Alan Moore and Eddie Campbell is nothing short of genius, a detailed exploration of the Jack the Ripper killings that not only makes a compelling (almost certainly incorrect) argument for whodunnit, but then completely disregards the culprit as the main concern. Instead it delves into the history of London, the creation of modern detective work, the occult, the patriarchy, and four-dimensional spacetime, with the Whitechapel murders presented as the end of the Victorian era and the heralding of the twentieth century. And while the story is a masterpiece, the extensive endnotes could almost stand alone as a collection of research into the Ripper killings and the world that created them.