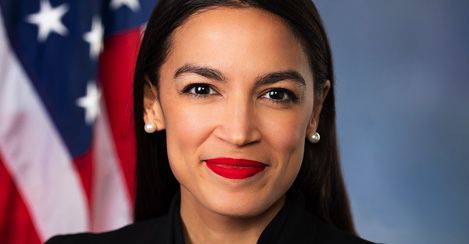 Newly elected House Representative Alexandria Ocasio-Cortez is no stranger to making waves. Whether it’s dancing (with her hair unbound! in the sight of men!) or calling for increased taxes for people who keep smaller yachts inside of their bigger yachts, she’s been making headlines since her grassroots campaign kicked off.

Recently, she threw out a playful comic book reference on Twitter, with a ballsy quote from Alan Moore and Dave Gibbons’s seminal work, Watchmen:

The nerdosphere blew up, naturally. Some people took issue with her use of the quote, but me? I loved it, and I think she should do it more.

Since she’s probably pretty busy these days, I took the liberty of pulling together some apropos quotes for her, with suggested uses. You’re welcome, AOC! Loved the dance video!

When speaking to Congress: 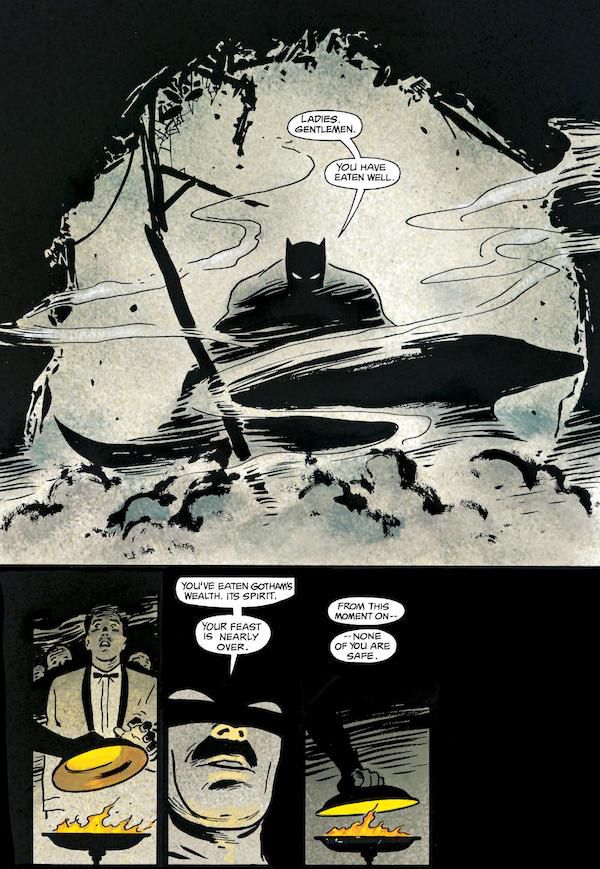 “Ladies. Gentlemen. You have eaten well. You’ve eaten Gotham’s wealth. Its spirit. Your feast is nearly over. From this moment on none of you are safe.” —Batman, Batman: Year One

Ideally she’d do the bit with the chafing dish for this one.

Liven up those dull meetings!

“I recognize that the council has made a decision, but given that it’s a stupid-ass decision, I’ve elected to ignore it.” —Nick Fury, Avengers

“Don’t take the money if you don’t like the job.” —Frank Castle, Punisher MAX

Congresspeople take some long-ass vacations on some high-ass salaries.

“At last, in a world torn apart by the hatred and wars of men, appears a woman to whom the problems and feats of men are mere child’s play. A woman whose identity is known to none, but whose sensational feats are outstanding in a fast-moving world. With a hundred times the agility and strength of our best male athletes and strongest wrestlers, she appears as though from nowhere to avenge an injustice or right a wrong! As lovely as Aphrodite—as wise as Athena—with the speed of Mercury and the strength of Hercules—she is known only as Wonder Woman, but who she, is or whence she came from, nobody knows!” —Narrator, All-Star Comics

I’m thinking she gets a hype man to announce this whenever she shows up to work. Alternately, good for filibustering!

When reaching across the aisle: 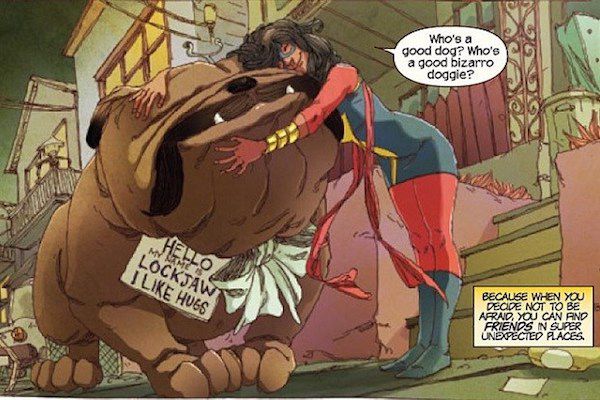 “When you decide not to be afraid, you can find friends in super unexpected places.” —Kamala Khan, Ms. Marvel (2014)

Basically everyone should quote Kamala Khan all the time always.

“Everything doesn’t have to be about fear. There’s room in our line of work for hope, too.” —Stephanie Brown, Batgirl (2009)

What if the right stopped fear mongering? What if that?

“You don’t get it, boy…this isn’t a mud hole…it’s an operating table. And I’m the surgeon.” —Batman, The Dark Knight Returns

…Okay, look, it can’t all be carrot. Sometimes you gotta use the stick.

For when it is clobbering time. 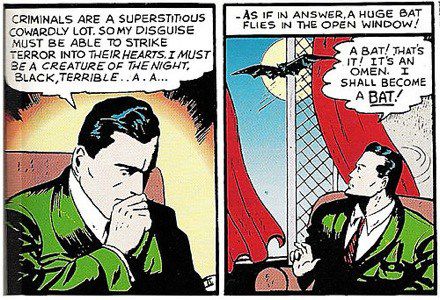 “Republicans are a superstitious cowardly lot. So my disguise must be able to strike terror into their hearts. I must become a creature of the night…” —Batman, Detective Comics

…I may have slightly edited this quote.

“Sorry if this is tough on your pocketbook, but I’m thinking of the lives to be saved!” —Superman, Action Comics

“We seem to understand the value of oil, timber, minerals, and housing, but not the value of unspoiled beauty, wildlife, solitude, and spiritual renewal.” —Calvin, Calvin and Hobbes

…You know what this one’s for: 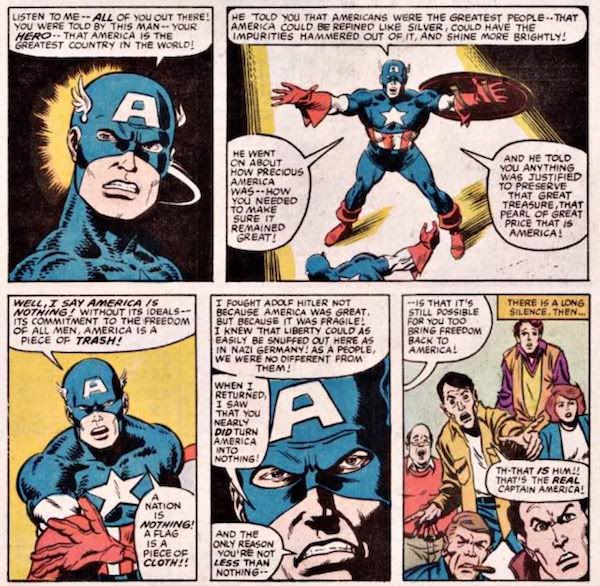 “Listen to me—all of you out there! You were told by this man—your hero—that America is the greatest country in the world! He told you that Americans were the greatest people—that America could be refined like silver, could have the impurities hammered out of it, and shine more brightly! He went on about how precious America was—how you needed to make sure it remained great! And he told you anything was justified to preserve that great treasure, that pearl of great price that is America! Well, I say America is nothing! Without its ideals—its commitment to the freedom of all men, America is a piece of trash! A nation is nothing! A flag is a piece of cloth!” —Captain America, What If?

Finally, a bipartisan sentiment we can all get behind!