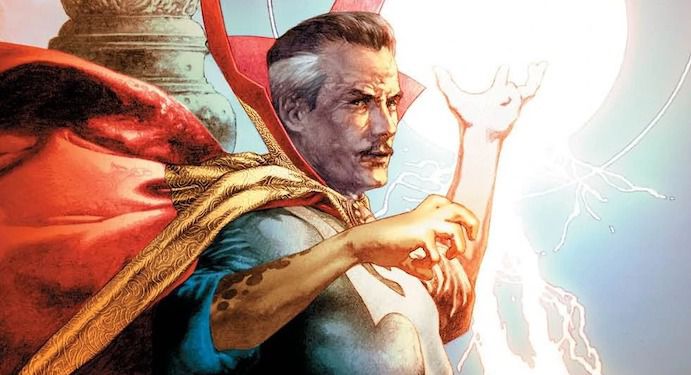 Superhero comics are full of characters with titles in their codenames: Captain America. Mister Fantastic. Count Vertigo. And, of course, spandex-clad doctors as far as the eye can see. But have any of these so-called “doctors” actually earned the title? Let’s check the credentials of a dozen of the best known.

But before I reveal the answers, take a minute to place your bets: real doctor or fake doctor?

Marvel superhero Dr. Stephen Strange was a neurosurgeon before a car accident damaged his hands too much to continue in his day job, so he learned magic instead. I hear that happens during a lot of residencies.

Most, but not all of the time, DC superhero Doctor Fate is the combination of a human host and a Lord of Order named Nabu. There have been a whopping eight human hosts to Doctor Fate over the years, and only the seventh, Kent V. Nelson, was actually a doctor (a psychiatrist, specifically), though the current host, Khalid Nassour, was a med student before he got all Fate-y. Nabu is also not a doctor. So technically 1.5 of the 9 characters who could be called “Doctor Fate” are doctors, but that’s a pretty small percentage. I’m sticking with Fake Doctor.

Spider-Man villain Dr. Otto Octavious has at least one PhD (in nuclear science), and also probably one in being the internet’s unexpected crush, at least when played by Alfred Molina with his shirt off.

There are two DC characters with this name: the villainous Arthur Light and the heroic Kimiyo Hoshi. Arthur is a physicist, but I’m not sure he actually has a doctorate; Kimiyo definitely has at least one in astronomy.

There have been two DC heroes called Doctor Mid-Nite (Charles McNider and Pieter Cross), and one who knows how to spell (Beth Chapel). All three are blind in the light but can see in the dark (sure), and all three are medical doctors.

John Dee was originally a criminal scientist who invented a “will-deadener” beam that he used to fight the Justice League. He later was pulled into Sandman lore, where he developed a terrifying level of control over dreams. Will-deadening is a pretty impressive feat, but also par for the course for a Silver Age scientist, so he could have multiple doctorates or he could have just paid really close attention in high school physics — who knows.

This long-running Wonder Woman villain, who has had a number of real names and different origins over the decades, was originally a medical student, but never finished school because he was framed for stealing a massive amount of radium by a romantic rival. So it’s not his fault that he’s not a real doctor. It is his fault that he became a raging misogynist and supervillain in response, though.

There have been three Flash villains by this codename. The first and best known, Albert Desmond, is a chemist, and the last, Alexander Petrov, is a criminologist, but in the middle we have Dr. Curtis Engstrom, a scientist at S.T.A.R. Labs, meaning at least one of the three has a doctorate.

Dr. Leonard Samson is the Hulk’s psychiatrist, so, yeah, real doctor. He also has Hulk-y powers, because that’s what happens when you hang around Bruce Banner for long enough.

The Captain Marvel villain is an evil psychiatrist, because if you’re a psychiatrist in comics and you’re not Doc Samson, you’re evil. The much more obscure Batman villain is just obsessed with the devil, so I guess he could be a real doctor? But probably not.

Watchmen’s Dr. Jonathan Osterman was a nuclear physicist before radiation turned him into the extremely powerful, extremely naked Doctor Manhattan.

Fantastic Four villain Victor Von Doom dropped out of undergrad after a terrible accident destroyed his face. (This was obviously entirely the fault of the accursed Reed Richards, who…told him not to do the thing that led to the accident. Richards!) Degree or no degree, though, he’s one of the smartest people in the Marvel universe and many people consider him the greatest supervillain of all time. Those people are correct. Take that, academia!

How did you do? Honestly, there were a lot more real doctors in this list than I expected — I thought for sure some of these folks were padding their resumes. It just goes to show that with hard work and dedicated study, you too can be an evil psychiatrist and/or join a superhero team and/or experience a depressive episode while naked on Mars!

Wait until we get to the comic book captains, though. Those guys are definitely lying.