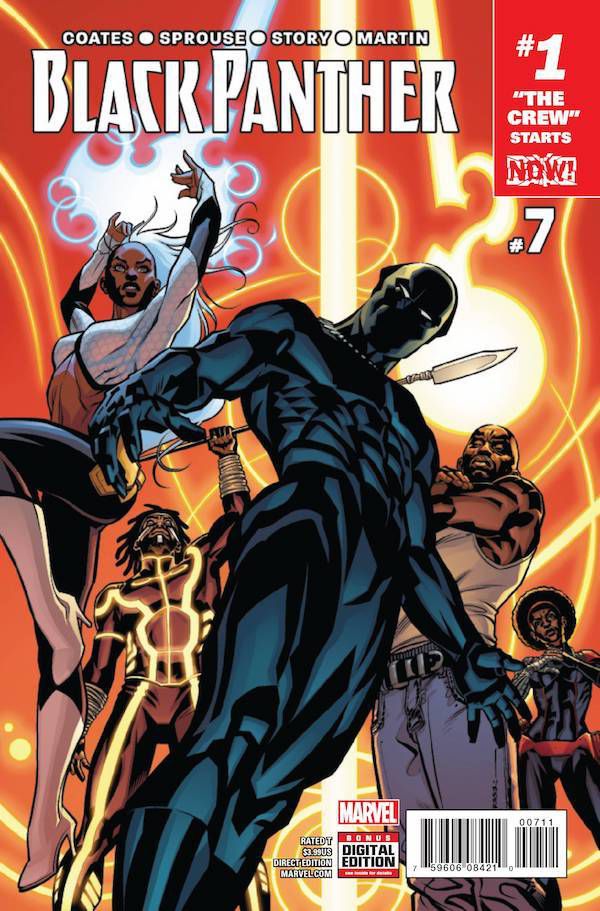 Hey all! I work for Fantom Comics in Washington, DC, and every month I track the most-subscribed comics at my shop. It’s by no means totally indicative of worldwide sales trends, but it’s a neat little snapshot into the reading habits of one city’s comics community. 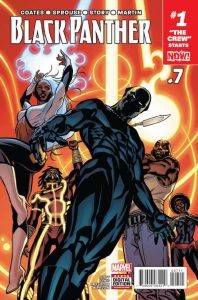 Aside from all the pros and cons of Marvel rebooting a large chunk of their comics for the second time in as many years, they’ve been trying something else new with their “Marvel NOW” initiative: putting big “#1″s on the first issues of new story arcs of existing series, as you can see here with Black Panther. It’s issue #7, but there’s a big #1 above the #7 to indicate it’s the beginning of “The Crew” story arc.

This is a little confusing at first, but I actually really like it–it allows the book to continue its standard numbering without any sort of arbitrary reboot, but also provides a jumping-on point for new readers, allowing Marvel to have its cake and eat it too to a certain extent. The Sonic comics have been doing this for years, and it’s interesting to see a bigger publisher try it. 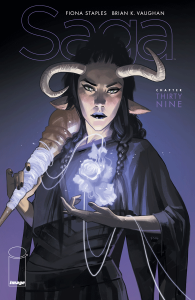 Any successful long-running series needs a deep roster of characters; Saga‘s ensemble cast has slowly but surely grown over the last four years, with Petrichor (seen on the cover of this issue) the latest major addition. She’s evolved into a great three-dimensional trans character in the series, and I can’t wait until we get to delve into her story further. Alana and Marko are great, but we need everyone else to make Saga worth following for 39 issues. 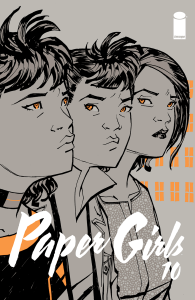 The end of Paper Girls‘ second story arc, and a decidedly less neon cover than usual. The vol. 2 trade paperback drops on November 30, just in time for trade-waiters to catch up for issue #11, which will likely arrive in February.

This issue’s all about escaping the 21st century, and the mystery of where our cast of girls will arrive next. Will they ever make it back to the ’80s?! 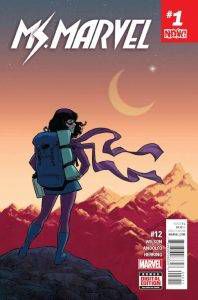 Finally! No more ugly black “Civil War II” banners ruining Ms. Marvel covers! And as I mentioned with Black Panther above, Ms. Marvel #12 gets the faux “#1” treatment to indicate it’s the debut of a new story arc for new readers to jump into.

Ms. Marvel #12 is also the first issue drawn by Mirka Andolfo, making this the very first issue of the series ever drawn by a woman, and one of the depressingly few superhero comics with women writing and drawing it. It looks like Andolfo is only on board for #12 and #13 for now, but with the rotating crew of artists she could come back for more. 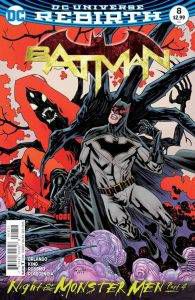 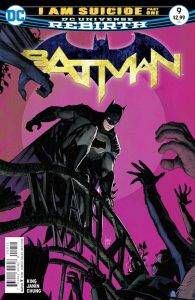 Batman remains steady this month through two issues. Issue #8 is part of the delightful “Night of the Monster Men” crossover with Detective Comics and Nightwing, capped with one of my absolute favorite covers where Batman looks super goofy–too often, he’s grizzled and serious 100% of the time.

Issue #9 sees the return of artist Mikel Janín, who hasn’t been seen since the “Rebirth” one-shot issue that kicked off the whole series. I absolutely love his art, so I’m glad he’ll be drawing the entirety of the new “I Am Suicide” story arc (even if “I Am Suicide” sounds like it’s ripped from a My Chemical Romance album). 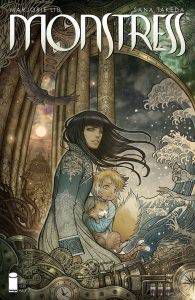 Back after a five-month hiatus, with even more subscribers than when it left! Fans who enjoyed the volume 1 trade paperback are able to easily make the transition into single issues with this one.

These breaks between story arcs for creator-owned Image Comics series are great from an artistic standpoint to let the creative teams recharge their batteries, but it can create dropoffs in our top ten lists. This month’s article is missing a few Image heavy hitters that were on hiatus for October: The Wicked + the Divine, Bitch Planet, and Island, to name a few. 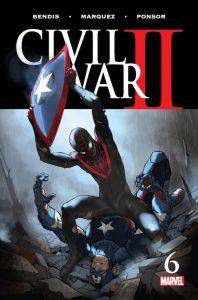 Marvel’s big summer event chugs on through fall. This cover with Miles Morales smashing Steve Rogers in the face with his own shield was solicited shortly after the big Captain America / Hydra controversy, so it feels poignant.

Once again though, Marvel isn’t able to conclude its summer event on time, and most of the other books that were meant to tie in to Civil War II have already wrapped up. One of these years they’ll get it right! 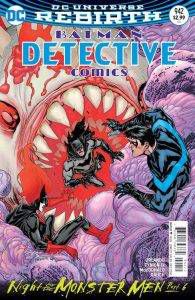 Last month, Scott Snyder’s All-Star Batman debuted on this list, and I expected it to keep rising up the ranks, perhaps even surpassing Tom King’s Batman at some point. But it looks like All-Star has already seen a drop-off, and instead we curiously find the secondary Bat-book Detective Comics cracking the top ten.

This is definitely a boost due to the “Night of the Monster Men” crossover, with Detective Comics #942 constituting the sixth and final chapter of the mini-event. Issue #943 also came out in October, and dropped enough that it didn’t make our list. Regardless, even with the slightly confusing triple-digit original numbering, Detective Comics is performing better than it’s ever done at our store before, testament to the strength of the Batman line… if only DC Comics could work this magic with any of their books not involving bats. 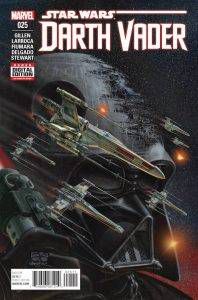 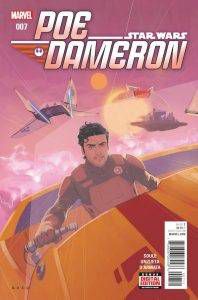 It’s fitting that these two Marvel Star Wars titles round out our top ten together. Darth Vader gets a little boost for the final issue of the series; it shows great restraint that Marvel is letting writer Kieron Gillen end the story on his own terms rather than drag it out or bring in some journeyman writer to continue the series. Gillen will be writing a Doctor Aphra series next, beginning in December.

Poe Dameron #7 is the first issue of the series with a fill-in artist, Angel Unzueta. It’s the beginning of a new story arc, but Marvel lags behind Image when it comes to collected editions–the vol. 1 trade paperback doesn’t arrive until December, and by that time readers will already be two issues behind the singles.

Did the chips land where you thought they’d fall? See you next month!