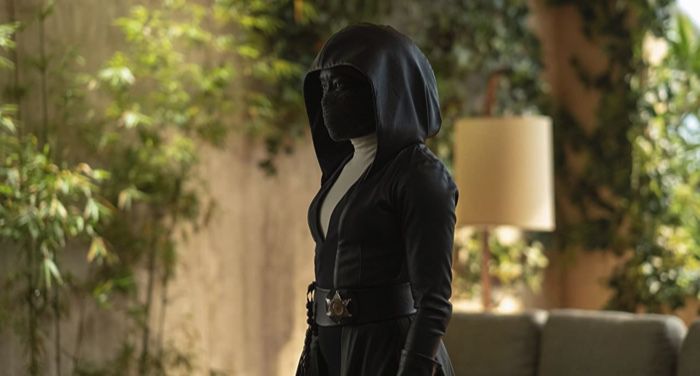 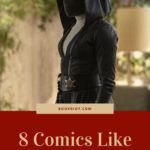 I think it’s fair to say that a lot of people were blown away HBO’s Watchmen. The series was destined to be a fan favorite after the reviews from New York Comic-Con in 2019. Even though we knew we were only getting one season, we remain hopeful that the team will reconsider and give us one more because the cliffhanger was just too perfect. However, a second season is only a wish and most likely it’s a wish that will never happen. But that doesn’t mean you can’t get your fix for political and societal drama in graphic novel form with other comics like Watchmen. Some of the best elements of Watchmen focused on race and political corruption.

If you are ready to read about anarchy, gods, unchecked power, racism and abuse of political power, you’ve come to the right place with these comics like Watchmen. 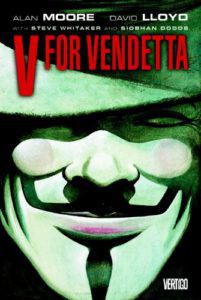 V For Vendetta by Alan Moore and David Lloyd

Watchmen isn’t the only graphic novel that Alan Moore has penned. V For Vendetta is just as political as Watchmen sans the superhuman, godlike powers. If you are eager for a vigilante story that takes matters into their own hand while taking down a corrupt government, give this graphic novel a try—you won’t be disappointed. You’ll never look at fireworks the same. 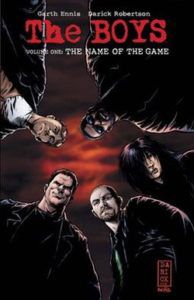 The Boys by Garth Ennis, Darick Robertson and Tony Avina

Ever imagined a world where powerful superheroes are actually the villains? If you haven’t seen The Boys on Amazon you are missing out on some entertaining, satirical and ironic storytelling. The Boys takes American’s favorite superheroes and makes them vindictive, calculating bad guys who are being protected by a government agency. 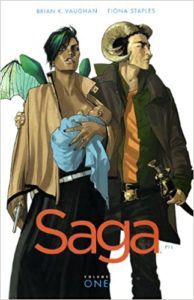 Saga is a rollercoaster ride from the start. It’s a romance, space opera, sci-fi, political drama that’s caused by two species who are at war with each other. A forbidden love begins and what seems to be a never-ending galaxy war follows an outlawed family for decades. This is a queer and BIPOC friendly graphic novel with lots of beautifully illustrated art. You will absolutely binge this graphic novel. The Robot Kingdom will give you flashbacks to the 7th Calvary. 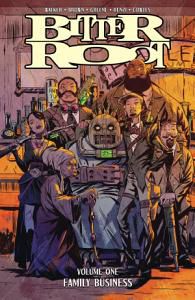 Picture the Harlem Renaissance but with horror. You get a chance to meet the Sangerye Family who has to not only battle their own family drama but save the world from monsters. The Sangeryes are known for being monster hunters, but these aren’t your everyday monsters. These monsters that they hunt are everyday people who turn into monsters because they are racists and hateful. 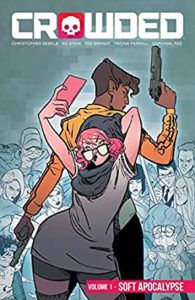 If you need more corrupt politicians and police graphic novels, Crowded delivers. A bounty is placed on Charlie Ellison’s head and she is doing everything she can to stay alive. She hires a poorly rated bodyguard and the two find themselves trying to unravel who wants Charlie dead for one million dollars.  The second volume drops on June 30th. 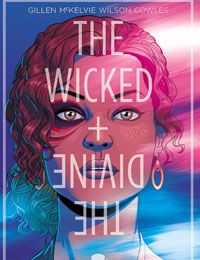 The Wicked + The Divine by Kieron Gillen and Jamie Mckelvie

Have you ever imagined what it would be like if you were a god or goddess? What if you were a god but you lived your life as a human celebrity?  This vibrant mythology deals with the drama of the human condition and the philosophy of mortality. Picture a bunch of Dr. Manhattans being pop stars. 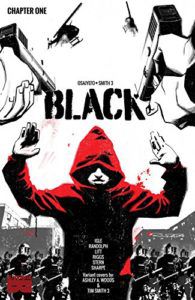 What if only Black people had superpowers? This comic explores interesting concepts of fragility, racism, distrust and fear and it applies to Black people. In this comic only a small number of Black people have superpowers, but their powers are a secret from the world. You will read the story on how a young adult gets shot but doesn’t die and follow their journey to discover the truth about themselves. 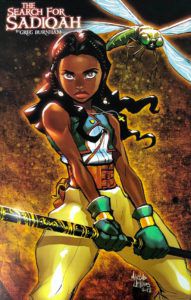 Most of the comics like Watchmen aren’t suitable for kids but here is a book that is perfect for younger readers. The Search for Sadiqah follows a 13-year-old Sadiqah who is forced to flee her home to discover her superpowers. This is a historical fiction story that takes place during the Tulsa City Massacre.