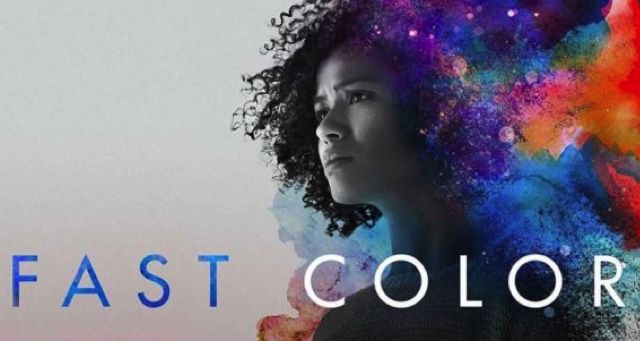 Fast Color (2019, d. Julia Hart) flew under my radar. I think it flew under many people’s radars, at least in part because the production company “wasn’t sure how to market it.” It’s a phenomenal film about three generations of black women, played by Lorraine Toussaint (Bo), Gugu Mbatha-Raw (Ruth), and Saniyya Sidney (Lila), who share a superpower: the ability to break objects down at the molecular level and reassemble them to the form from which they were broken down (though not necessarily to their original state—a broken window can be reassembled to broken glass but not intact window panes). Ruth, terrified that her powers will lead to her being captured in a post-apocalyptic midwest, refuses to use them, resulting in earthquake-causing seizures; after a near tragedy during one of these attacks, she sends Lila to live with her mother, Bo, and goes on the run. When scientists determined to study the family locate Ruth, the only safe haven she can think of is home, where she finds that not only has Lila developed the family power, but she is stronger than either Bo or Ruth has ever been. 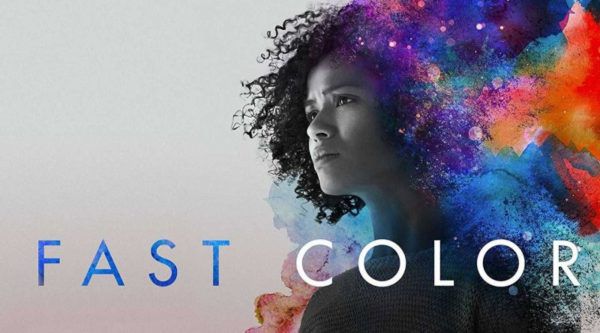 So, yes, Fast Color is a superhero movie. But the concept of superpowers is secondary to the intimate family portrait presented as the story unfolds, the interactions between three generations of black women struggling to survive, and the sacrifices mothers will make for their daughters. To the study of race politics in a world without rain, and the rights government scientists and law enforcement believe they have over Ruth and Lila because they’re male and white.

I’ve found, personally, that the most compelling superhero stories are those that handle powers the way Hart and her cowriter Jordan Horowitz have done in Fast Color: the characters, at least the focal ones, are people who happen to have powers, rather than clusters of powers that happen to be attached to people. I don’t care about flight or super strength or photon blasts; I care about the people to whom they’re attached, the people who use them and are affected by them.

There are some comics which have really nailed that concept and that you’ll enjoy if you liked Fast Color (or would like Fast Color if you enjoyed). 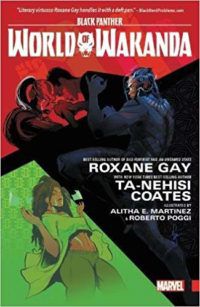 World of Wakanda focuses on the Dora Milaje, the elite guard assigned to protect Wakanda’s monarchs, and their battle against the revolutionary, Zenzi. And that conflict in and of itself, between the world’s most kick-ass warriors and a sorceress, would have made for a great book. But the element of World of Wakanda that made it truly special was the exploration of the relationship between Ayo and Aneka, two of the Dora who are deeply in love but find their sworn duties to Wakanda constantly driving them apart. It was their struggle and conflict that made this book truly compelling and the lack of resolution its abrupt ending so tragic. 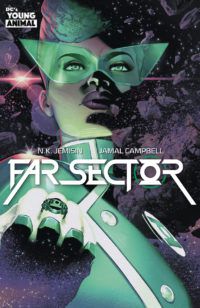 Sojourner “Jo” Mullein is a brand new addition to the Green Lantern Corp and, unlike other human Lanterns, is assigned not to protect Earth as part of a team, but to guard the 20 billion people of the City Enduring. Alone. Why is Jo sent to that location specifically? Because the City, which hasn’t experienced violent crime in centuries, is suddenly its victim, and revolution threatens—at the hands of the powerful.

Jemisin, in an interview with Entertainment Weekly , explained that exploring the history of the Lanterns gave her the opportunity to consider their fundamental nature as cops—”space cops, but cops nonetheless.” Jo is transitioning from the NYPD to being what is, essentially, a lone frontier sheriff, free from the limitations of the larger force but far more responsible for her actions and her limits, when she uses the ring and when she uses her mind as her primary weapon.

Jemisin also discussed the ways in which her Lantern’s name, Sojourner, is a nod to the American history she draws on to tell the overarching story of Far Sector; at it’s heart, the book is a commentary on the ways in which societies change, rebellions occur, and how those who are oppressed fight their way free.

And yes, Jo does look like Janelle Monae on purpose. 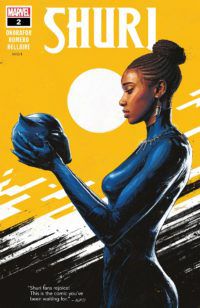 Based on the character of Shuri as presented in the Black Panther movie, the techno-genius princess of Wakanda just wants to work on her inventions in her lab. When her brother, T’Challa, goes missing during a space mission, however, Shuri is called upon to take on the role of queen for the good of Wakanda. What she wants may not matter.

Life is a tangle of obligations. We always have a choice of which ones we take on and which ones we leave behind, though it may not seem that way. How to we decide? How do we weather the fallout? Part of building a compelling character is examining how they face such challenges and sometimes, if we’re lucky, in examining theirs, we discover our own priorities. 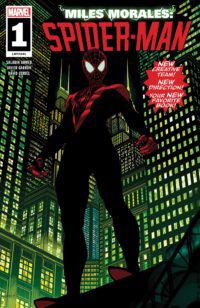 Miles’s Spidey has always been about family: a son who adores his parents but feels he has to keep secrets from them, who wants to do his best for them but feels pulled, because of a chance encounter with a radioactive spider, to protect Brooklyn from a rotating cast of Big Bads. His father, involved and proactive on Miles’s behalf, keeps his own secrets in the hopes of protecting his family (we all know how that goes), and his mom will go to extreme measures to make sure her son is safe. At its heart, Miles’s story is one about parents who want a better life for their son and a son who is desperate to keep the world safe for his parents. Throw in Into the Spider-Verse and there’s a second family, the one that shows Miles it isn’t the powers that make you a hero; it’s faith that a hero is who you’re supposed to be. That it’s Miles who’s important, not for what he can do but for his willingness to do it.

The current run of Miles Morales: Spider-Man, written by Saladin Ahmed, goes even further. In an interview with Salon, Ahmed discussed how important Spidey is to kids because he makes them feel powerful, helps them understand they do have the power to change the world if they’re willing to make the effort, and shows them they don’t have to do it alone. Ahmed also commented on the importance of properly representing America’s “multi-racial” society, one in which there are stories about people who aren’t front and center in a traditional sense, who don’t hold the power because to do so leads to discussions about equity, representation, and change. 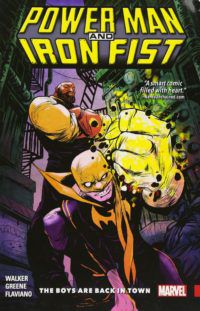 On one level, PM&IF is a delightful book about getting the band (aka Heroes for Hire) back together. And Luke Cage and Danny Rand are, in the right hands, a fantastic band (glaring at you, Netflix). Kicking butt, taking names, saving their neighborhood…we all want these two on our team.

As much as the book is a fun action-fest, however, the best bits, in my opinion, are the panels that feature Luke at home with Jessica and Danielle. They haven’t always had the smoothest of marriages, but Jessica and Luke really do love each other and both absolutely dote on their daughter; they would do anything, even battle each other, to keep her safe. The bits of the book devoted to Luke pondering the promises he made to his wife and daughter about getting out of the hero business, about keeping himself safe for their sakes, despite his bromance with Danny and his powerful desire to make the streets of his neighborhood safe, are the most affecting.

Striking a balance in life is hard, even when you have a normal job. When you’re a superhero, every move you make, every choice, could be the last one, and that gets all the more difficult when there are people waiting for you at home. It’s an aspect of the superhero life many writers have shied away from really examining, but Walker dives right in and gives us a deeper, more thoughtful, more compelling Luke Cage than ever before.

The hero can exist without the super but there’s no super without the hero. Life, politics, family dynamics, and obligation find us all eventually and there’s no way to punch your way out of that no matter how strong you are, no matter how good you look in tights and a cape. Fast Color reminded me of how important that is to even the most simple of superhero stories and the ways in which it influences my comics picks. Give some of these a try. You might start seeing those hero stories in a new light.