Who else has been binge-watching stuff on Netflix? I’m pretty sure I’m not the only one who lost a weekend to The Unbreakable Kimmy Schmidt. She truly is unbreakable; trapped in a bunker for 15 years, and the first thing she does is try to make it in New York City. But while she’s running around trying to learn the latest slang, figure out the difference between a phone and a laptop, and keep her job, when does she have time to catch up on comics? It seems pretty likely that Kimmy is way behind, since all she’s read for the last decade and then some is The Baby-Sitter’s Club. Let’s get her started, shall we?

The Unbeatable Squirrel Girl by Ryan North and Erica Henderson: Obviously, obviously, obviously, she must read Squirrel Girl. Kimmy and Doreen both share a positive outlook, a do-gooder go-getter attitude, a goofy sense of humor, a propensity for layered clothing — wait, are we sure that Kimmy and Doreen are not, in fact, THE SAME PERSON?! No. We are not sure. Either way, though. If they are different people, Kimmy will feel right at home and get a taste of the college experience she missed; if they are one and the same, then she can revel in tales of her exploits. I bet she’d be pretty excited about that. Bonus: she’ll finally understand who Titus was dressing up as.

Rocket Girl by Brandon Montclare and Amy Reeder: Like Kimmy, DaYoung Johansson is a newcomer to New York City but the Big Apple she inhabits is one Kimmy missed out on entirely (although Lillian would recognize it just fine). And like DaYoung, Kimmy has basically time-traveled, just into the future rather than the past. I think she’d love a taste of a different NYC, and find DaYoung’s sass and drive to do the right thing — no matter what — very familiar. And I know she’ll envy DaYoung’s rocket suit. Just think of all the errands she could run for Jacqueline if she had one!

Lumberjanes by Grace Ellis and Noelle Stevenson: Kimmy still has a lot in common with her younger self; every time she interacts with Xanthippe, you can’t help but picture her as being the same age (if not younger).

And the Lumberjanes would definitely have been her crowd. Kimmy may not be able to earn badges for adapting to life in the big wide world, as a grown-up who is totally an adult, but she could root for the gang’s adventures, reminisce about her own summer camp days, and spend a little time being a kid again.

Storm by Greg Pak, Victor Ibanez, and Scott Hepburn: World affairs are clearly not Kimmy’s strong suit. Storm is not only a great storyline, but it engages with some of today’s pressing issues. It also would provide her with a kick-ass role model, one who uses all resources available to her to get the job done. And besides, she’s got to start learning about the X-Men somewhere, right?

The Secret Six by Gail Simone and Dale Eaglesham: As lighthearted as she is, Kimmy also knows that the world is genuinely effed up. She’s seen some of its worst, and come through stronger for it. So she can appreciate the story that Simone tells, not only about villainy and betrayal but about redemption. (Plus, I think Kimmy has some violent tendencies of her own and could use a little catharsis.) 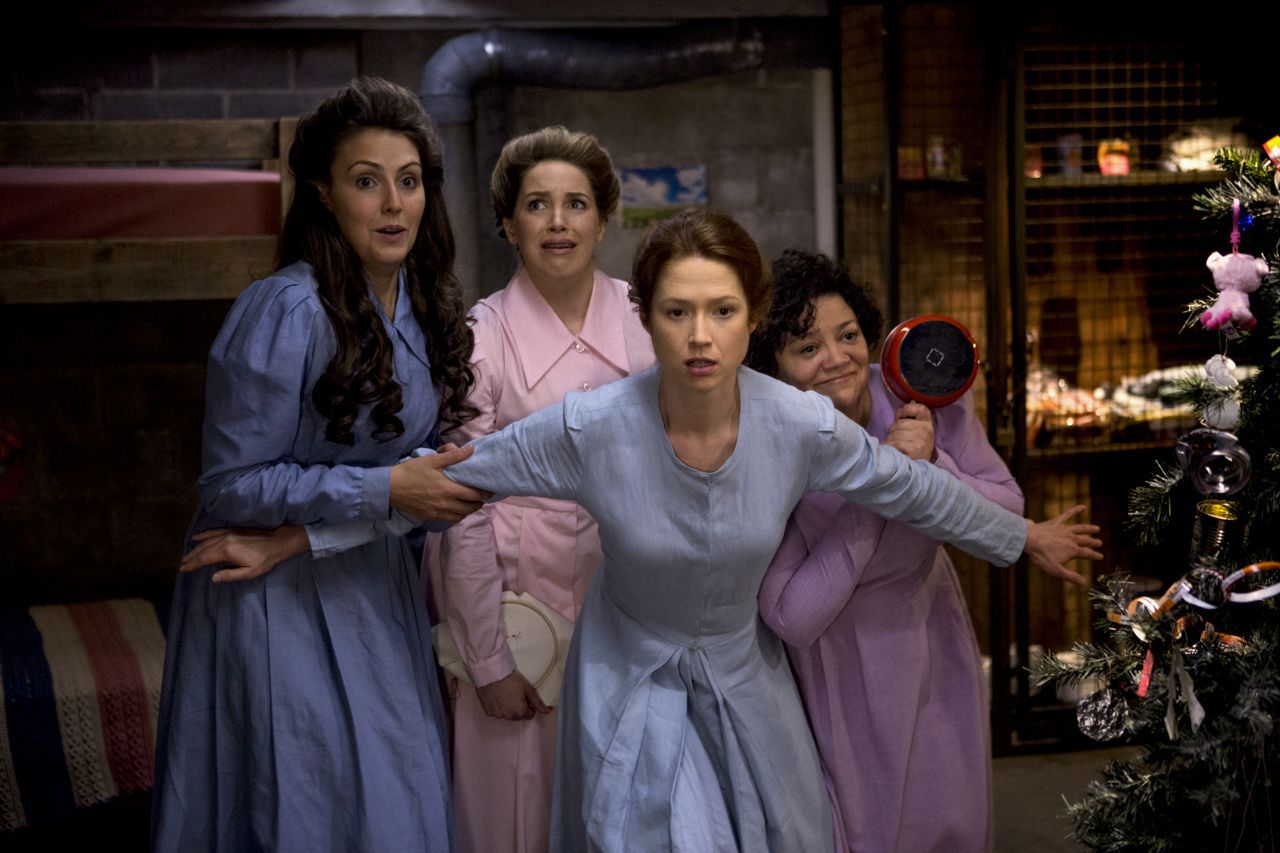 The Babysitter’s Club Graphic Novels, by Ann M. Martin and Raina Telgemeier: OBVIOUSLY. Can you imagine Kimmy’s joy when she realizes that not only is Baby-Sitter’s Club still around, but has a series of graphic novels?