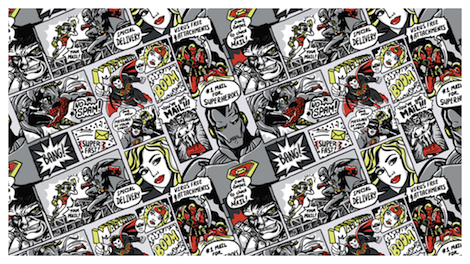 A lot of the usual suspects were missing from the show floor at ECCC this year BOOM!Studios, Aftershock, Black Mask, and several other of my smaller, go-to presses either decided not to attend the show or were so tucked away I couldn’t find them even after four days of walking the floor. Another long time attendee unavailable in 2019, much to the disappointment of my educator friends, was First Second, though some of their books were available at the show at the pop-up University Book Store in Artist’s Alley. 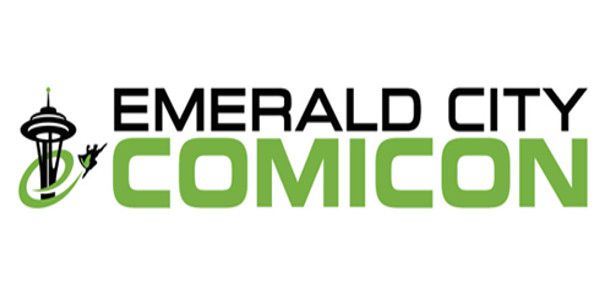 The downside of the changeover: I didn’t get to see what some of my favorite presses who aren’t Big Two, Image, or Dark Horse, put out in the last year I might have missed nor speak with their PR folks about what’s upcoming.

The upside: I focused on new-to-me publishers who were at the show that I would likely have missed if I’d been glued to my old rotation and blown my budget before I’d gotten to some really fantastic books.

So. What did I bring home with me? 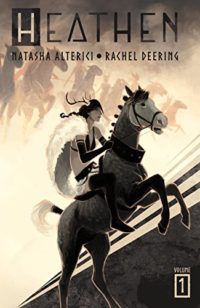 Aydis should be dead. After she dared to love another woman, her community’s elders gave Aydis’ father the choice to either marry her off or execute her. Having claimed to choose his daughter’s death, her father knows Aydis’ worth and takes her to the woods to set her free with her talking horse, Saga, knowing she has the strength and wits to survive. Aydis decides she is going to do what no man has ever been able: free the Valkyrie Brynhilde from her prison of fire. Thus proving to all of her people, especially the men, that it is not who you love that defines you, but who you are, and that she has the right to be as the gods made her no matter what the elders may think of it.

I could not possibly love this book more. Volumes #2 and #3 will be out later this year per the folks at Vault and it is going to be a rough wait. Also, I am totally cosplaying Brynhilde for ECCC 2020. 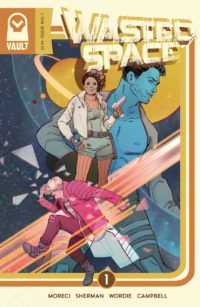 I haven’t had a chance to delve into Wasted Space yet but Heathen has me psyched for pretty much anything Vault has its hands on. Vault’s Kim McClean recommended this tale of Billy Bane, a prophet who, “got it all wrong,” resulting in a galaxy that’s been compared to “Philip K. Dick in a Blender with Preacher.” Of course, when Billy is called upon to save what he’s destroyed, he hesitates. Because he really doesn’t care anymore.

I don’t need all of my heroes to be heroes. In fact, I’m a huge fan of a certain number of them being dragged along kicking and screaming or flat out refusing to be heroic at all. Humanity isn’t a monolith and comics shouldn’t be either. 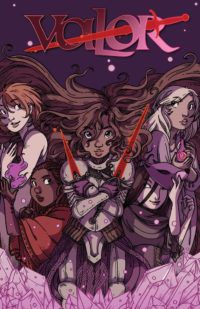 This mostly graphic novel/occasionally short story collection celebrates the resourcefulness and cunning of female, female presenting, and non-binary heroines in reimagined fairy-tales. A huge chunk of the stories in Valor: Swords are also LGBTQIA+ focused and they are an absolute joy. This first volume was originally a Kickstarter collaboration between Melançon and Lavey-Heaton, who are also co-creators of the webcomic Namesake and have since formed Fairylogue Press. A second volume, Valor: Wands (each new book is/will be subtitled for a tarot suit) is also available from the the team’s website. 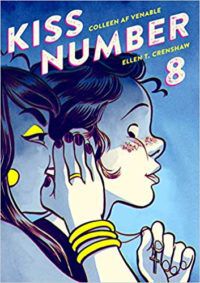 First, because I know you’re going to ask, I was on two panels with Colleen and I can confirm that is her actual middle name. Second, I can confirm that both she and Ellen are two of the most delightful humans I have ever met and I was immediately comfortable chatting with both of them which, if you know me, you know never, ever happens because I am terrifically awkward.

This book. This book is my personal favorite of 2019 thus far (I’m on book 44 of an 80 book goal, so over halfway) and I am 100% sure it will be in my top 3 when we hit retrospective time. It is sweet and sad and funny and real and even if it isn’t your story exactly, there is something in it you’ll connect with if you came to adulthood in the early ’00s or if your family was conservative and you didn’t fit into the box or your parents kept something from you or you were confused about why you were a boy who liked boys or a girl who liked girls or were both or neither or liked both or neither. If, suddenly, the people you’d fit with your whole life had changed size and shape, or you did, and you had to find a whole new puzzle.

It’s hard. It gets better. It takes time and that sucks.

But it’s worth it.

I can not urge you to run out and get Kiss Number 8 emphatically enough.

I know. Only four. What can I say, I stayed in budget this year. All of the aforementioned are really solid finds, though, and will, no doubt, lead to additional purchases down the road. And new things for me means new things for y’all.

More ECCC stuff to come, including: author and artist Alison Wilgus on her new graphic novel Chronin, the National Geographic Explorers on their first foray into middle grade fiction, Tricia Levenseller and Alexandra Christo talk kick-ass feminism in YA fantasy, the Vault Comics team reveals the secret to recruiting the best and brightest, and artist Camille d’Errico on bringing Pop Surrealism to comics.