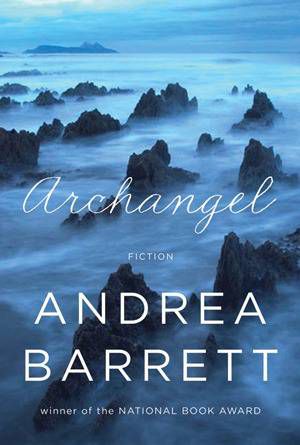 Halloween is right around the corner so it’s the perfect time of year to binge watch horror film after horror film to get you in the mood. But if you’re a horror fan, there’s a good chance you’ve seen many of those films countless times, so why not pick up something new? If you’ve never read a great horror comic, here are just a few suggestions that are a great place to start…

The story of Cassie Hack, the “final girl” in a slasher film who survives the horrific experience only to reject her role as a victim and devote her life to hunting down every last “slasher” she can find. Creator Tim Seeley obviously has a deep love for 80’s slasher films and Hack/Slash is as much a critique as it is a love letter to the genre. The series finds a way to take itself seriously while maintaining a sense of humor, creating a fun balance that the best slasher films always seem to have. Fans of Friday the 13th, Halloween, or Nightmare on Elm Street will all find something to love here. In fact, Cassie has even found herself crossing over with the likes of Chucky from Child’s Play, Ash from Army of Darkness, and even Re-Animator since the series’ debut in 2004. The Hack/Slash ongoing series may have ended last year, but with two new mini-series released this year alone, I think it’s safe to say that Cassie won’t be hacking her last slasher any time soon.

When struggling schizophrenic Brian Cohn discovers evidence that his father may have been a serial killer, his illness sends him spiraling down a road paved in madness and paranoia. Writer Joshua Hale Fialkov and artist Rahsan Ekedal craft a Hitchcockian tale of suspense and intense character drama, while every page is soaked in an overwhelming sense of dread and horror that you don’t notice so much as you feel it in your bones. Fialkov obviously did his homework when it came to portraying Brian’s condition realistically, while Ekedal’s claustrophobic layouts are a perfect visual representation of the mental illness that Brian can’t escape, forcing us to feel trapped with him inside a mind that’s falling apart at the seams. Just like Norman Bates in Psycho, Brian Cohn is so seemingly innocent and ordinary that you don’t want to believe he’s capable of the horrendous acts depicted in the comic. But you can’t help but suspect all the way to the bitter end.

As Madder Red, Fillmore Press was once the homicidal criminal overlord who terrorized the city of Bedlam. But now, Fillmore has been cured of his mania and seeks redemption by using his unique perspective to become a consultant for the Bedlam Police Department. Madder Red/Fillmore Press is a charmingly tragic combination of Sherlock Holmes and the Joker that is consistently entertaining, but writer Nick Spencer never lets us forget the monster that lies just below the surface. Riley Rossmo draws the first volume of the series with a gleeful abandon that continues with volume two‘s Ryan Browne, giving us some of the most gruesome and theatrically staged murders I’ve ever seen in comics (or otherwise), leaving fans of NBC’s Hannibal feeling right at home in Bedlam.

When Jughead attempts to bring his dog back from the dead, Riverdale suddenly finds itself trading its patented sock hops and malt shops for carved gourds and zombie hordes. Writer Roberto Aguirre-Sacasa pays tribute to everything we love about the Archie gang, while the outlandish horror plot allows a deconstruction of the characters’ archetypes and iconography that still manages to be accessible to new readers. On top of all of that, he still manages to tell an engaging story that is terrifying and often moving. While Francesco Francavilla’s timeless art gives the series a throwback quality that recalls old EC horror comics, his storytelling is endlessly cinematic. The series hasn’t feature a werewolf (yet), but fans of An American Werewolf in London‘s balance of comedic irony and earnest horror will find Afterlife with Archie the perfect thematic companion.

After the brutal murder of their father, the Locke family move to an old New England mansion called Keyhouse. The children of the family quickly stumble upon magical keys that give them supernatural powers, and an evil entity that will stop at nothing to get the most powerful key of all. Writer Joe Hill is primarily known as one of the best horror novelist of the past decade, and his first major comics work has become an unmitigated classic of it’s genre. Hill writes his characters full of personality and charm while the complex mythology of Keyhouse is fascinating from beginning to end. A master storyteller in his own right, artist Gabriel Rodriguez is capable of filling his pages with so much life that you can forget it’s a ghost story, making every shocking moment more affecting than the last. For fans of haunted house films ranging anywhere from The Shining to Beetlejuice, Locke & Key will keep you turning pages well into the middle of the night.

He tells people he lost it in the war, but how did Jack Garron really lost his arm is a story of adolescence, Americana and pure horror. Writers Scott Snyder & Scott Tuft conceive a truly twisted piece American folklore about a twelve-year old boy who runs away from home, the girl he befriends on the road, and the man in the hat they meet with the razor-sharp teeth. Together they churn a story that begins as a heartbreakingly tragic tale that methodically becomes more bloodcurdlingly terrifying with every page. Attila Futaki’s art recalls the Americana paintings of the era with an underlying darkness throughout that gives him the ability to make you scream, cry and sleep with the lights on. If Let Me In‘s complex depiction of innocence lost through a childhood friendship and horrific circumstances was something you enjoyed, then look no further than Severed.

These were just a few of the horror comics I like the best. What are some of your favorites? Let us know in the comments below!