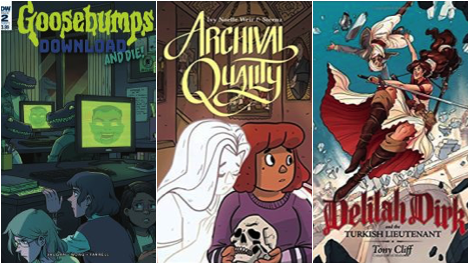 Look, I’m not saying I’ve completely given up on Marvel and DC (let’s look at Vertigo as a separate entity even though it’s technically a division of the latter, agreed? Agreed). What I am saying is that there are a lot of smaller presses out there doing really good stuff, presses sometimes overshadowed by The Big Two (and lately, Image). Among these companies are IDW, Oni Press, and First Second. Here’s a sampling of what they have to offer: 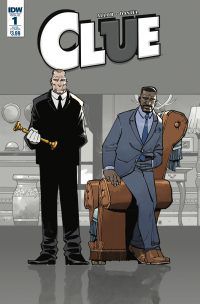 IDW has a close relationship with Hasboro, as you’ll see if you peek at their back catalog, though rather than rehashing what has been, these game-based comics seek to reimagine the classics in a modern context. Though the characters have kept their names, their occupations have been updated and the spirit of the film added to a pitch Allor said he “thought they would turn down.” They didn’t, and the result is a whacky romp and a butler who breaks the fourth wall, both verbally and physically (he actually leans through some of the panels in which he is featured) to speak to the book’s editor. (Vol. 1 available in TBP now) 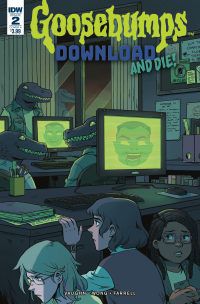 Some of you may remember enjoying the classic novels by R.L. Stine; the Goosebumps comic, like its predecessor, is “horror for kids,” allowing, said Vaughn, children to “push boundaries” while also giving them the opportunity to see “this too shall pass.” Like the aforementioned Clue, Goosebumps nods to the originals while bringing the stories (the first of which was entitled “Download or Die” rather than “Say Cheese and Die”) up to date, and the first arc has a strong emphasis on girls in math and STEM. (Vol. 1 available now, Vol. 2 forthcoming)

This four issue mini-series will explore what happens when civilization neglects entire sectors of the population (hint: this 2000 AD continuity book suggests that governments and upper echelons do so at their own peril). Funny and violent, satirical as all good sci-fi is, the close collaboration between writer and artist resulted in a gorgeous book I might not otherwise have picked up but certainly will now. (Launching in May) 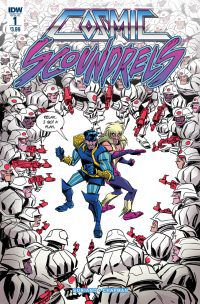 The first trade of Cosmic Scoundrels went to print this past January and, to be honest, I have no idea how I missed this book. A riff on the movie 2000 AD, it’s bright and irrelevant and features Roshambo, a disgraced general who threw a war, and Love Savage, a prince/gigolo on the run from the entire galaxy. (TPB available now)

Star Trek: The Next Generation: Through the Mirror by Scott Tipton, David Tipton, and Scott Johnson

Through the Mirror is a five week event that follows up on IDW’s previous TNG books. Mirror Universe invades Prime Universe! What has Emperor Spock wrought? You’ll find out. Oh, and IDW editor Jen Vaughn hinted that if you’re a TNG fan, 2018 is going to be a very good comics year for you… (May 2018)

IDW also holds the license on the kid’s Star Wars properties and is responsible for the wonderful Star Wars Adventures and Star Wars: Forces of Destiny books.

Oni publishes a lot of fantastic stuff but I discovered two new favorites while at the Con. 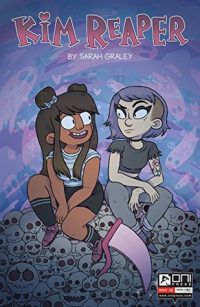 University student Becka finds herself with serious crush on fellow student Kim. But when she finally works up the courage to ask Kim to join her at the pub, Becka discovers Kim, like so many other students, has a part time job—only hers is a bit… unorthodox: she’s a part-time Grim Reaper. Hijinks and horrors ensue. Adorable, touching, moving, and hilarious in turns, I can’t recommend Kim Reaper highly enough and I very much hope there will be more. (Vol 1 in TPB now) 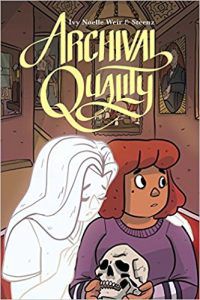 After a breakdown, Celeste Walden is let go from her job as a librarian and Abayomi Abiola, curator at the Logan Museum who has had difficulty hiring a new archivist, gives her a second chance. Things get odd quickly, including frightening dreams about a woman to whom Celeste feels drawn and who needs her help, but who Celeste has never met in life. As things get more and more frightening, Celeste knows her life is in danger, but she simply can’t let go before the mysteries are solved. (Paperback, available now) 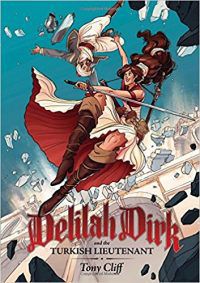 Honestly? I’m barely scratching the surface here. There is so much good stuff out there. If none of these floats your boat, check out Dark Horse and Black Mask. Go indie. Ask your friends, your LCS. Report back! I can’t wait to hear about what you find.