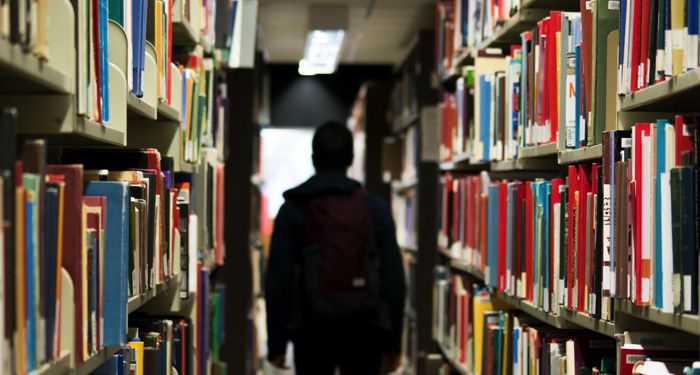 For many of us, especially those of us who make a concerted effort not to watch the news for fear of accidentally catching a glimpse of a certain over-tanned someone who claims to be a world leader, it’s increasingly difficult to remember there’s a world beyond our front steps. That someday we’ll once more be swimming in the ocean that is the larger world in schools of more than three or four individuals at a time. That the children among us will, at some point (and please let it be next fall. Please please pleasepleaseplease), be going back to, well, the other kind of school with all the wonders and difficulties the classroom and playground entail. With friends who may or may not have had such an easy time of it during mandatory family together months, who come from different places, or who live different truths.

Truths your spawnlings may or may not understand. Or, quite possibly, may have understood at one point but have  now forgotten how to navigate.

Graphic novels are the perfect way to jog those little memories and prepare them, to go once more unto the breach, to receive all the input and reflect it back to their peers not only as not only sympathy and kindness, but as empathy and love. Here are three you might find of particular use: 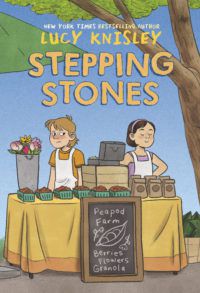 When Jen’s mom decides to move to her boyfriend Walter’s farm, she takes Jen with her, which means Jen has to leave the city, her dad, and her friends behind. She gains a couple of things her mother seems to believe will make up for her sacrifices: stepsisters Andy and Reese.

Jen does not feel this is an even exchange.

It’s hard to find stable ground when everything, and everyone, is new especially when home, the place that’s supposed to be the most secure, is as precarious as the rest of the world. Jen isn’t sure when, or if, she’s going to where she fits in to any of it. That’s a scary situation for anyone, but especially for a new kid on her first day of school.

After your kiddo reads Stepping Stones, ask them how they would feel if they were in Jen’s place. Then brainstorm what they night be able to do to make a new kid’s day a little bit brighter. 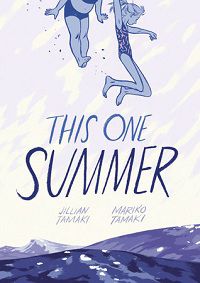 This One Summer by Mariko and Jillian Tamaki (First Second)

Every summer, Rose and her parents escape to the beach and every summer, Rose’s friend Windy is there to greet her. This one summer, however, is different: Rose’s parents are fighting constantly and some of the town’s local kids are more interested in sex and drinking than swimming and hanging out. As the story progresses, teenagers pull Rose, who’s 18 months older than Windy, into their circle and away from her childhood best friend, toward things she isn’t sure she wants and may not really be ready for.

We’re missing out on a lot of one another’s lives right now. Sure we have Zoom and FaceTime and GChat, but none of those are the same as being there and we can’t always say what we want, or need, to say with a full house right behind us. Before your kids see their friends IRL again, remind them that there have been a lot of days and weeks and months between meetings and that while some change is natural and good, if their friend is suddenly moody or angry or withdrawn, it may be because something difficult or painful happened. Remind your kiddo to be kind, compassionate, and patient. Remind them it’s okay to ask questions but that it’s also okay for them to just sit with their friend at lunch and make fart jokes. We’re all in this together and together can manifest in a lot of different ways. 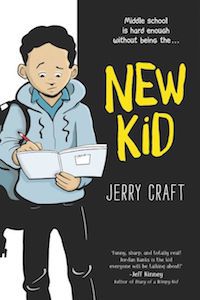 Jordan wants to go to art school. Jordan’s parents send him to a fancy prep school where he’s one of the only kids of color in his grade. Every day, he travels from Washington Heights to Riverdale Academy trying to figure out how to fit in both at home and at school, his efforts leaving him feeling as though he doesn’t fit in anywhere.

My kids learned about this feeling in a different context about a year and a half ago. We do public school and happened to be districted to a K–8 that has a decent percentage of Jewish families, so prior to the Tree of Life shooting they’d never had any concerns about their friends knowing they were Jewish. After…different story. My now-7-year-old was especially hard hit when one of her supposed compatriots mouthed off about some anti-Semitic garbage his father had said (I would like you all to know I was very mature and emailed the program director instead of stalking in with a baseball bat during pickup). It’s only recently she’s wanted to discuss being Jewish outside of Hebrew School and family celebrations again. The lesson here? Remind your kids how boring the world would be if everyone were the same. Teach them to be inquisitive instead of reductive, open instead of resistant. Teach them to ask questions about where people are from and how they got here and what they believe. Everyone is enriched by these interactions. And everyone is welcome.

It may seem like we’ve been here forever and we’ll be here forever but the fact of the matter is, the kids will most likely (probably? hopefully?) be heading back to school in September. We’ll likely all need a brush-up on our social skills by then but you don’t have to be refined to be compassionate or terrifically astute to be empathetic. Kids are much better than we are at that stuff anyway especially with reminders from some absolutely wonderful books.