Although superhero comics and comedic newspaper strips might still be the first thing you think of when you hear comics, comics that deal with dark themes have existed since the beginning of the 20th century, and have had a major effect on comics storytelling. Going back to Will Eisner, dark comics about difficult topics and that explicitly confront uncomfortable themes have held a lot of power for the cartoonists and readers alike.

In the 1960s and ’70s, the underground comics scene gained a lot of steam and started inspiring writers to tackle difficult topics in their work. With the wild popularity of Maus I in 1980, it became even clearer that comics and graphic novels were the right medium to ruminate on trauma, history, and darkness. Comics allow freedom of form and style to explore dark themes in more abstract ways. It can be difficult to find precise language to explain darkness, so that’s why art is the perfect medium. We’ve talked about dark comics before, and there are so many to quench the need for discussions of darkness in a highly stylized format. 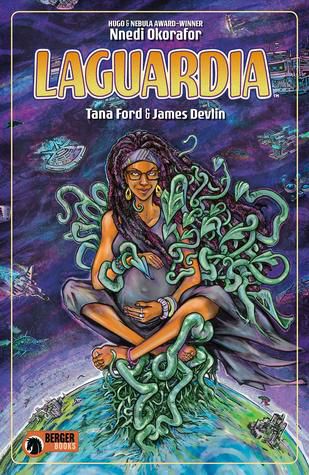 Shape-shifting aliens, interstellar travel, and inter-species discrimination are just the starting point for this fantastic sci-fi comic series. Okorafor is a master of integrating real-world concerns with speculative fiction, and this series tackles the fear of the unknown even as aliens are being integrated with society. A doctor named Future brings along an alien named Letme Live through the newly intergalactic LaGuardia airport, and Future has to conceal her alien pregnancy while they hide out in the South Bronx. The art by Tana Ford melds the streets of New York with a distinctive alien style. Instead of approaching the issue of immigration and refugee status obliquely (like a lot of other sci-fi), this miniseries puts these issues at the center and privileges the perspective of the shape-shifting aliens finding their way through a harsh world. 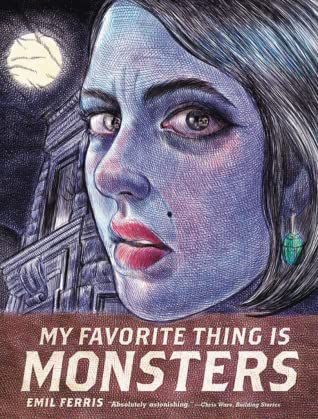 The best part about this book is how Emil Ferris uses so many of her artistic influences to tell this story, from Renaissance paintings to pulp horror novel covers. A young girl named Karen Reyes goes girl detective and attempts to solve the murder of her upstairs neighbor, Anka Silverberg, who was a Holocaust survivor. Karen’s story takes place in the late 1960s in Chicago, and she discovers more about Anka’s life in Nazi Germany. The book itself mimics a diary, with Karen pulling together her favorite horror iconography and drawing out what happened in the past and present that she’s investigating. For someone like me who grew up reading all of the Amelia’s Notebooks series by Marissa Moss, this was an absolutely perfect read. 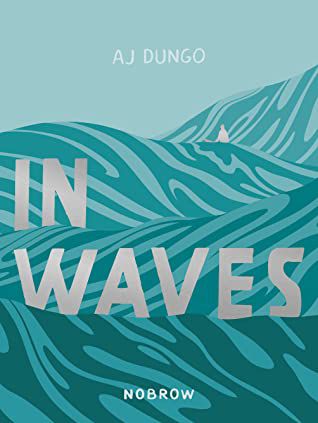 In Waves by AJ Dungo

Surfing in Hawaii is not an immediately dark topic, but AJ Dungo’s memoir uses surfing as an entry point. Dungo focuses on the lives and work of two surfing icons, then abruptly shifts the coloring to aqua blue (from sepia) when he’s writing about his partner Kristen and her struggle with cancer. Even though I don’t know a lot about surfing, AJ Dungo is able to communicate the resilience and beauty that comes with the sport. Mixing his love of surfing with the deep pain of his dying partner is a fantastic way to explain how we can process grief in unexpected ways. 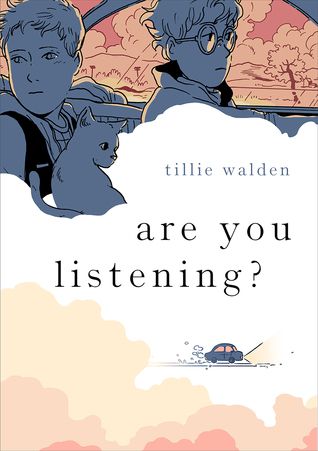 Bea and Lou are both trying to escape the past, and end up on a journey together through Texas. The road trip between two strangers is a pretty common story, but Tillie Walden is an incredible artist who manages to find pathos in word and image throughout the book. Feeling lost because of trauma and getting lost on the road are two things that go together very well. Walden also imbues the story with magic and a strange cat who shepherds the journey into even weirder places. As the world becomes less familiar around them, Bea and Lou are forced to confront the darkness they were trying to outrun. 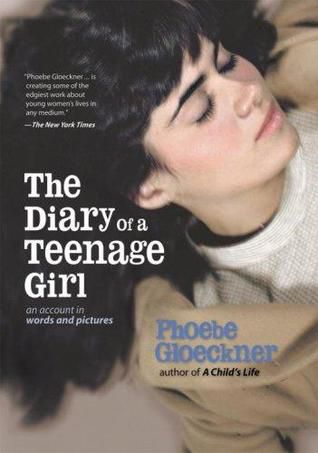 This recommendation comes with a huge content warning for underage sexual abuse and drug use. Minnie is a 15-year-old who starts having what she believes to be consensual sex with her mother’s boyfriend. This book is half memoir, with large portions of it taken from Phoebe Gloeckner’s teenage diary. The comics section of the book was drawn with Gloeckner’s adult perspective, and it’s clear she has perspective on this dark relationship. The drawings of her in sexual moments with Monroe are intense and grotesque, conferring an adult understanding onto the wrongness and abuse present in the relationship. Despite the intense darkness of this relationship, Minnie is still a teenage girl who discovers her artistic potential and starts writing to Aline Kominsky-Crumb. This isn’t to say everything turns out perfectly for her, but Minnie the character is able to have very teenage experiences while being embroiled in a dark time.

Dark comics have been embraced by all sorts of authors in different genres, from ultra-dark antiheroes and manga and horror comics.  These artistic explorations are great for processing as a reader as well because they invite us to engage a little more deeply. If you’re looking to start diving into the wider world of comics, dark comics are a great place to start.