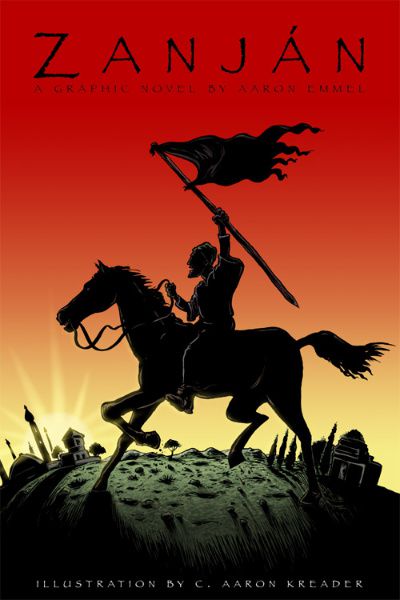 Zanjan: A Graphic Novel Based on Actual Events by Aaron Emmel and C. Aaron Kreader

The Baha’i faith was born in mid 19th century Persia with a message delivered by two divine messengers, Báb and Bahá’u’lláh: the purpose of human life, they announced, is to know God and attain his presence. The true human identity is that of a rational soul with both free will and powers of understanding that allow all people to better themselves and society.

Zanjan tells the story of this peaceful path’s emergence alongside that of a young man named Navid. Trained from a young age to join the social elite. The more he learns of society, however, the more Navid questions his predetermined path and the more conflict he sees between the military and the population of Zanjan, the more he is drawn to the new spiritual path of peace the citizens are fighting to protect. 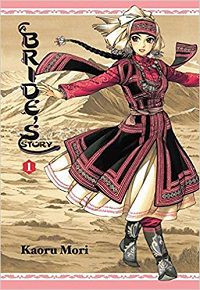 Thank you to fellow rioter Vernieda Vergara for this one (“Q” is rough in almost every category). We most often think of quest narratives as an element of fantasy comics, but if humanity hadn’t undertaken actual quests, we’d be living in ever more tightly packed circumstances than we already are (a horrifying thought, especially at this particular moment in time). In this first volume of Mori’s intergenerational tale Amir, a young woman from a nomadic tribe, travels to meet her betrothed, a boy 12 years her junior. But her journey isn’t spatial alone: Amir loses the familiarity of her birth family, must adapt to a new role in a new family group, adapt to the role a new society has already determined for her, and figure out how she, at 20, is to live with her 12-year-old fiancé. 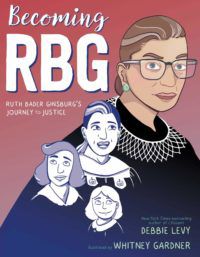 “True and lasting change in society and law is accomplished slowly, one step at a time.” It’s hard to believe that the feminist icon who has come to be known as the pop culture symbol “The Notorious RBG,” who’s had necklaces and pins made in the image of her dissent collar, who’s had multiple biographies—including one as thick as my ankle—written about her, was once a shy, unassuming little girl who questioned unfairness. It’s amazing what one person, what one woman, can become when a challenge presents itself. Follow in her footsteps and may her memory be a blessing. 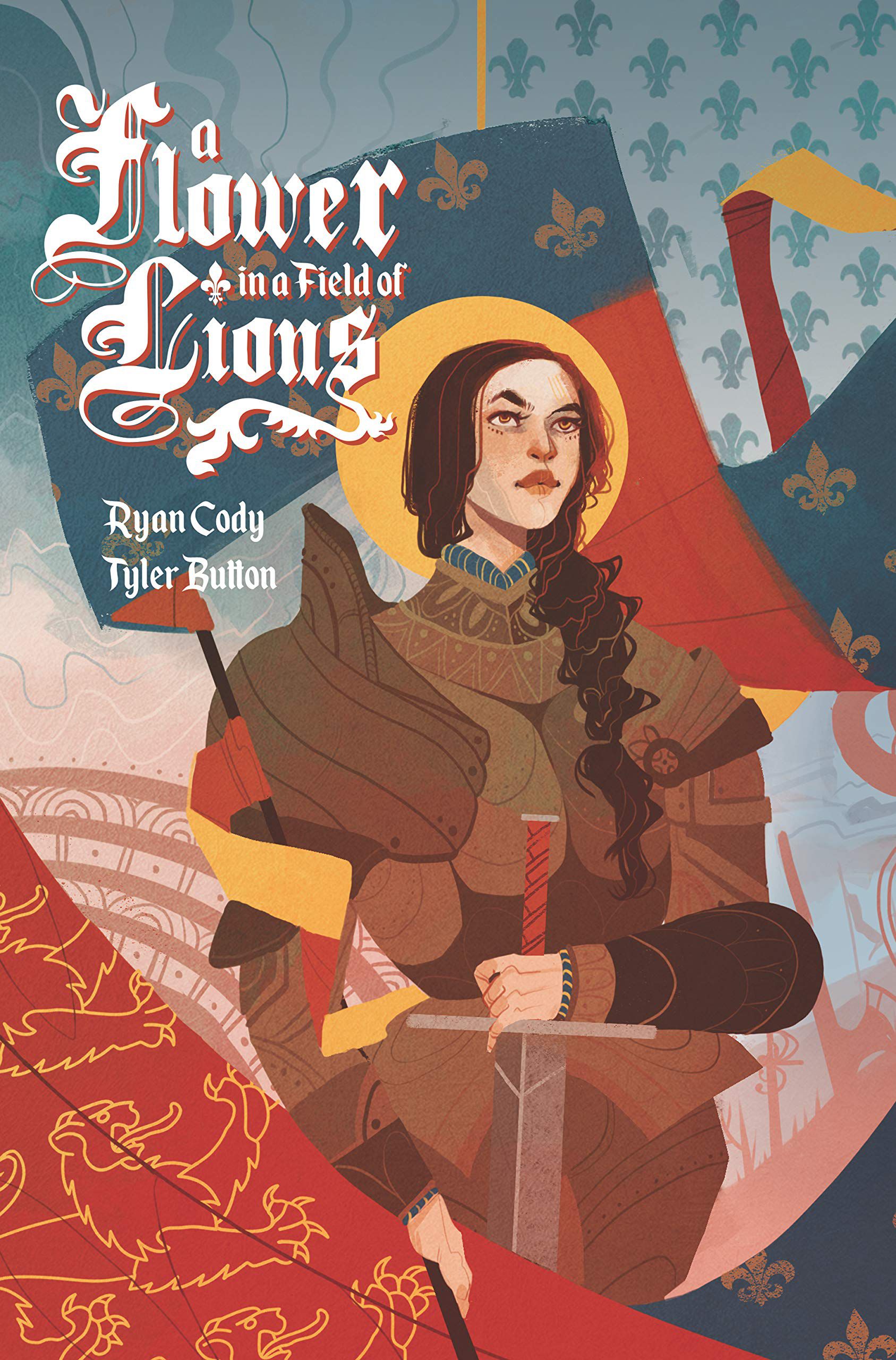 A Flower In a Field of Lions: The Trials of Joan of Arc by Ryan Cody and Tyler Button

Joan of Domrémy, better known as Joan of Arc, claimed saints and angels called her to lead a war-weary army against the invading English. Some believed her piety to be proof of her blessed status. Some thought her visions were induced by drugs or poisons.

Others accused her of being a dangerous witch in congress with the devil: how else would a woman be able to gain such power and authority in 1431? How else would she be able to accomplish what men failed to do for a century? How else to explain her sudden failure at the walls of Paris but God’s endorsement of man’s decision to put Joan in her proper place: in the flames. 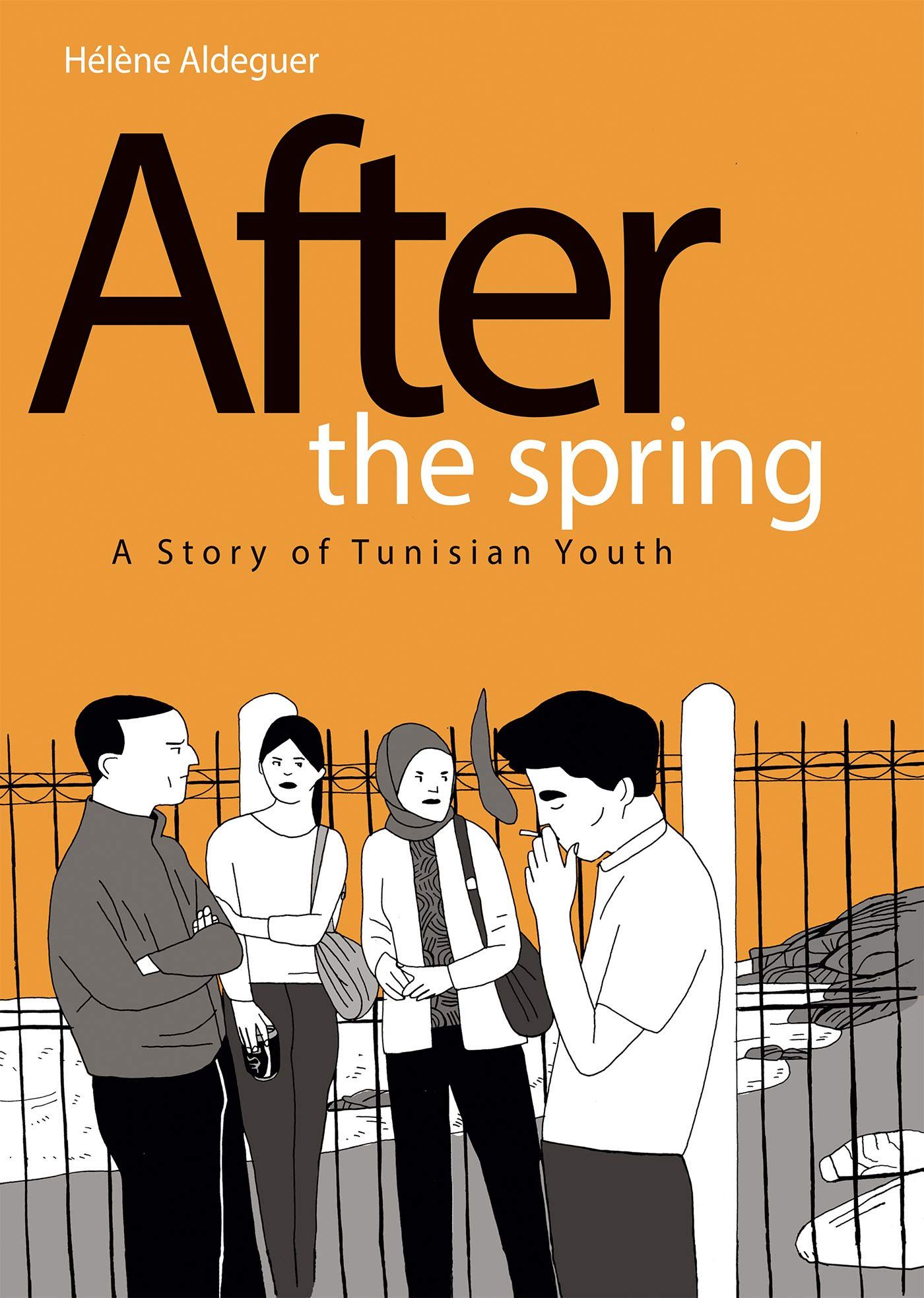 After the Spring: A Story of Tunisian Youth by Helene Aldeguer

In 2011, the “Arab Spring” promised change in North Africa. Two years later, four Tunisian teenagers are still waiting for that promise to be fulfilled in an unstable, uncertain nation. Go or stay? Tradition or modernity? Law or revolution?

Which is the right choice?

Preserve the past? Choose a future? Which future is the right one? Is there a right one? Or has everything fallen apart?