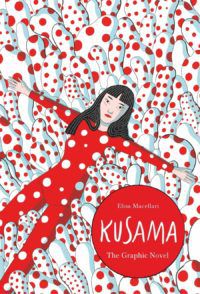 Yayoi Kusama is a fascinating artist and a remarkable human. Coming from a background where her artistic talents were ridiculed and discounted, she moved to New York alone as a young woman and a struggling artist before it was fashionable to do so. A member of the ’60s avant garde, she creative massive installations and performance pieces (which she called “happenings”) that changed the way people thought about art and the world.

One of the most amazing things about Kusama-sensei, though, is her willingness to speak publicly about her experiences with mental illness and to be open about her decision in 1973 to take up permanent residence in a psychiatric facility, where she still resides today. While living there, she has continued to make art and has also delved into poetry and various forms of prose writing. Kusama-sensei does leave the facility occasionally for exhibitions of her work, traveling in the company of her physician.

What does it mean to be royalty? To some it means ruling long and ruling well, making certain your people’s basic needs are met and they aren’t taxed into oblivion so you can hold costumed balls and gild your shoes.

To others it means taxing your people into oblivion so you can hold costumed balls and gild your shoes.

The Versailles of Louis XVI was the epitome of excess and the height of grace, one of man’s greatest achievements and most singular failures. What better way to explore Louis’s world than with the stunning reissue of the manga that explores that world’s greatest potential and most deadly mistakes? 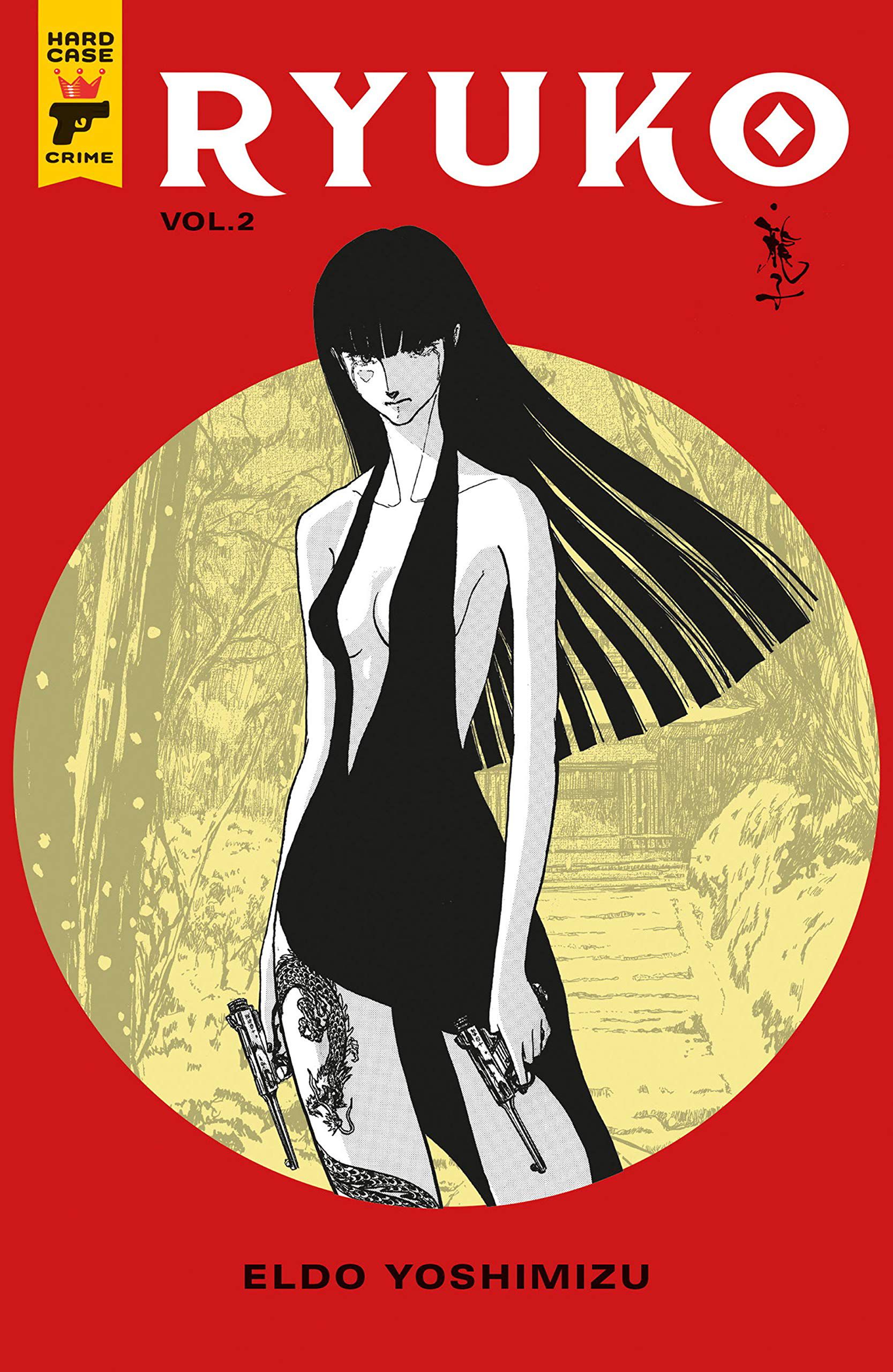 In the first book of the Ryuko duology, we meet the titular heroine(?), a high ranking Yakuza member stationed in the Middle East. Enter the Triads and an unknown terrorist organization, and suddenly Ryuko’s world is infinitely more complicated. So much more complicated. And before she has time to sort it all out, Ryuko receives word her mother has been kidnapped, and matters with her father…best not to think about that.

In Vol. 2, Ryuko goes on a search for the family and allies she has left while on the run from the enemies who have been chasing her since her last assignment. Ryuko is tough and she’s a survivor, but can even she make it through this? 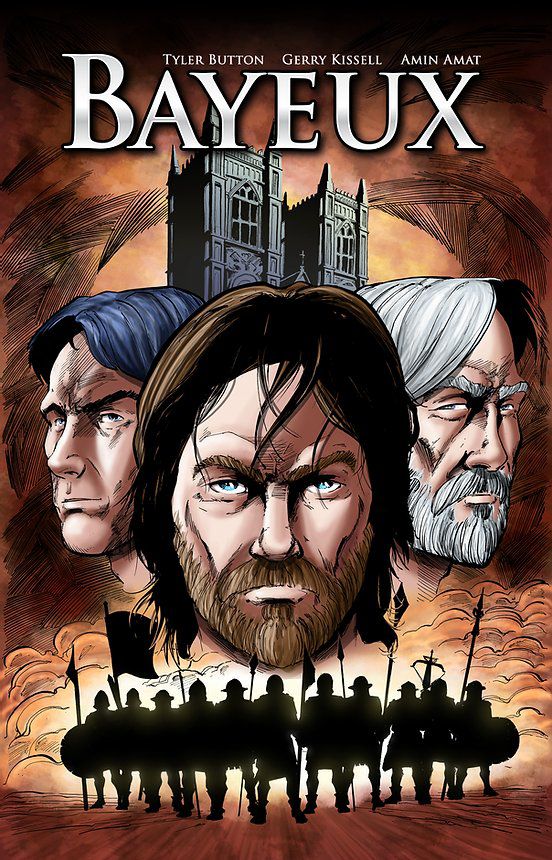 October 14 is an important date in British history; it was on that day in 1066 William the Conqueror, a Norman interloper, defeated Harold II, who would die the last Anglo-Saxon king of England, at The Battle of Hastings.

Whether or not William had a right to the throne is disputed: he claimed to have met with a childless Edward the Confessor just weeks before Edward’s death and received the then-monarch’s blessing as heir. On his deathbed, however, Edward left the kingdom to Harold, head of the nation’s most influential family, said to be more powerful than Edward himself.

Well. No one descended from Vikings was going to tolerate that malarkey.

Harold ended up with an arrow in the eye and William ended up on the fancy chair in London.

Many of you have probably heard, and at least seen pictures, of the Bayeux Tapestry, an incredible work of art nearly 70 meters long (~230 feet) and 50 cm tall (~9 feet if I mathed properly, which is always questionable) and are aware that it depicts pivotal moments from the Battle of Hastings. What you may not know is that Burton, Kessell, and Amat used the scenes depicted on the tapestry to frame the narrative for their graphic novel.

Time to get reading. 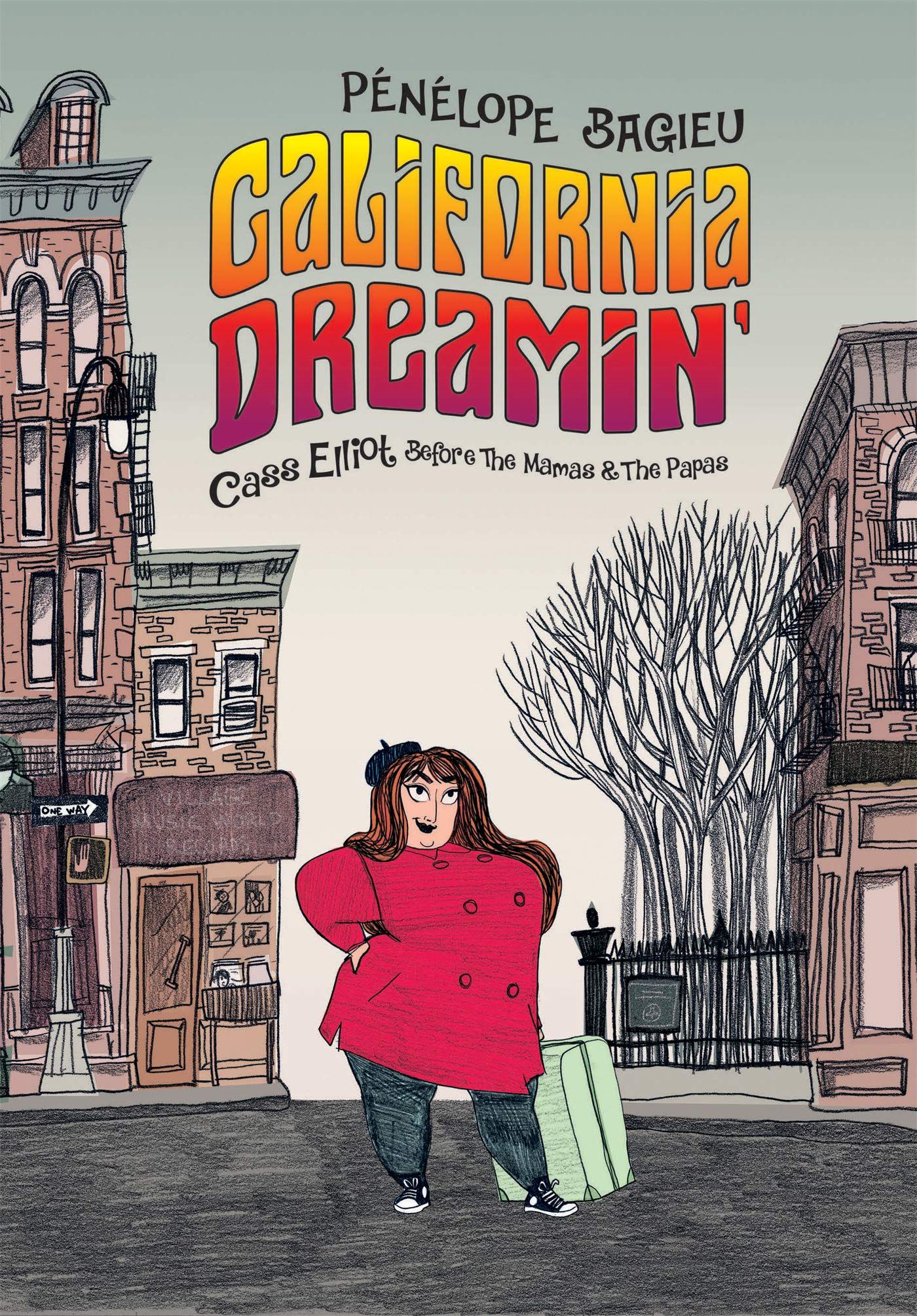 California Dreamin’: Cass Elliot Before the Mamas and the Papas by Pénélope Bagieu

You don’t really know a person’s full body of work until you know where they came from. Because everyone starts somewhere and even if you think you’re leaving home behind forever, a little bit of it stays with you and creeps into your art.

Cass Elliot started as Ellen Cohen from Baltimore, a 19-year-old with an amazing voice and dreams of stardom.

Was she the kind of girl producers were going to plaster on album covers? Not in the amphetamine chic ’60s. Ellen Cohen from Baltimore wasn’t about to compromise though; instead, she found people who accepted her as she was and she made the music she wanted to make in the short time she had with them amidst the social and personal chaos of sex, drugs, and rock and roll.

Stay tuned for the next installment in this history series! In the meantime, catch up on previous rounds of Comics A–Z.