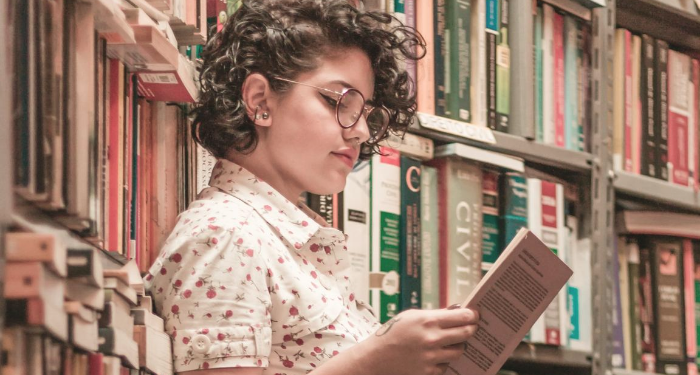 A: The Aztec Empire 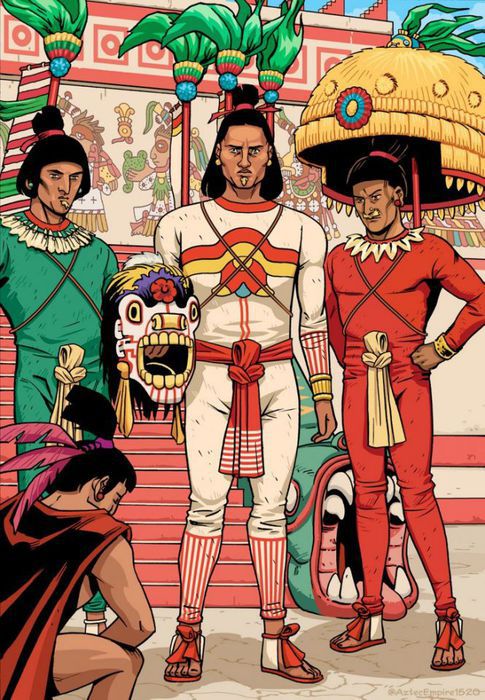 Normally, I wouldn’t be terribly enthusiastic about a history of the Aztec Empire written by white dudes. However, I actually discovered Aztec Empire 1520 via an article in the Mexicanist where the author discussed the careful research both the author/penciler and inker were doing with archeologists and historians Enrique Ortiz, Matthew Restall, and Michael Smith, and also with the National Museum in Anthropology of Mexico City. The much lauded website praised the webcomic which covers “the wonders of the Mexica empire, its splendor, and its fall in conquest” with a vision that it affirms “seeks to try to portray with maximum fidelity that era and its people in the first half of the sixteenth century…the origin of the current Mexico and the valuation, respect and support for the current indigenous people.” 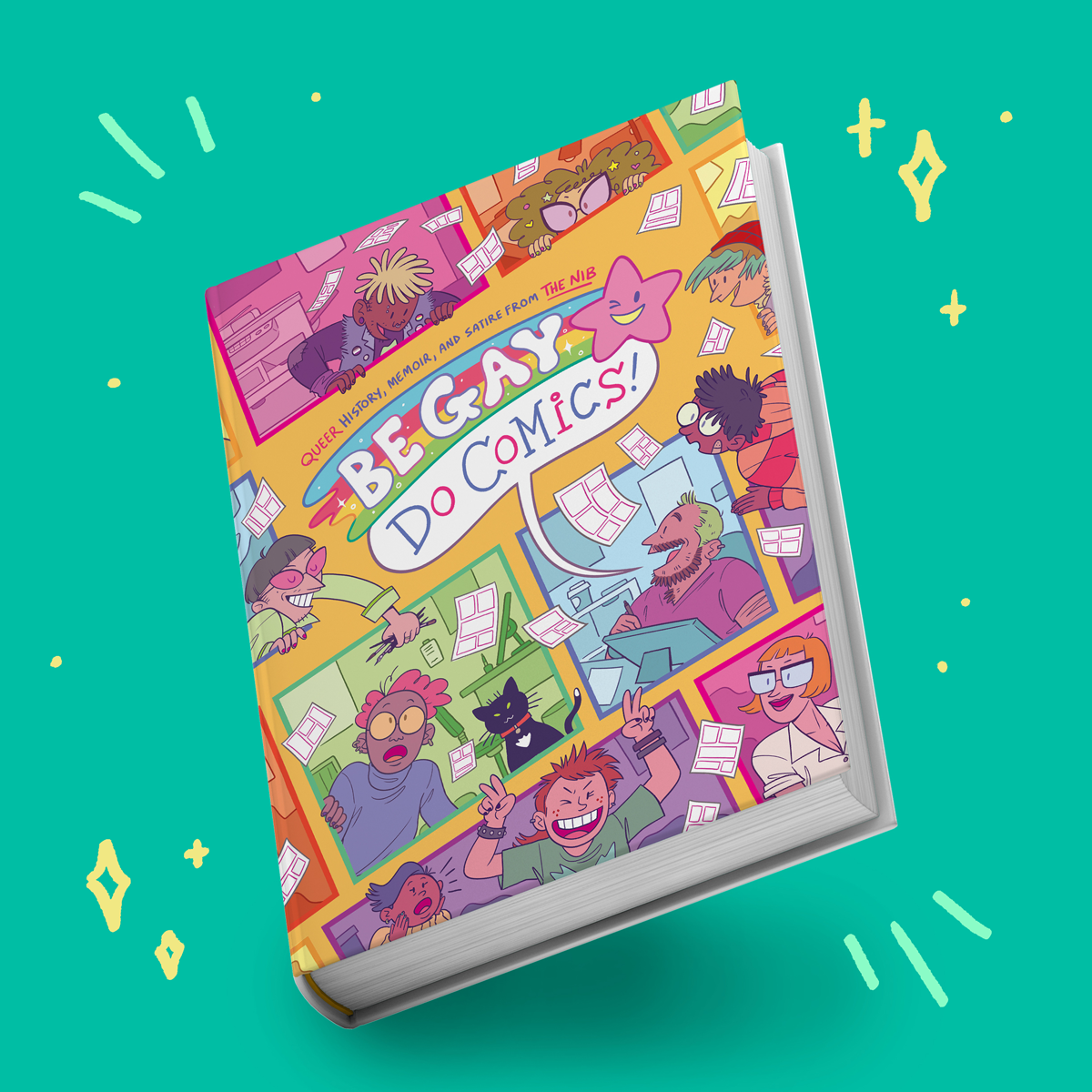 Be Gay Do Comics: Queer History, Memoir, and Nature from The Nib

People who see the world in binaries think in either/ors. They may be able to visualize a spectrum but those spectrums have pretty tight parameters and anything that doesn’t fit along the line as established by the majority is… problematic. Why? Hard to say. Absolutes are comforting? Habits are ingrained? We…have to fill out bubbles on standardized tests somehow? *shrug emoji* Regardless, those of us who don’t fit molds make the majority uncomfortable, which is why Breena Nuñez’s comic “How Do You Translate Non-Binary?” in the Be Gay Do Comics anthology is so vitally important. Not only does it serve to education those who haven’t quite gotten there on the errors in their thinking and the damage their assumptions can do friends, loved ones, and clients; to demonstrate to them the additional emotional work they’re forcing on folx who are already making a hell of a lot of often painful day to day effort to be acknowledged in who they are. It will also help those who are trying to explain those selves to others they aren’t alone and they deserve to be acknowledged and respected. 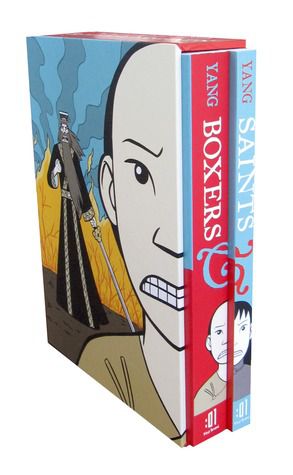 When the gods appear to him in visions, Little Bao must take a stand against the so called “missionaries” who came from the west and destroyed his village. If violence is the only thing the interlopers can understand, then so be it; Little Bao will do what must to free his people.

Viviana was taken in by those same missionaries, however, when the people who lived in her village would have left her to die. They gave her a home and a family. When the rebellion comes, will she abandon the only people who ever cared about her or will she stand against the country of her birth?

Very few writers could execute projects like this successfully, especially graphic novels intended for middle grade readers. Balancing honesty and sensitivity, truth and lines of communication, engagement and education, takes a deft hand and a deep understanding of not only the history itself but of the readers who will be struggling with it. Yang is one of them and we’re lucky as hell to have him. 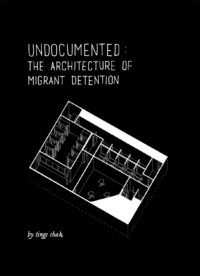 Undocumented: The Architecture of Migrant Detention by Tings Chak

Undocumented explores the growth of the detention industry in the era of militarized borders, the big brother state, and criminalized migration. Chak’s book includes comics, architectural sketches, and interviews with both former detainees in the Canadian system (not dissimilar to the American system) and those working to protect the rights of those of people being held in deplorable conditions for indefinite periods of time, delving deep past sanitized press releases and newscasts, past photo ops and scare tactics to put the true horrors of migrant detention on display. Her book asks readers to consider why we are so willing to treat those who seek better lives out of fear and desperation worse than we do murderers and rapists, why we allow corporate entities to profit from their suffering. How we can place human life below that of animals and when we started to believe the lives of migrants were worth less than our own.

Proceeds from the sale of each book go to the End Immigrant Detention Network. 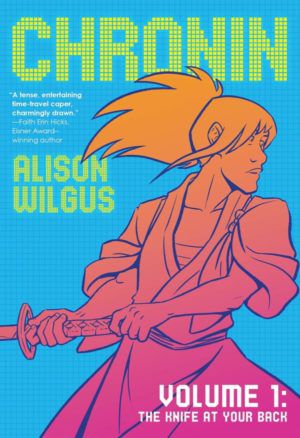 Chronin: Vol 1 The Knife at Your Back & Chronin: Vol 2 The Sword in Your Hand by Alison Wilgus

This time travel adventure series does far more than use Edo Era Japan as a backdrop: the fuckery some of the characters do therewith in their arrogance might change history forever, and very much for the worse if Mirai, stuck in the past with no friends, no help, and no knowledge of what do to with the sharp pointy things everyone else seems to wield with great competence, can’t track down her ex and fix what he broke.

Honestly, she wasn’t even supposed to be here today. Or ever, for that matter.

Don’t let the sci-fi/fantasy tag fool you; Wilgus has done tons of research and anyone who tells you you can’t learn from fiction hasn’t been reading the right books.