This past weekend, I took a fantastic workshop on using folklore in fiction writing. Part of the workshop was, naturally, a discussion on whether or not one should use folklore from a culture other than one’s own in one’s work; opinions between those who are conscious of the pitfalls (some people remain obstinately oblivious which…*sigh* but that’s a different post) was split between “no, absolutely not, especially if you’re talking about a living culture,” and “yes, but,” the caveats being “do the hell out of your diligence and then hire sensitivity readers and listen to their critique and if they tell you you did something wrong fix it.” (P.S. Your friends who may be of a certain cultural or ethnic background are not there to be your sensitivity readers, and if you should be lucky enough they agree to do the task for you, they are not there to pat you on the head and tell you you did great if you didn’t).

If you’re not willing to do those things, then stay in your own lane because people who think the whole world is up for their grabs have already done plenty of damage, and no one needs any more of your appropriative “it was just a bit of fun” takes.

I see you wondering why I think I have the right to say anything about this and that’s fair. Here’s the thing: surface, I look like a lot of other ally-type early-middle aged ladies, but I grew up in a Conservative Jewish household. So when I see folx casually slinging golems around or saying sure, Oscar Isaac would make a fantastic Moon Knight (that’s an “M” preview for you)…hnnngh. And while no, it is certainly not to the same extent other cultures have had their very souls appropriated. But it does poke me in the lizard brain and engage lock-down.

So. What I’m going to do in this A–Z is look at fairytales, folktales, and myths from a different direction (and a couple of different angles): I’m going to look at stories that are either western in origin that have been reimagined through other lenses, stories that were coopted and have now been retold by the people to whom they originally belonged, or upcoming stories about which I’ve noticed people voicing concerns for culturally linked reasons. There do seem to be some cross-cultural ur-stories (e.g. great floods, the taming of primordial chaos, and oddly, vampires?) that I’m planning to stay away from since they’ve already been fed through a truly staggering number of cultural lenses. If I tend toward manga it’s because that’s what I’ve read most widely in comics originating outside of the U.S. so far, but I am actively working to widen my perspective and hey, if you have any recommendations, please send them. 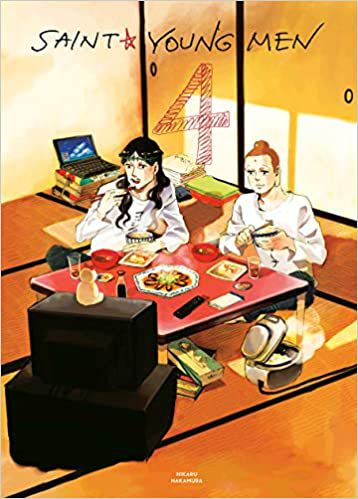 Okay, yes, I have been very shouty about Saint Young Men for a while, but omnibus 4 just came out so it feels like an excellent time to remind everyone that this book exists and that it took a decade for an American publisher to get over themselves and snag the English rights.

In this volume, much of what Jesus and Buddha endured as enlightened beings, and how they’ve leveraged that in various ways while on their gap year, comes back around and forces them to contemplate exactly what they’ve learned thus far and how far they still have to go in their understanding of not only humanity but also themselves. They also find, however, that without looking, or realizing it, they’ve become the friends they each needed. 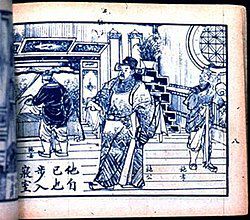 I got stuck on “l.” While there are plenty of gods and monsters whose names start with the letter, there don’t seem to be many comics about said entities, at least not ones I haven’t already used for something else. What I did find, however, is a little bit of history about comics in China so I thought I’d share that instead.

Lianhuanhua were palm sized books that featured sequential pictures on successive pages (the umbrella term wasn’t used until the early 20th century; prior to that each region had its own name for the collections). Magazines were the first to experiment with the technique in the 1880s and by the 1920s, kiosks on the mainland and in Hong Kong rented Lianhuanhua books for a fee. The art had declined by the 1940s, experiencing a brief resurgence in the ’70s and ’80s as a medium for film and television adaptations, and eventually gave way almost completely to manhua and manga translations (and is cited as a precursor to both). 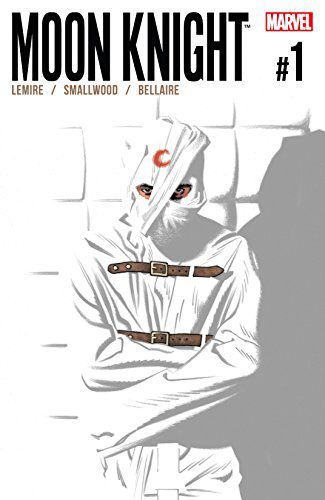 Okay, this one is a little bit of a cheat but there are plenty of arguments for comics as modern mythology and I have a point so bear with me.

I happen to think Oscar Isaac would make a fantastic Moon Knight. But. Here’s the thing.

I think Moon Knight should be played by a Jewish actor. Not only because the character is Jewish, though that’s part of it, but because Marc Spector’s entire being is rooted in (albeit a very extreme form of) the Jewish diaspora experience. Like many of us, he walked away from a traditional upbringing thinking he was leaving Judaism behind only to discover that isn’t actually possible. You can’t separate yourself from Judaism because if you were born into it, it’s what you are. You can be Irish Catholic. You can be Greek Orthodox. The only time someone has ever cared if I was a Russian Jew is when they were deciding which genetic testing I needed to have when I was pregnant because my husband is also a Russian Jew.

If you are born Jewish, you are always Jewish. That is your identity. I haven’t been to synagogue without being dragged by family obligation for almost 25 years. I’m still Jewish. My values, my morals, my belief that to take a life is to destroy a world? My belief that the point of being alive is to do good here and now? Not Russian, not Polish, not Austrian. Jewish.

Marc Spector is Jewish and whoever plays him needs to understand on a deep level what that means. Especially because his superhero origin is a Jewish man being possessed by an Egyptian god.

Sit with that for a second.

Sorry, Oscar. I never thought I’d say this, but this one isn’t for you. 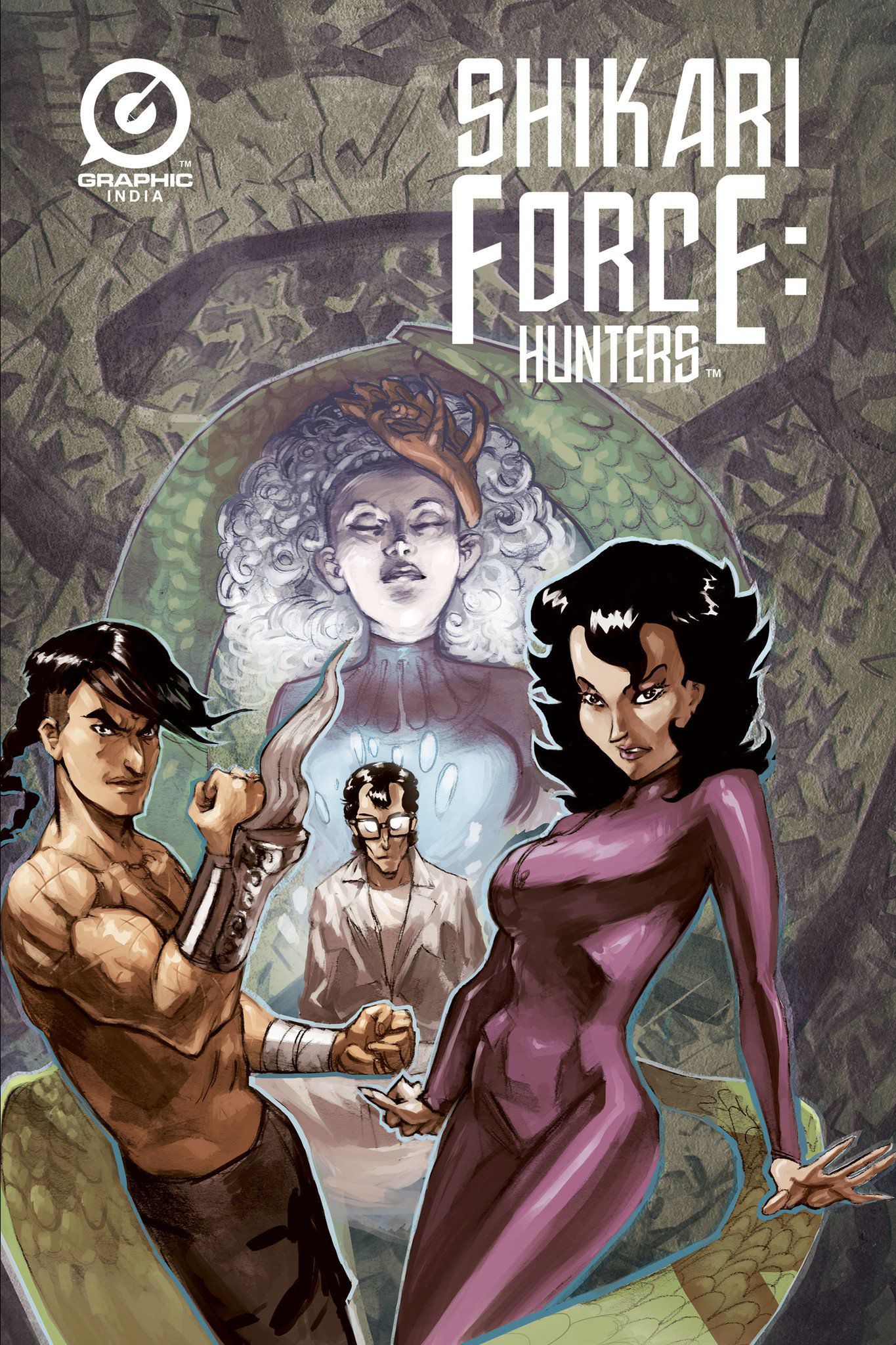 I’m not 100% sure what I’ve found here, but Chadda wrote the most excellent Ash Mistry series, a fantastic story in From a Certain Point of View: The Empire Strikes Back, and has a book coming out later this year under the Rick Riordan presents label, so whatever it is, I have to trust that it’s decent. An update of the naga legend to be sure, but Chadda knows his mythology and he knows how to play with it so it stays connected to its origins but evolves into something novel and fun so, again, I am for sure down. Besides, assassin/demon hunter dating daughter of a demon + brilliant scientist hunting ancient snake people sounds pretty rad. 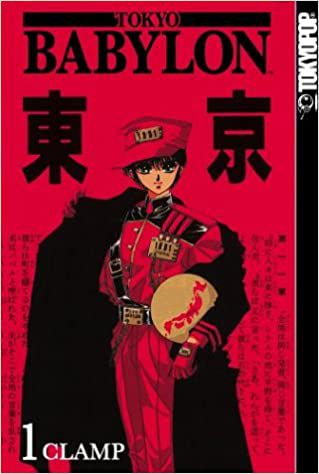 Sumeragi Subaru, scion of the Sumeragi clan, is a powerful onmyoji, an occultist, charged with protecting Tokyo against an onslaught of hungry ghosts and unsettled spirits. Sent to assist him is his sister Sumergi Hokuto, fashion queen and matchmaker, who is absolutely certain her brother should be dating handsome veterinarian Sakurazuka Seishiro. But Seishiro is hiding powers of his own and another secret that may mean Subaru’s destruction.