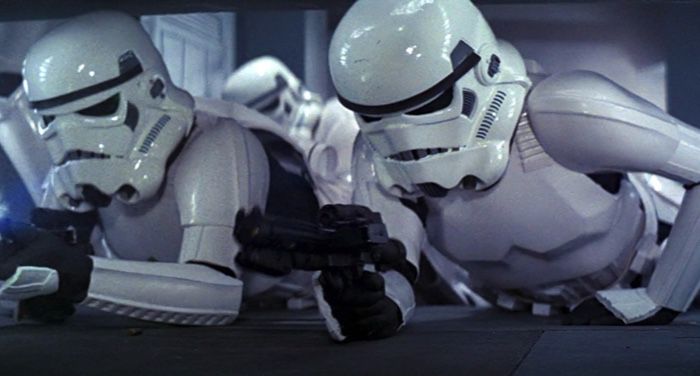 You probably know someone who’s been vibrating with excitement since San Diego Comic Con 2018 when Dave Filoni surprised the audience by announcing the 7th and final season of the beloved Star Wars animated series was in production. After an excruciating wait, we woke up on February 21, 2020 and ran around yelling (both digitally and physically), “It’s Clone Wars day!” And we watched and our boys are back and Ahsoka is back and it’s gorgeous and it feels like the show had never gone off the air. 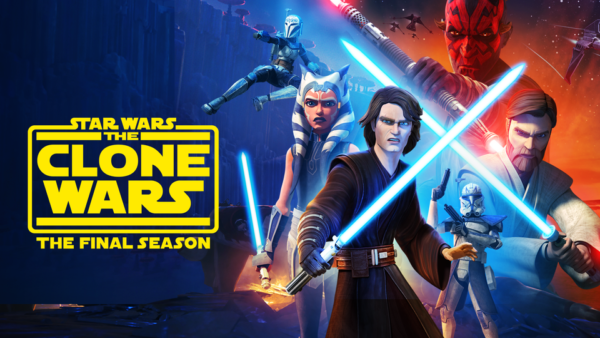 As in Star Wars, clones are a long standing theme in comics: unwilling clones, secret clones, evil clones, bizarre clones…You name a clone, it’s been in a comic. They reflect what’s best in humanity. Or what’s worst. Out hopes. Our dreams. Our fears and mistakes. Clones are our test runs and our do overs. So, in honor of the return of The Clone Wars and the work clones have done on our behalf, I wanted to shout out some of my favorites.

Keep in mind that the science on most of these is shaky at best. I am aware of this shortcoming. Consider the hands waved.

I wish that, by waving my hands, I could summon more non–cis men to create in this small corner of the comics world. As it stands, the teams are heavily weighted in that direction. Interesting especially since, if we did decide to actually science here, all clones would, by virtue of human genetics, have to be female…perhaps it’s time to work that disparity out… 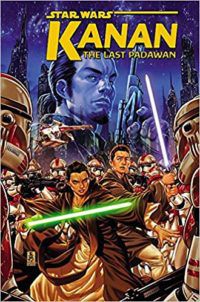 If you watched Rebels, you know Kanan Jarrus, former Padawan and survivor of Order 66. We know he endured terrible tragedy at a young age; as with many trauma survivors, he isn’t big on talking about his past and while Rebels ran a healthy four seasons total, we never got more than occasional mentions or allusions to his Clone Wars experiences or the gap between the death of his master and his meeting Hera Syndulla and joining the Rebellion.

Enter the Kanan, The Last Padawan creative team. Kanan and the rests of the Ghost‘s crew are on a mission for the Rebellion but the Jedi is surprised to learn they’ll be landing on Kaller, the planet where he barely survived the most horrific night of his life: the night the clones Gray and Styles, his friends and brothers, turned on the Jedi, slaughtered Kanan’s master Deepa Bilaba, and attempted to murder Kanan as well.

Gray and Styles are fantastic characters. They are teachers and protectors, trustworthy and brave. The accept Master Bilaba despite her checkered past because they understand the way war works. They aren’t above teasing new soldier Kanan, but they also respect his abilities and his enthusiasm, the fact he treats them not as weapons but as people. They’re the first family Kanan has had since being taken from his birth family to be raised at the temple. Which, of course, makes their betrayal, no matter how unwilling,  all the more horrific.

There’s a twist at the end I’m not going to give away—a lot of folx slept on this book and I’m hoping you’ll all go pick it up—that makes these clones even more memorable. It will also shed some light on Kanan’s mistrust of clone, which we see play out in the Rebels episodes during which he first interacts with Rex, Gregor, and Wolf. 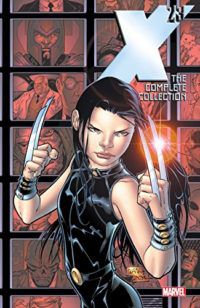 Like Harley Quinn, Laura Kinney was first introduced on an animated series (2003’s X-Men Evolution) before making the transition to comics in 2004.

After several failed attempts to recreate the original Weapon X project, Martin Sutter recruited geneticist Sarah Kinney to create a clone from Logan’s remaining tissue sample. Kinney was forced to act as a surrogate for the clone and though she tried to impart some humanity to Laura after the child’s birth, Laura was trained and used as a killer. Laura eventually escaped and found Logan, who admitted he knew of her existence but had done nothing to free her from captivity. After a period of homelessness, she returned to Xavier’s school and was trained as an X-Man. She has also been a member of X-Force, an Avenger, a member of The Wolverines, and then took up the mantle of Wolverine after Logan’s death. She later relinquished the title (after Logan was resurrected. Again) and became X-23 once more.

Laura’s powers are similar to Logan’s though she has a single claw in her hands and one in each of her feet. She isn’t afraid to draw blood and she doesn’t have a lot of guilt about it either, a freedom usually reserved to male heroes and one of many reasons Laura is a favorite of mine. 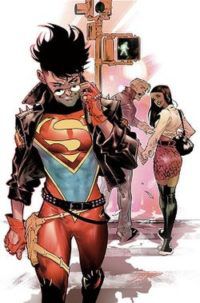 Okay *cracks knuckles.* This is where it gets weird.

Conner’s genetic origins have been mucked about with several times over the last two decades. When he debuted in 1993, Superboy was as straight-up Superman clone. In 2003’s Teen Titans #1 relaunch, somepony decided it was a good idea for Conner to be a human-Kryptonian hybrid and decided the Kryptonian should be Superman and the human should be Lex Luthor. That’s right, friends, from 2003 to 2011, Conner Kent was in fact Kal-El and Lex Luthor’s love child. 2011’s New 52 initiative bleached our eyeballs and declared Conner the product of not two but three germ lines, none of them Lex’s.

Conner has been a solo hero, a member of Young Justice (my favorite Conner is actually the one in the Young Justice animated series though my favorite Superboy look is 100% the current comics one), and the Teen Titans. As usual, there is dying and resurrecting.

Honorable Mention: I refuse to give air time to the writer on this series so I can’t go all out, but honorable clone mention to Jarro.

Whether they’re part of the drama, part of the humor, or simply absurd, clones are a way to reflect our potential and hopes and/or our demons and our fears. Either way I plan to continue confusing all kinds of people by wearing my shirt that declares “This is my clone,” which, luckily, the TSA agent at my local airport found very humorous the last time I wore it for a flight.